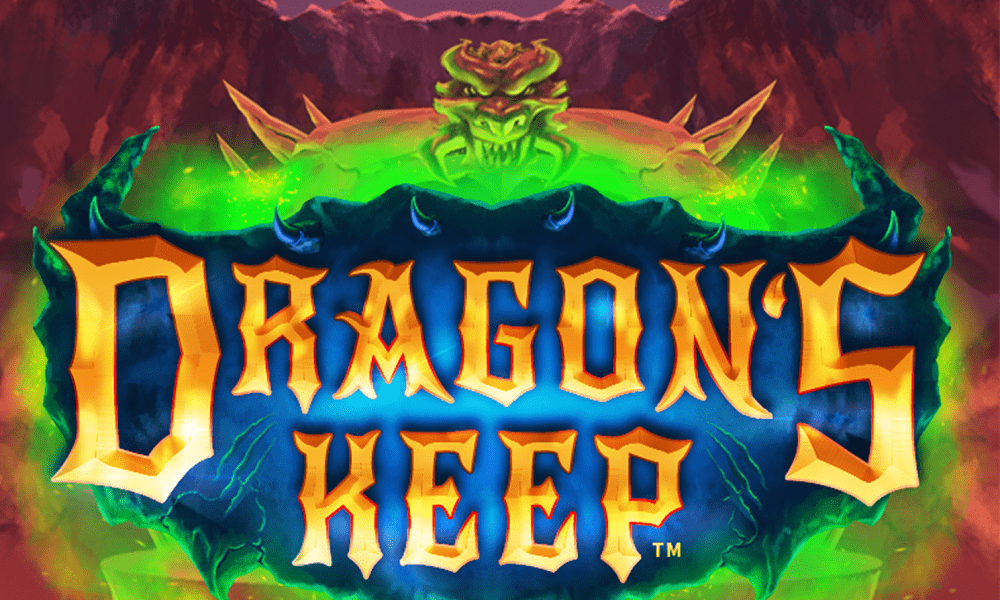 In the wild, weird world of swords and sorcery, one creature rules the roost above all others. Play Dragon’s Keep now

Ogres aren’t all that; goblins are no great shakes. Even the orc is kind of iffy when you get right down to it. Nope, if you’re really looking for the apex predator of the fantasy genre, there’s only one option.

Scaly-skinned flying serpents that breath fire and leave havoc in their wake just cos it’s so much fun? That’s the real way of the dragon.

And while the dragon’s apparent entire raison d’etre of accumulating vast troves of gold ultimately seems a bit pointless – he’s a dragon, what’s he gonna spend it on? – let’s not get hung up on details.

While the dragon might not have a lot of use for his treasure, perhaps you do. Which is where this new five-reel, four-row release comes in.

In Dragon’s Keep, new from Games Global and Gold Coin Studios, discover a diabolical world of winged monstrosities – together with a beguiling array of riches, too.

There’s more than a few ways to give yourself a shot at seizing this dragon’s gold, too. If a Wild symbol lands on the same reel as a multiplier value (they can appear at the top of the reels), you’ll be awarded a Travelling Multiplied Wild. 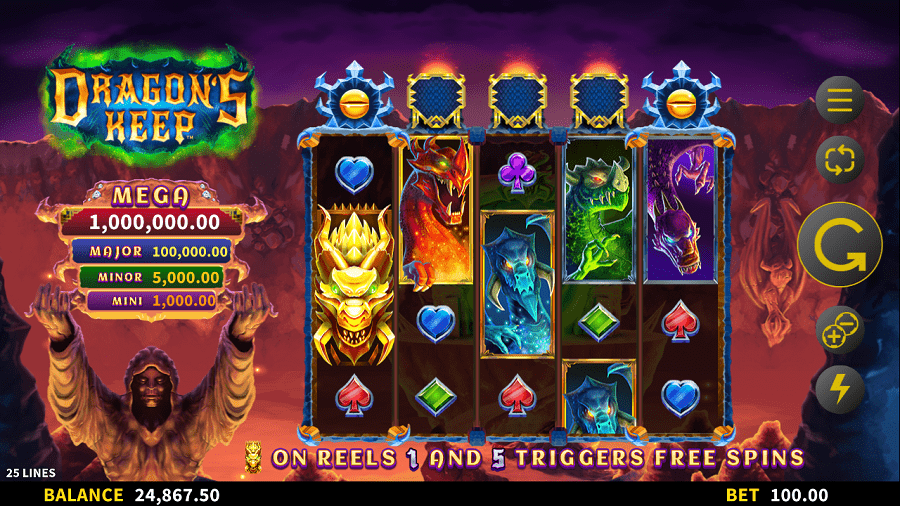 These Wilds multiply line wins, and travel down one reel position with each wagered spin.

Of course, there’s a Free Spins feature too; if the Golden Dragon symbol lands on both the first and fifth reel in the same spin, you’ll trigger 10 Free Spins.

During the Free Spins, any Wilds that land on the central reels will remain locked in place for the remaining Free Spins.

The Golden Dragon can award a random multiplier to a random central reel position on any spin, too. Better yet, the multiplier can be applied to a locked wild, too!

What’s more, if the Golden Dragon symbol lands on both the first and fifth reel during the Free Spins, you’ll trigger the Golden Dragon Prize Wheel. With a spin on this wheel, you can win one of four jackpot payouts; the mini is worth 10x, the Minor 50x, the Major 1000x, and the Mega 10,000x!

With staggering prize potential up for grabs, plus spectacular visuals and sound to make the experience all the more engrossing, this house of the Dragon is definitely worth a visit.

Released 14th December 2022. In the meantime, visit 32Red Casino to check out a wide range of table games and slots!

Continue Reading
You may also like...
Related Topics:Dragon’s Keep, featured