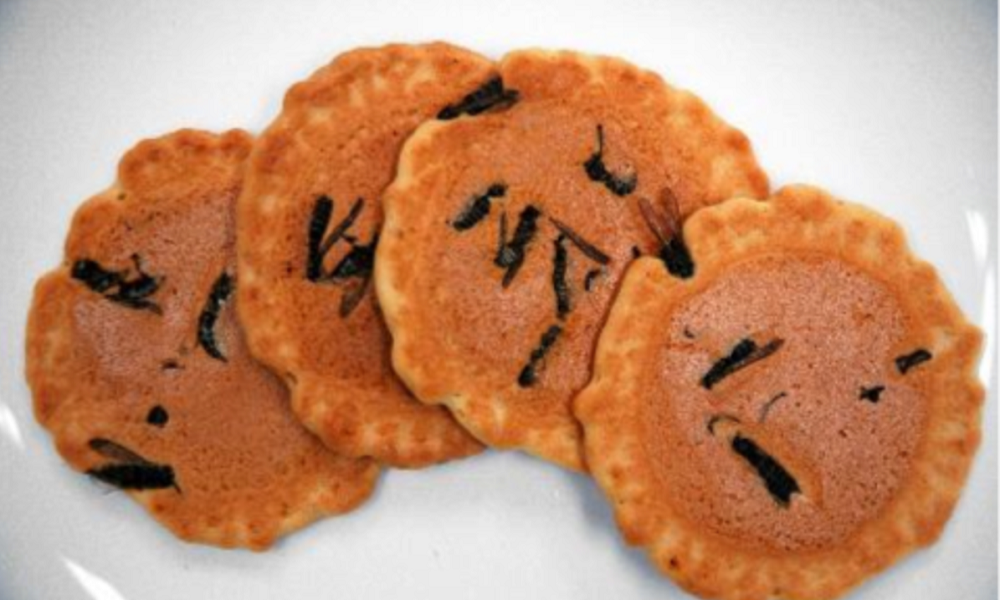 Eight of the world’s weirdest takeaways

It’s fair to say that here in the UK, we enjoy our fair share of unusual takeaway food. From chowing down on deep-fried Mars Bars to eating curries so spicy you could find yourself in need of an arse transplant, there’s some weird, wild food out there.

But step outside your comfort zone to try some world cuisine and you’ll find meals that wouldn’t look out of place in a challenge on I’m A Celebrity, Get Me Out Of Here (which you can play with 32Red, if you fancy it – right, that’s the plug out of the way). Here, then, is the crème de la crème of kooky comestibles. 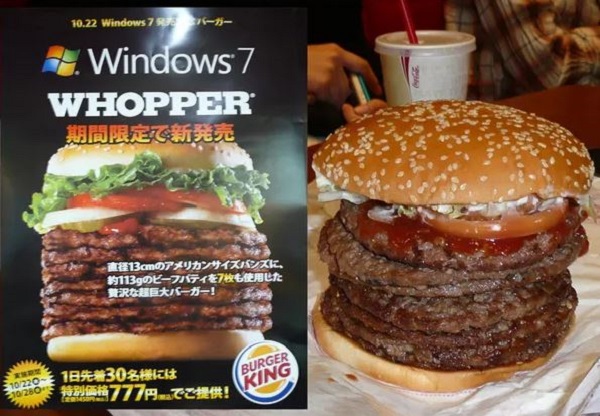 Let’s start off with a relatively conventional item – albeit one that’s been pushed beyond all rational limits. A burger devised to promote a PC operating system, you will no longer find the Windows 7 Whopper on sale at any participating Burger King – and frankly, why would you want to?

Disproving the adage that you can’t have too much of a good thing, the Whopper is Burger King’s flagship burger, presented with the usual combination of salad and sauce – but with seven slabs of beef contained within the buns. Impractical to handle, impossible to eat without dislocating your jaw – and just too damn beefy. This is a Whopper too far. 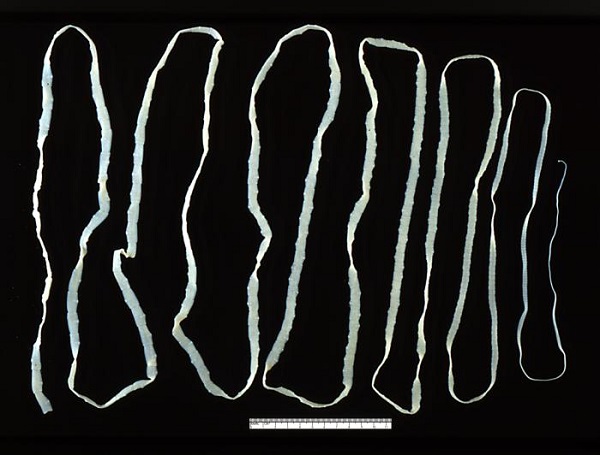 Sushi’s not weird, right? Okay, it is a bit weird to eat raw fish, but it’s a fairly common practice – so this can’t be that much of a food-based portal into unimaginable Lovecraftian horror, right?

Wrong. Read this and you may never want to taste a bite-sized piece of salmon and rice again. Yes, it turns out that the simple act of eating sushi can transform your life into some kind of David Cronenberg-style nightmare of revulsion.

You see, if sushi isn’t prepared properly, parasites can lurk within the food. And if you’re unfortunate enough to eat one of the contaminated samples, woe betide you. The microscopic little critter lurking within your lunch can grow within you – as an unnamed California man found out to his distress back in 2017.

Look away now if you get queasy easily –  because on taking a trip to the bathroom, the poor sod discovered there was a five-foot tapeworm living within him. Because part of it was dangling out of his arse. A trip to the doctor’s confirmed the awful truth – the parasite had entered the patient’s body through some badly prepared sushi, a ‘treat’ that the man ate every day. Though we’re suspecting he may now have modified his diet… 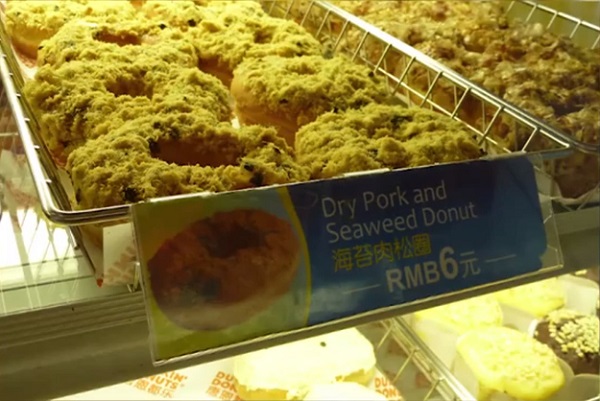 Surely the only donut in Christendom that Homer Simpson has never drooled over, this savoury spin on the classic ring-shaped dessert is an affront to decency, an abomination, a pretty bad idea. At least, that’s how it sounds – it might even be tasty in its own way, but come on, who wants a savoury donut?

If you are prepared to forego social norms and chow down on this oddity, you’ll need to head over to China, where seaweed is a pretty popular item. Still, having it on top of a glazed donut? Come on, there’s a limit here… 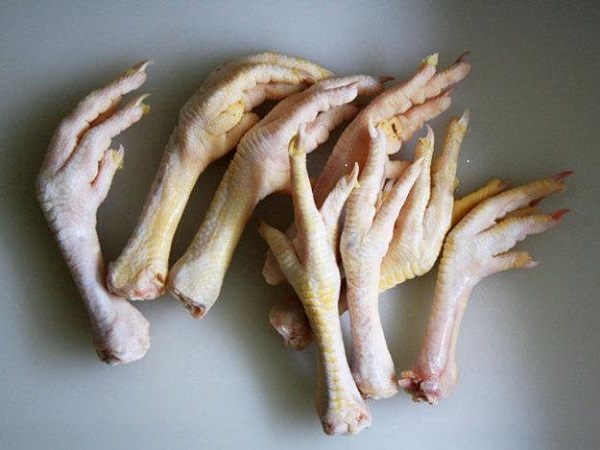 Of course, if you are in China, you’ll certainly find worse things to eat than donuts decorated in tumbleweed from the ocean. Like chicken’s feet for instance. Some foods just seem wrong, and as a concept, the idea of munching on a chicken’s foot for sustenance just smacks of madness.

If you’re determined to eat like a native, however, drop by any Chinese market and you’ll find this particular delicacy. Let’s face it, they look absolutely gross, like some kind of disembodied demon’s hand. But it does seem this snack is a healthy one, bizarrely – with plenty of collagen, it’s supposedly good for your skin. Your tastebuds, not so much…

Scorpion on a stick 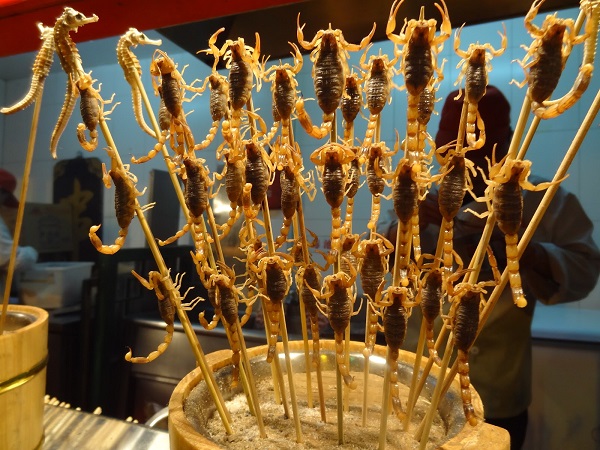 We’re into the real weirdies now. As far as we’re concerned, any kind of creepy-crawly is a no-no when it comes to food, but an oversized predator with a massive great stinging tail? Christ on a bike, that’s pure insanity, surely?

Well, not in China, where the locals seem to take great delight in serving up the most unappetising looking grub you’ve ever clapped eyes on. The scorpions can be found in street markets in China – in some cases, the critters are still live before the merchant dips the poor little sods in frying oil and then handing it on to you. It’s crunchy, it’s crisp – but goddamn it, it’s a fried scorpion. Maybe we’re just not that adventurous… 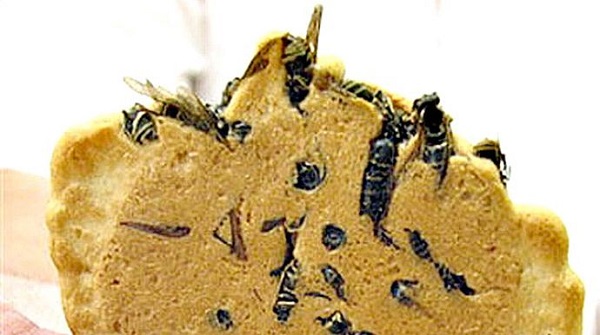 A scorpion on a stick is wacky, but if you’re determined to prove your willingness to embrace bizarre foodstuffs, we can just about get our heads around eating one. Wasp Crackers though? That shit is straight out of a terror-inducing fever dream. You think you’re chewing on a conventional, delicious cookie, and then the true horror of what you’re munching on becomes apparent.

Nevertheless, this is a real food. Head to Japan and you’ll find this belief-defying snack. The wasps aren’t even special tasty ones – this is a normal biscuit made nightmarish, like a garibaldi where the manufacturers have replaced the raisins with something that likes to sting you. It’s something only a madman would bake, and only a masochist would eat, surely. Wasp crackers. Jesus. 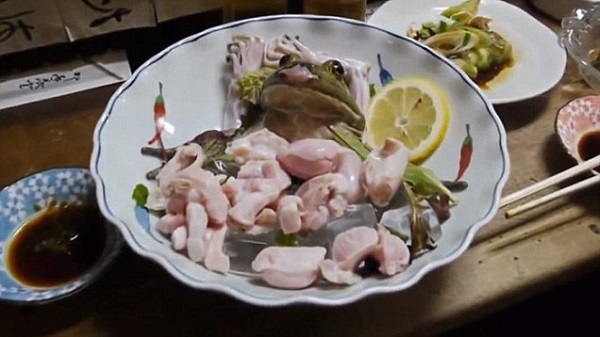 There’s no getting away from it, the Japanese have some offbeat ideas when it comes to food. ‘Frog sashimi? What’s that,’ you ask. ‘Surely it can’t be any worse than standard frogs legs.’ But it can, my friend. And how.

Order Frog Sashimi from one of the admittedly rare places that sell this unique dish, and you’ll be presented with a still (barely) live amphibian, it’s chest cut open so that you can access its still beating-heart AND EAT IT. It’s alive, and you’re dining on its heart, like some deranged serial killer, an amphibian Hannibal Lecter. Seriously, we’re going vegetarian. 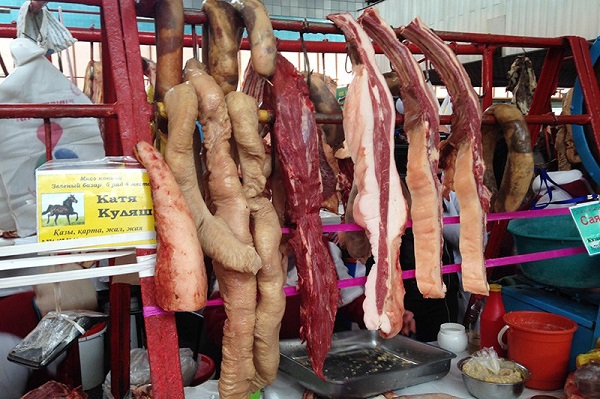 Word is, this Kazakhstan dish actually tastes pretty good. Maybe the marketing guys should come up with a different name for it, though.

Need some light relief from the terrifying world of exotic takeaways? Don’t forget to pay our casino a visit – check out the full range of slots, table games and more at 32Red.