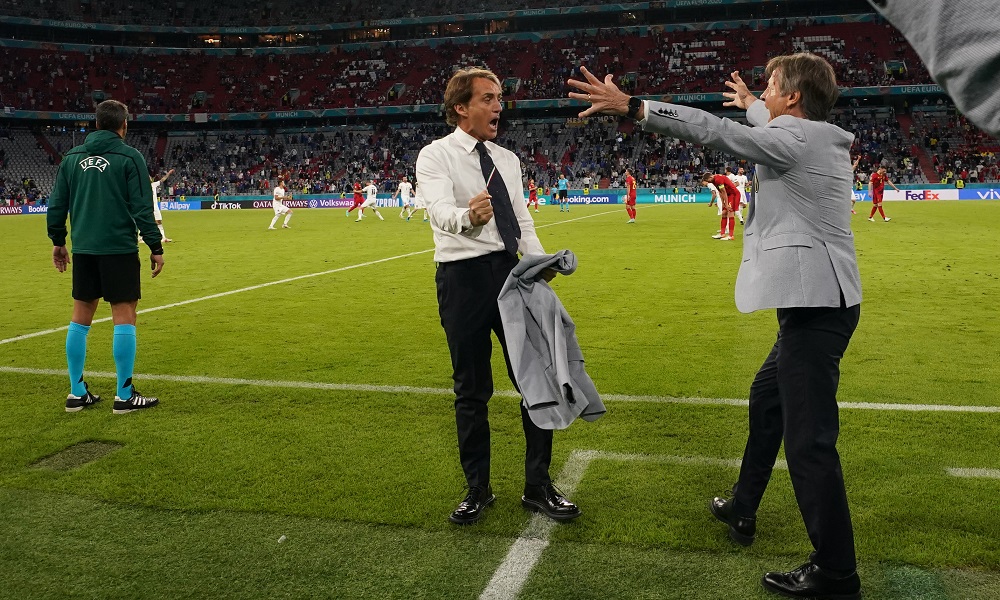 Spain almost blew their chances of making this semi-final; unable to break down a Swiss side who had survived extra time with 10 men, Luis Enrique’s side had to rely on penalties to progress.

Unbelievably, La Roja had missed each of their last five penalty kicks – and when Spain’s captain Sergio Busquets took the first penalty kick against Switzerland, he hit the post.

That set the tone for a penalty shootout of lamentable quality – but with Switzerland’s players proving similarly undistinguished, it was eventually Spain who booked their place in the last four.

On the evidence of that quarter-final, Italy probably won’t see much to fear when the two sides meet at Wembley on Tuesday night. Spain have drawn four of the five games they’ve played in this tournament in normal time, requiring extra time to progress past Croatia, Sweden and Poland.

Spain just don’t seem capable of killing games off. In contrast, Italy have drawn one game, and have for the most part looked a team in control – certainly in their last game against Belgium, where they won 2-1 and showcased an infuriating but effective ability to break up the action.

Roberto Mancini’s team are a fine side who have played exciting football in this tournament. But against the Belgians, they also prominently displayed a less attractive aspect, the ball in play for just nine minutes of the last 20 of the game as players hit the deck at the slightest provocation, eating up time, exasperating the opposition.

Italy won cynically, when they might simply have won. Still, that ability to earn the win by any means necessary reflects a ruthless approach that Spain seem to be lacking.

Any side that can score 10 goals in two games at a major tournament, as Spain did against Slovakia and Croatia, is always going to offer a threat. Still, it’s not a revelation to suggest that Italy seem to have the edge over their opposition in terms of sheer will to win.

Recent history is in Spain’s favour, though; last time the two sides met, Spain won 3-0 – that was four years ago, in a World Cup qualifier. And in the Euro 2012 final, the Spanish took Italy apart 4-0.

For Italy, Leonardo Spinazzola’s absence through injury will be a notable miss – he has twice been named star of the match in Euro 2020 – but otherwise Italy are strong in every area. This is not a team of superstars, but of reliable, well-drilled players, all striving for the unit as a whole.

They can outsmart this Spain side – and with every game they’ve played so far featuring three or fewer goals, it could be worth backing under 3.5 in the Total Goals market, too.