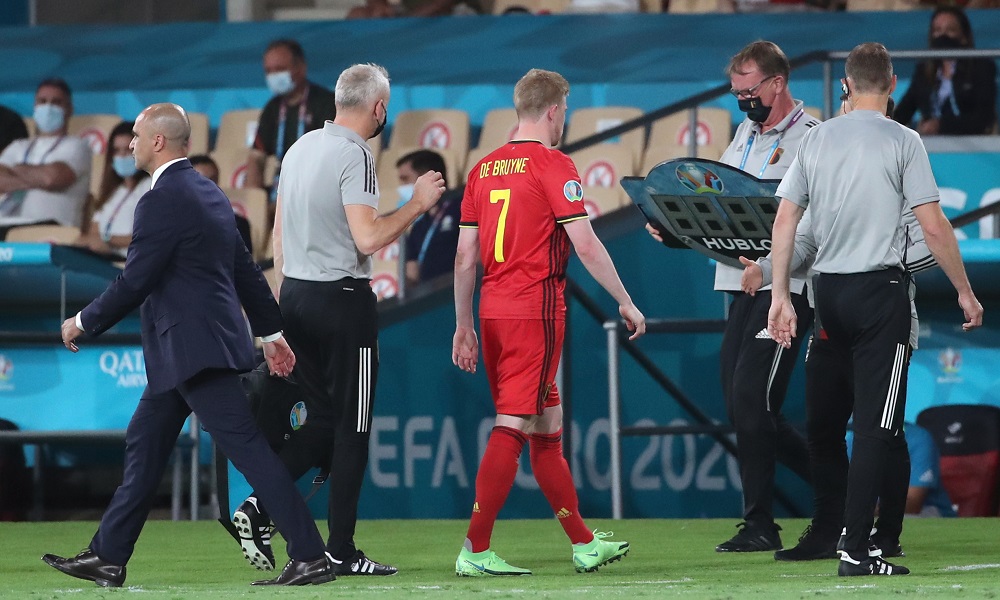 Don’t dismiss the Swiss? It’s not a concept we’ve put much stock in ‘til now. But after Monday’s maelstrom of football at its most chaotically unpredictable, all bets are off (not literally, that would be commercially unviable – management would like to assure you that all bets are very much on).

The hitherto unremarkable Switzerland stunned football fans around the world as they dumped France out of the Euros on Monday, the likes of Haris Seferovic and Mario Gavranovic going toe-to-toe with superstar Instagram influencers Paul Pogba, Kylian Mbappe and co.

With the score 3-3 at the end of the regulation 90 minutes, and even extra time not enough to settle the contest, Switzerland eventually won out through a penalty shootout – in doing so earning their first win in a knockout stage of a major tournament since the 1938 World Cup. Try being neutral about that, cuckoo clock boy!

Spain’s own route to the quarter-finals was scarcely less eventful, Luis Enrique’s side conceding a quite ridiculous own goal to get proceedings underway against Croatia, fighting back to take the lead – only to see the Croats level the scores at 3-3 in Monday’s early round of 16 game. Spain would fight back to win 5-3 in extra time.

After two such riotous feasts of footballing excellence, you might be thinking the madness must inevitably simmer down a bit for Friday’s first quarter-final. Switzerland are clear underdogs, though the last time they met Spain at a major championship they won – it was 1-0 at the 2010 World Cup, during the group stage.

It might be a bit livelier than that here, though. Spain have found the net 10 times in their last two games, Switzerland six times in their previous two matches. With the “we’re-gonna-score-one-more-than-you” approach apparently inspiring both sides, who’s to say this one won’t be a humdinger, too?

Switzerland have shown they can take on the biggest names and come out on top; Vladimir Petkovic’s side are 23/5 to win, and after Monday’s heroics, it wouldn’t be that outlandish if the team could pull off another shock result in St Petersburg. Switzerland or the draw in the double chance market is a 5/4 shot, and it would certainly be no surprise to see this end all square after 90 minutes.

Otherwise, if you’re thinking the goals will continue to flow, you can get evens on over 2.5 goals. For those of a more optimistic mindset, you can get 15/1 on over 5.5 goals, which would have come in during each of these sides’ last outings, but y’know, is a little improbable here, hence the price.

It’s off to Munich for the second of Friday night’s quarter-finals, and while nothing has been officially confirmed, there’s a fair chance that the Belgians will be without both Kevin De Bruyne and Eden Hazard, after both players were injured during the win over Portugal on Sunday.

The absence of Eden is unfortunate – but Kevin De Bruyne being side-lined could be desperately sad news for the Belgium nation, with the Man City midfielder looking integral to the side’s hopes of progression.

With Eden’s brother Thorgan scoring last time out, and Romelu Lukaku still posing a considerable threat, it’s not over for the Belgians. But the Italians have been impressive so far, and Mancini’s side seem the likeliest victors; certainly according to the odds compilers, who make Italy 27/20 to win in 90 minutes.

When these two sides played each other at the 2016 Euros, it was Italy who excelled, the Italians winning 2-0 against a Belgium side that didn’t meet expectations on the day. This time round, the Belgium’s injury woes mean expectations may already be plummeting.

The De Bruyne situation means that sadly, we probably won’t see the contest that could have been. With the choice between an Italian side who’ve seen it all before, and a Belgium team that always seems to fall a little short, Italy may well find a way to progress to the semi-finals, one way or another; they are 13/20 to go through.

Continue Reading
You may also like...
Related Topics:Belgium vs Italy, Euro 2020, featured, Switzerland vs Spain