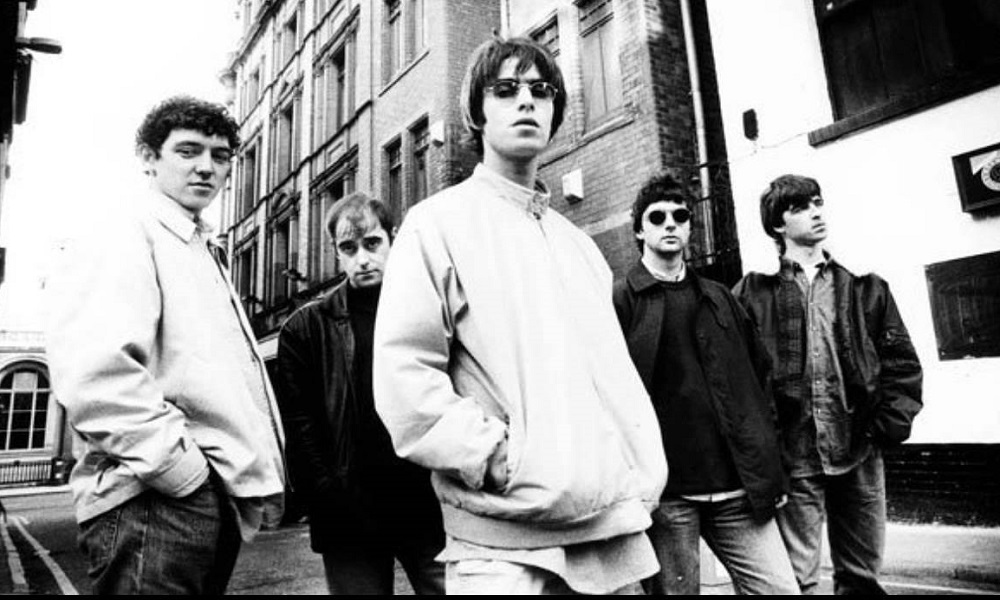 Still, in 1994, Oasis didn’t exactly fit in with the prevailing musical trends of the day. These were the dog days of grunge, the dying embers of an American musical movement that had dominated the alternative scene since 1991, even breaking through to the mainstream thanks to Nirvana’s Smells Like Teen Spirit.

But with the buzz about bummed-out guitar rock abating – and scene superstar Kurt Cobain leaving no doubt the party was over when he took his own life in April 1994 – indie music needed a shift in direction.

And somehow guitarist and former Inspiral Carpets roadie Noel Gallagher found himself in the right place at the right time.

As did I. The first ever gig I saw was Oasis – it was in March (or possibly April) of 1994, in Southampton’s legendary Joiners Arms pub; there’s a bar at the front, while the band play in the backroom. I believe I paid £4 quid to get in, and for that I also saw support act Whiteout, who, let’s face it, rarely get a namecheck these days.

Oasis hadn’t yet released a record, though their debut single, Supersonic, would hit the high street very soon afterwards. The only reason I was at the gig at all was because of my love of the Stone Roses.

For years, I had been keeping an eye on music press like the NME and Melody Maker for any news on the brilliant Manchester band that had promised so much five years earlier, then nonchalantly vanished (see here for more about that).

News on the Roses was virtually non-existent, but in late ’93 Oasis would appear in the music paper’s live reviews section, where comparisons to John Squire and Ian Brown would compel me to check out the newcomers.

So how were they then? Well, my recollection is they played about five songs, had a bust-up on stage, and walked off without performing the live version of I Am The Walrus that was supposed to be a highlight of their set. Yep, that dynamic of seething hostility between Noel and Liam was there right from the very beginning.

After the gig, the band repaired to the bar in the front room – Liam at one end, Noel at the other, neither man talking to the other. They were probably hoping for a more enticing distraction from their woes than me and my mate, but groupies were conspicuous by their absence at that point.

Still, I will forever be a little bit chuffed by Liam complimenting me on my Roses t-shirt before having a friendly chat with us.

After the gig, I bought the first four singles that Oasis ever released on the day they appeared, bought Definitely Maybe on vinyl, and saw the band another couple of times that year – at Sheffield Leadmill in the summer, and then at Southampton Guildhall at the tail end of ‘94.

Aiming to combine the spiky sneer of the Sex Pistols with the melodic might of the Beatles, Oasis gave brilliantly gobby interviews and had rock n roll swagger by the gallon.

Within another 12 months, they would help spearhead the so-called ‘Britpop’ scene, go head to head with Blur for the title of the UK’s most essential indie band – and release What’s The Story Morning Glory, in the process becoming arguably the UK’s biggest band of that era; and indeed, one of the biggest UK bands of all time.

Still, the Stone Roses were better.

Continue Reading
You may also like...
Related Topics:featured, i am the walrus, liam gallagher, noel gallagher, Oasis, supersonic, The Stone Roses