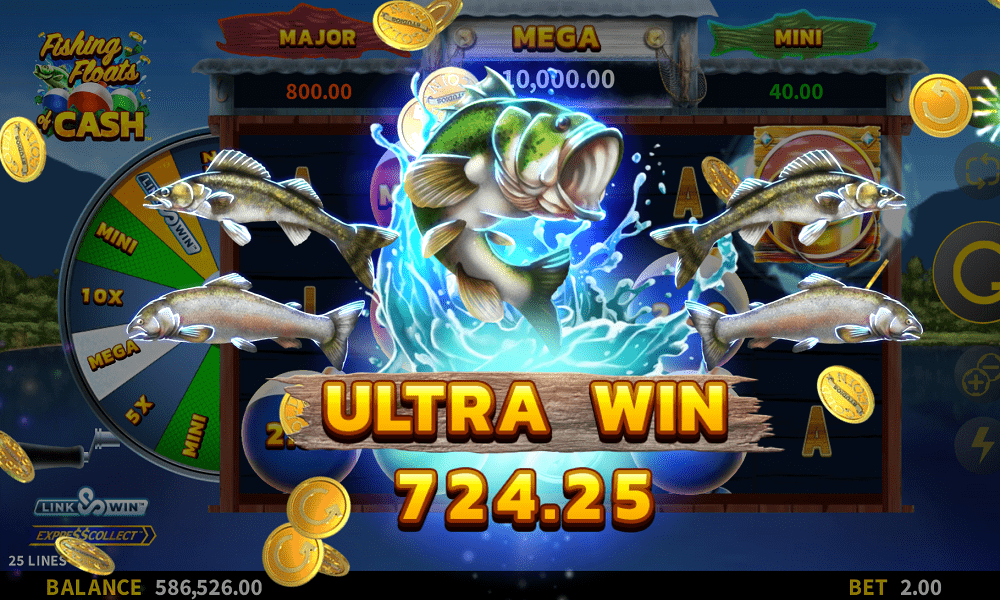 Wetter. Wilder. More ferociously finned than ever before. Never mind the pollocks – here comes Fishing Floats of Cash! Ready to take the bait?

New from Games Global and Gold Coin Studios, you’ll find a five reel, three row set-up, together with the calming backdrop of a peaceful lake – just waiting to be plundered.

The reels are choc-a-block with Float symbols, each of which carries a prize value. If these float symbols land at the same time as a water bucket symbol on the fifth reel, the ExpressCollect symbol feature is triggered.

Basically, the value of each float symbol on the reels will be collected and awarded, offering the player a chance to reel in a sizable payout if your luck’s in.

As well as the various cash values, there are also three jackpot amounts – Mini, Major and Mega. Mini and Major can appear on the floats, while the Mega jackpot, worth 5,000x your bet, will be paid out either through Link&Win or the Wheel Bonus.

To start up the Wheel Bonus, you’ll need to land a Bonus symbol on the first reel together with the water bucket symbol on the end reel.

Then you’ll take a spin on a bonus wheel with a range of segments, each featuring a different prize. 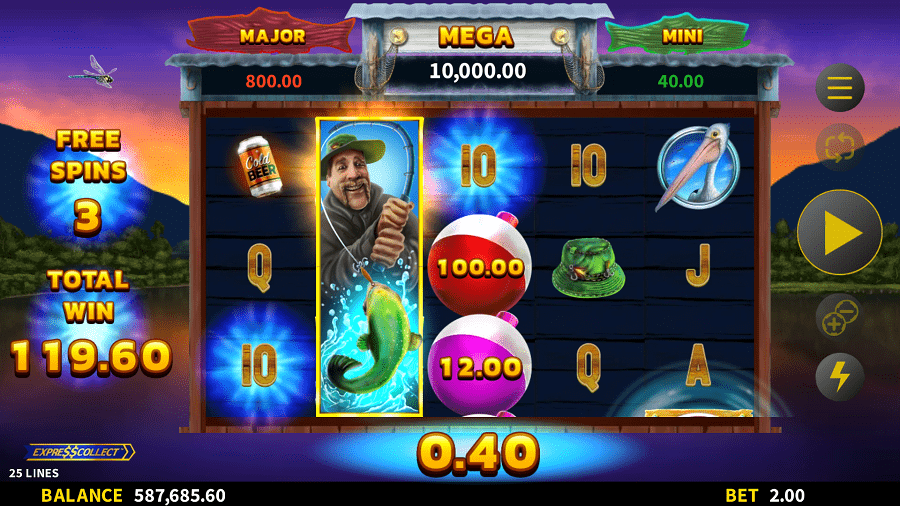 These range from ExpressCollect prize wins to the three jackpots, or a turn on the Link&Win feature. Major and Minor wins can also be multiplied by a multiplier win.

Back in the base game, you can also trigger a Free Spins feature if three Scatters land on the reels.

Finally, don’t forget the Link&Win – if this is triggered, you’ll spin the reels trying to fill each reel position with ExpressCollect prizes. Fill each of the 15 reel positions and you’ll win that Mega prize…

It’s fair to say the world of piscine-themed slots is teeming with options. But with features aplenty and a number of ways to win big, this is a whole different kettle of fish alright. It’s a slot that’s definitely worth a nibble…

Released 21st December 2022. In the meantime, visit 32Red Casino to check out a wide range of table games and slots!

Continue Reading
You may also like...
Related Topics:featured, Fishing Floats of Cash