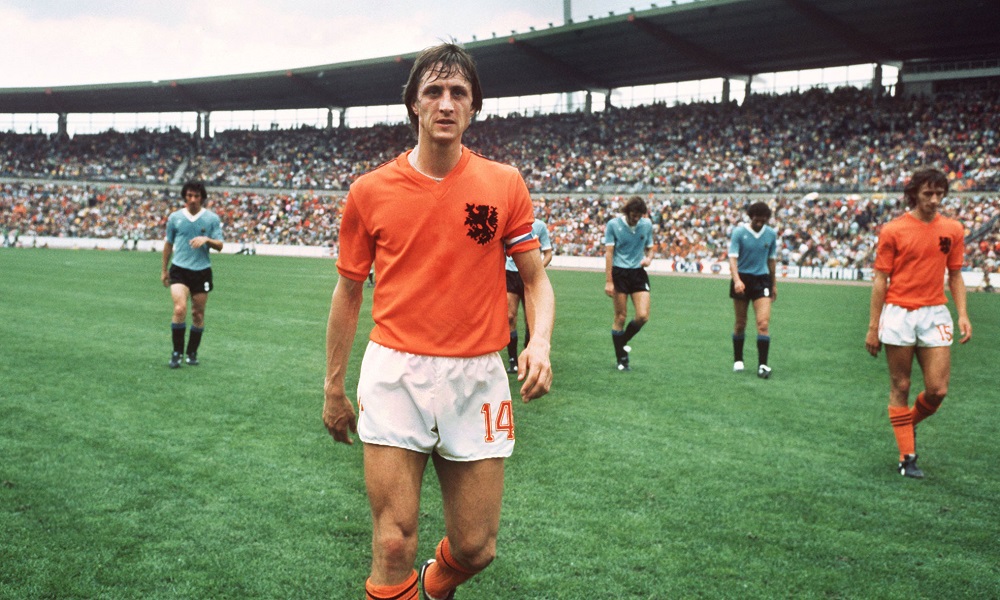 As players, they were hugely inspirational. And now Steven Gerrard and Frank Lampard are hoping to prove similarly influential in their latest roles, Gerrard with Rangers, of course, Lampard with Derby County.

Expectations are high for both men – so can two of the standout members of England’s Golden Generation deliver? It’s not going to be easy – but it’s certainly not unprecedented. After all, there’s a long list of fine players who quickly went on to prove themselves as maestros when it came to management, too.

Here’s five of the best: 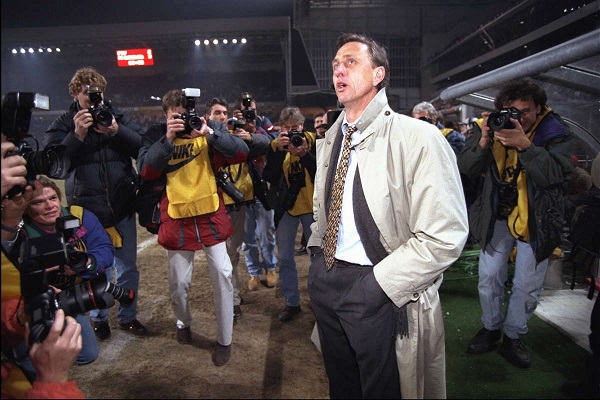 Cruyff was the Dutch master who personified that Netherlands ideal of total football, a three-time winner of the Ballon d’Or who achieved footballing immortality long before his death in 2016. The former Ajax and Barcelona star’s influence was huge – not least during the 1974 World Cup, where he produced a deceptive feinting move that would immediately enter the lexicon of football, the Cruyff Turn.

As a player, he won multiple league titles and European Cups, his talent so immense that in 1999, he was voted European Player of the Century. His style and personal politics added to his legend, too – passionately left-wing, Cruyff was intelligent and principled.

The Dutchman would make his managerial name in the mid-eighties with Ajax, enjoying Cup success with the side whilst earning a reputation for playing attractive, free-flowing football. But it was at Barcelona a few years later that Cruyff would cement his reputation as a coaching great, winning four league titles and the 1992 European Cup during a memorable stint with the Catalan side. 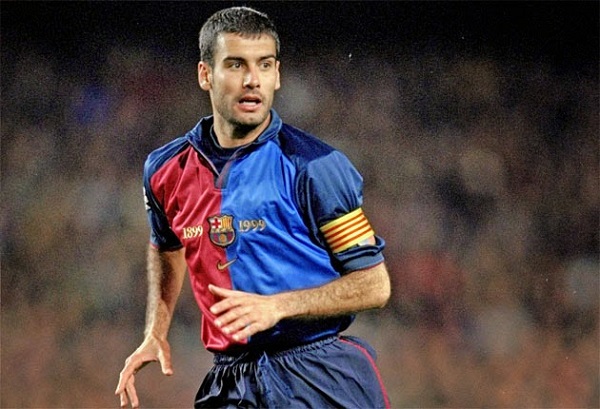 Guardiola played under Cruyff at Barcelona, winning six league titles and establishing himself as one of the finest defensive midfielders in world football. But it’s as a manager that Guardiola has become even more respected in world football, playing attractive, penetrating football, winning everything in the game, and making his blueprint for success work at Barcelona, Bayern Munich and most recently Manchester City.

Starting at Barca, in four seasons with the Catalan club Guardiola won La Liga three times, won the Champions League twice, and established himself as the hottest young manager on the planet. After moving to the Bundesliga he won seven trophies over the course of three years, including three league titles.

And having joined Manchester City in 2016, the Spaniard didn’t take long to get up to speed in the Premier League, finishing third in his first season with the club – and then going on to win the league with a record 100 points in the 2017-18 season, finishing 19 points clear of nearest rivals Manchester United. Still just 47 years old, Guardiola has talked of wanting to retire sooner rather than later, though he is contracted to stay at City until 2021; City fans will be desperate for him to stay on beyond that. 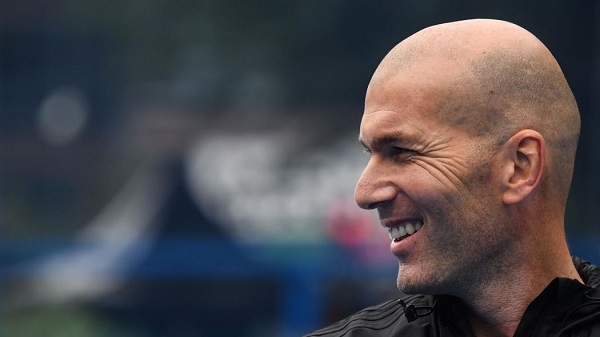 Zidane’s transition from elite player to elite coach has been truly remarkable. The Frenchman achieved the jaw-dropping accomplishment of winning three Champions League trophies in as many years.

He also won La Liga in his second season in charge at the club, should you be pigeon-holing him as a particularly capable Cup specialist. Still, Zidane’s scarcely plausible haul of trophies doesn’t tell the whole story – after a few disappointing results last season, most notably a Spanish Cup loss to Leganes, there was much speculation that Zizou was in danger of being sacked.

Dismissal never came, though given Real’s trigger-happy approach to management in previous years, perhaps Zidane really did come close to getting the heave-ho. Instead, he won his third CL title at the end of the season – then promptly quit. Currently enjoying some time out, Zidane has been linked with a move to Manchester United, should Jose Mourinho leave the club in the near future. Whatever’s next for the chest-headbutting maestro, it will be interesting to see if he can continue to impress away from Madrid. 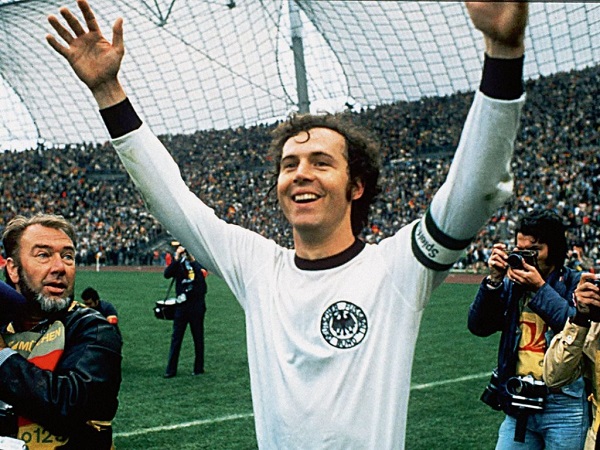 Nicknamed ‘Der Kaiser’, Beckenbauer is one of only three men to have won the World Cup as both a player and manager, captaining Germany in 1974 and then guiding them to glory in 1990.

Playing for Bayern Munich, Beckenbauer also won the Bundesliga on four occasions – and the European Cup three years in a row! After managing Germany, he also went on to coach Bayern Munich, winning the league with the German club. If further evidence of the man’s influence is required, Beckenbauer was once even namechecked in a Monty Python sketch…

If that’s not surreal enough for you according to Jurgen Klopp, it was Franz who told the Liverpool manager that Loris Karius’s recent Champions League nightmare was the result of a concussion, rather than simply some iffy goalkeeping. Proof that even in his later years, Franz has lost none of his old creativity… 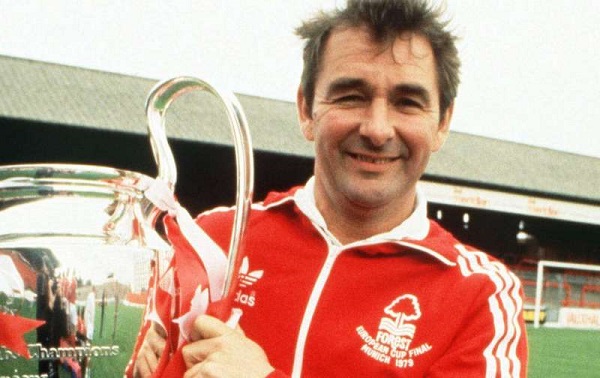 Perhaps Brian isn’t quite on the same scale as some of the other names on this list when it comes to a stellar playing career, but there’s no doubt Clough could play a bit; in 274 games for Middlesbrough and then Sunderland, the striker scored a remarkable 251 goals. His career cut short by injury, it was as a manager that Cloughie would really shake up English football.

Clough achieved great success with Derby County, leading them to promotion from the second division in 1969, and then winning England’s top flight First Division in 1972. A year later, he took the team to the semi-finals of the European Cup, but after falling out with the club hierarchy Clough would soon part company with the club.

After an unexceptional eight-month spell at Brighton, Clough joined Leeds in 1974 – a club he had previously heavily criticised for their style of play. The move proved disastrous, with Clough winning just one of the six games his side played before he was sacked.

But Clough would soon find redemption, joining Nottingham Forest in early 1975. Three years later he would win the First Division with the club, but it was his remarkable success in Europe that really established Clough as a managerial great, with back to back European Cup wins in 1979 and 1980.

They can’t all be greats, of course…

Not every well-known player is a good fit in management, even if they seem well suited for the role on paper. As a pundit, Gary Neville seemed to have all the answers – but during an ill-fated spell with Valencia that lasted less than four months, the gobby Mancunian won just three games.

Still, at least Neville didn’t see his beloved home club relegated, as a certain Alan Shearer did during an eight game-spell at Newcastle at the end of the season. In fairness, the club were already deep in trouble when he took over – but the England legend could only manage a single win during his time in charge, and the experience looks to have dissuaded Shearer from a career in management.

For a wide range of football markets, check out 32Red Sport here. If you’re up for a flutter on table games or the slots, be sure to check out our award-winning casino too!