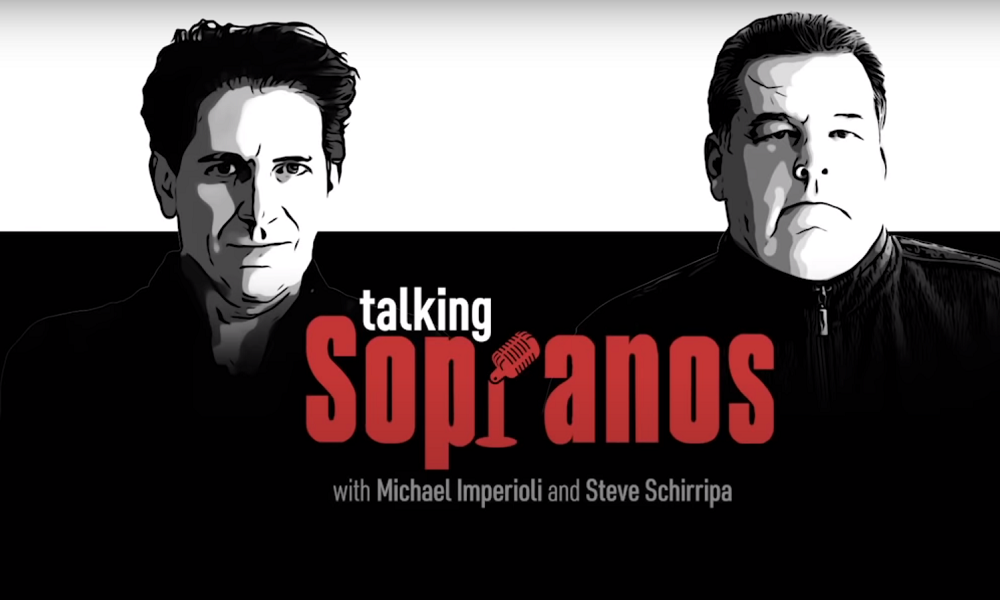 Five podcasts to keep you busy during lockdown

Turns out there really can be such a thing as too much TV. If the current stay-at-home situation means you’ve overdone it on Netflix, or you’re yearning for a little less YouTube, there is a solution.

At this point we are contractually obliged to point out one fairly obvious alternative to watching stuff – after all, we have a pretty good casino, if you’re up for a flutter. No pressure.

But y’know – slots, table games, live casino, the chance to win literally millions of pounds playing progressive jackpots – we’re just saying, we’re open around the clock if you fancy it.

Otherwise, this is a great time to catch up on some podcasts…

There is every chance you’ve never heard of Matt Morgan. He is the normal, down-to-earth sidekick who appeared on the Russell Brand radio show, back in the far-off day – but now Matt’s got his own podcast. And it’s ace.

The new show started back in January, so there’s quite a few episodes to go through if you’re a completist. But if you choose to start with the latest episode, you’ll find Matt and former Oasis bruv Noel Gallagher talking guitars, song-writing and life under lockdown.

In another recent ep, Matt discussed his experience writing sitcoms for television, while a brilliant episode from a few months back sees the presenter having a relaxed chat with impressionist Terry Mynott – worth it for the Christopher Walken impersonation alone.

Love The Sopranos? You should – and in this brand-new pod dedicated to revisiting The Greatest Television Drama Ever!!, former cast members Michael Imperioli (Christopher Moltisanti) and Steve Schirripa (Bobby Bacala) convene to discuss every single show, episode by episode.

As well as the considerable inside knowledge that the pair bring to the podcast, we’re promised that other cast and production members connected to the show will be appearing in future episodes.

So far, one thing we’ve definitely learned is that Steve, bless him, sure does like to interrupt whenever Mikey’s in the middle of telling a story. Nonetheless, this is definitely worth a listen for Sopranos aficionados – I’m already looking forward to hearing more stories about Tony Sirico, the guy who played Paulie Walnuts.

Sirico seems as much of a whack job in real life as the character he played on the show; at one point we learn he would get up at three in the morning to painstakingly tease his hair into place, before arriving on set in full Walnuts mode. Hoh! Oofa! Whaddya gonna do?

It seems like everybody’s spending their time looking back on famous football teams, classic matches and momentous players these days (us included), but Golazzo’s been doing it since late 2017, over the course of dozens of episodes.

This is a fond, informed look at all things Serie A – but while current day events do get a look-in, the heart of the show revolves around presenter James Richardson (yep, he of Football Italia fame) revisiting Italian football’s more memorable moments from years gone by.

With staunch assistance from the amiable James Horncastle and the somewhat more combustible Gab Marcotti, even if you have only a passing interest in Italian football it’s easy to get swept up in the evocative tales told here. Even with a seemingly endless glut of football podcasts to wade through, this one stands out as something special.

Lord knows there are many, many film podcasts out there. And in all honesty, it can get a little wearisome listening to some pretentious critic telling you why your favourite film of all time is now “problematic”.

It’s fair to say that Pure Cinema presenters Elric Cane and Brian Saur certainly have it within them to get a touch highfalutin. The episodes I listened to of this Pod, though, are notable for the calibre of guest stars; the duo were joined by Quentin Tarantino in the first ep I heard. As you may have guessed, boy, does that guy like to talk.

Depending on your tastes, you’ll find the QT episode beguiling or utterly befuddling, but I also checked out an episode with Tarantino regular Michael Madsen – he played Bud in Kill Bill, and the cop-torturing maniac in Reservoir Dogs.

Having fallen into acting through sheer dumb luck, Madsen seems to be as much of a tough guy as the characters he often plays, pleasingly – while his stories of improvising on set, and in particular his impersonation of Nick Nolte bring the house down.

I was going to round this out with another podcast, but I don’t want to waste your time with stuff that isn’t great. So – if you want something else to listen to, I would instead recommend Chris Morris’s old but incredible radio output.

Morris is the guy who did The Day Today, Brass Eye and Four Lions, so he’s understandably less well known for his radio output, which is some of the weirdest, most brilliant comedy I’ve ever, ever heard. Most of it is on YouTube – start here with his Music Show, or delve into the really mad stuff with Blue Jam.

Looking for some more entertainment? Visit 32Red Casino to check out a wide range of table games and slots!