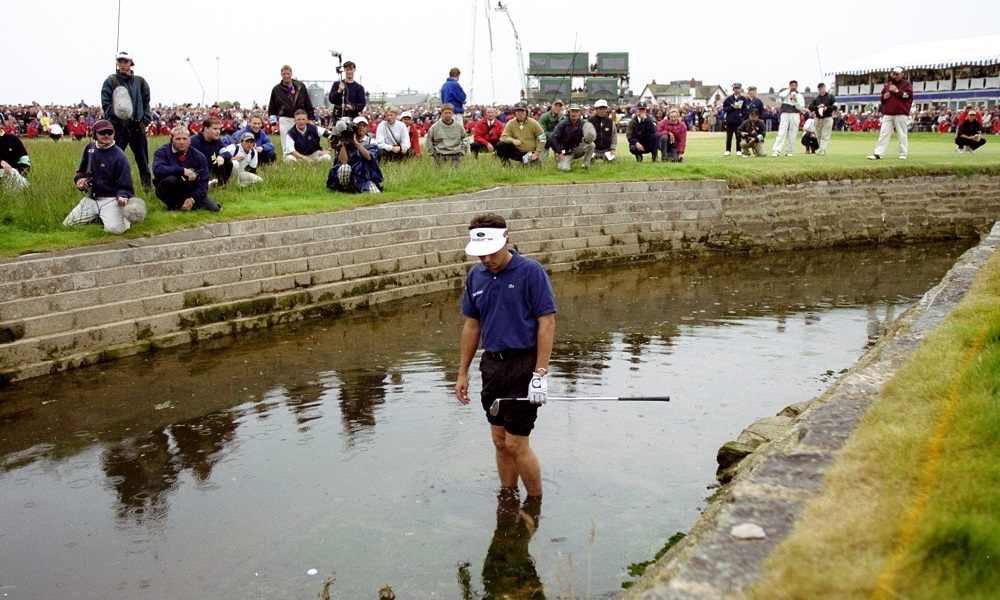 I don’t want to mention the c-word. But chances are that at some point over the next few days and weeks, you could be at a loose end.

Don’t despair; let’s look at the upside of this thing. Finally, you have time to sit around and watch all those great films and programs about sporting endeavour that you never previously got around to, back in the far away days before sport itself became a fondly-remembered abstract concept.

So let’s step away from the social media feed of doom, skip blithely past prognostications of peril – stick on the telly and immerse yourself in a world where the worst thing that can happen to a person is hitting a golf ball into a water hazard.

I found all the below documentaries on Netflix; other streaming services are available.

This feature-length documentary combines archive footage with voice-over testimony to portray Ayrton Senna, the brilliant Brazilian Formula One driver who died tragically in a crash during the ’94 San Marino Grand Prix.

Before that, Senna had won three F1 world championships, established himself as one of the most exciting race drivers of all time – and engaged in an intense rivalry with French driver Alain Prost.

It’s all elegantly captured in this award-winning film. F1 fans will obviously be entranced, but even if your interest in motor sport is close to zero, this is an affecting story and its endlessly charismatic central figure is irresistible.

One of football’s greatest ever players is also one of its most outlandish characters. Diego Maradona’s past exploits, footballing and otherwise, are touched upon in this seven-part documentary series – but this isn’t a trawl through the player’s past.

Instead it’s a document of the manager’s present, as Maradona attempts to steer Mexican second division club Dorados to the big time. As a football coach, Maradona’s qualities may be limited, but he always makes for passionate, compelling company.

Peter Shilton might continue to complain about the hand of God, but for any other football fan this is an essential examination of one of the beautiful game’s true icons, human frailties and all.

The title might give the game away in fairly blunt fashion, but this is a thoughtful look at the sporting heroes (or antiheroes) who came close to realising incredible sporting success – only for the moment to get away from them.

Most of us have probably had “close but no cigar” experiences in life, but this eight part series revisits one of the most notorious moments in sporting history. In 1999, journeyman golfer Jean van de Velde came within a whisker of winning the Open, golf’s oldest major, only to come apart on the final hole of the formidable Carnoustie layout.

The story has been told plenty of times – but seldom with the man himself agreeing to open up on the experience. Van De Velde’s travails are perhaps the most harrowing here, but there are plenty of other absorbing narratives, from boxers on the brink of disaster to football clubs facing up to what could be a final farewell.

Sunderland ‘Til I Die

It’s been a tough few years for Sunderland fans; relegated to the Championship in 2017, this series follows the club as they attempt to regain their status in the Premier League. Spoiler alert – things don’t quite pan out that way.

While followers of the club will surely find this painful viewing, the rest of us can watch with voyeuristic abandon. Barely 15 minutes into the first episode any fleeting sense of optimism for the Black Cats has evaporated, as the club lose a pre-season friendly at home 5-0 to Celtic. The campaign hasn’t even started yet, and the support are already apoplectic.

The danger with officially sanctioned documentaries is that you tend to get the sanitised version; the story the club want you to see. But here, even if the bleakest moments have been concealed or edited out, the overall tale of woe is difficult to sugar-coat. Slow-motion footballing disaster and all the more watchable for it, this is a smorgasbord of (self-inflicted?) suffering.

Focusing on the 2017-18 season, this six-part documentary is a marked contrast to the preceding entry. But if there are fewer moments of frustration or out and out agony for the Serie A side, this inside look at footballing giants Juventus at least gives us some sense of what it’s like to be at the heart of Italy’s most successful football club.

Juventus have had difficulties in the fairly recent past of course, but as we join them for this documentary their biggest problem is attempting to win a seventh consecutive league title (or Scudetto) – not exactly the greatest jeopardy to face a side.

Still, with the likes of Gigi Buffon and Georgio Chiellini talking with reasonable candour, this extended vision of the Old Lady is definitely worth a look.

Still looking for something else to keep you entertained? Visit 32Red Casino to check out a wide range of table games and slots!