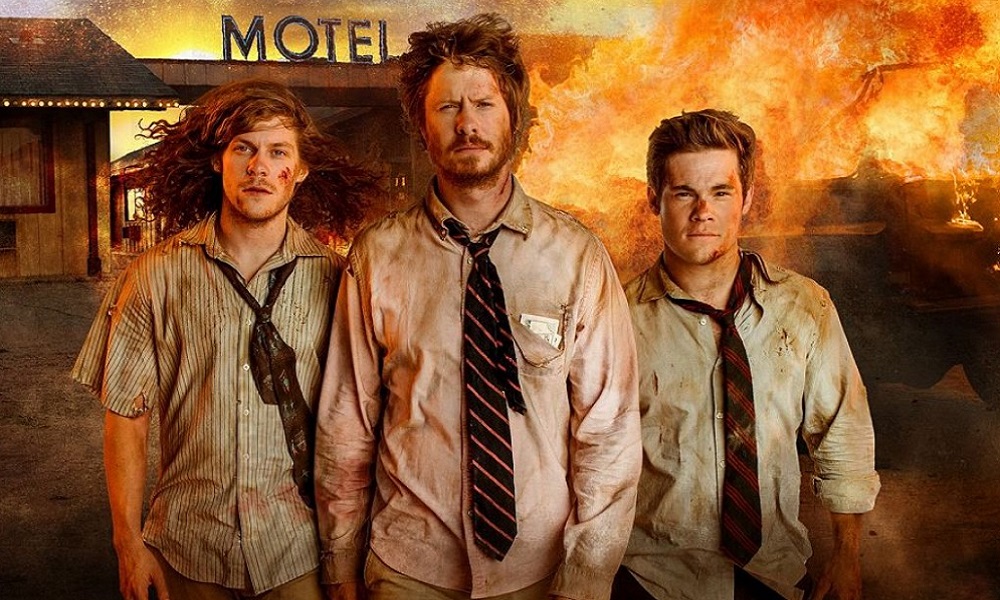 Stuck for something to watch? Bored with the usual TV twaddle? Not to worry – we’ve identified four shows that have been flying under the radar too long, and are well worth tracking down.

Whether you’re looking for the height of wit, or you just want to see one man force another man to eat a bogey at gunpoint, we’ve got you covered. Get stuck in below…

Comic actor Andy Daly, who also co-created this show, plays fictional host Forrest MacNeil, an amiable nitwit tasked with reviewing ‘life itself’. Viewers send in suggestions, such as eating a large quantity of pancakes in one sitting; Forrest cheerfully takes on each challenge, before giving it a rating.

That set-up may sound innocuous – but Forrest insists on seeing through each suggestion that comes his way, no matter how frivolous, ill-advised, or personally disastrous. So seriously does the host take his role, he’s essentially putting his entire fate in the hands of his audience. In one episode, purely on the whim of a viewer, Forrest divorces his wife.

And with an enabling producer who manipulates Forrest to ever greater follies, the host frequently makes ridiculous, terrible, hilarious decisions. With his life sliding further out of control, all in service of the show, Review takes ever darker comic turns. All of which amounts to a five star viewing experience…

This isn’t actually a TV show – but since it’s one of the funniest things on the Internet, we’re including it anyway. Norm MacDonald is the legendary Canadian comic who was sacked from US TV show Saturday Night Live in the late 90s after making too many jokes about controversial subjects – mainly OJ Simpson.

Besides that, Norm is probably best known for a notorious comedy ‘roast’ he delivered, subverting the usual format of making sick, insulting jokes to instead deliver a series of woefully old-fashioned anodyne gags – in the process bemusing the audience, but also producing a moment in comedy that has already gone down in history.

Yet on Norm Macdonald Live (you can watch it on YouTube), the genial host is often absolutely filthy – and hugely politically incorrect into the bargain, merrily making jokes about some seriously sensitive subjects. Though the show is in an interview format, the guests often don’t matter – yet when Norm chooses to be serious, the results often yield fascinating, illuminating discussions with the likes of Jerry Seinfeld and Jim Carrey.

For all that, if you just want to laugh you’re probably better off tuning into Norm’s chat with comedian Nick Swardson – even if you’ve never heard of Three’s Company, the Mr Furley impersonation will crack you up…

Workaholics is a sitcom about the juvenile antics of three housemates who work in telesales and like getting baked. There’s not a whole lot more to it; Adam is the dumb-as-a-rock party animal, Blake is the mellow guy with the weird hair and ‘Ders is the uptight-kid-turned-stoner who still harbours dreams of, uh, working in local government someday.

Workaholics is riotously stupid, with a freakish cast of co-workers like foul-mouthed Jet Set, sad sack Bill, and tightly-wound office manager Alice. In one of the show’s most memorably disgusting episodes, Bill is humiliated by his colleagues – and takes revenge by holding them at gunpoint, then ordering them to poop in their pants. Okay, it’s not exactly Oscar Wilde, but goddamn this is funny…

If you need something a little more highbrow after the last show, check out Feud. This is a real prestige project, drama rather than comedy – though it is packed with wit, alongside stellar performances from the likes of Susan Sarandon, Jessica Lange and Alfred Molina.

The centre focused on the real-life rivalry between two actresses from Hollywood’s golden years, Joan Crawford and Bette Davis. The pair were once some of the hottest properties in the movie industry – but with both women ageing and finding the offers for work are drying up, the two decide to try and galvanise their careers by starring together in a camply grotesque thriller, Whatever Happened to Baby Jane?

In the film, the two play sisters who torment one another, neatly playing into the real-life enmity between the pair. But outside the movie, Crawford and Davis prove equally charismatic, their petty squabbles and drink-fuelled outbursts resulting in some of the best telly you’ll have seen in years. Funny, sad and preposterous, Feud definitely deserves to be viewed if you’re looking for something a little more sophisticated.

Once you’ve finished checking out the above shows, don’t forget to pay our casino a visit – check out the full range of slots, table games and more at 32Red.

Out now on mobile: Bust the Bank
Eight of the world’s weirdest takeaways