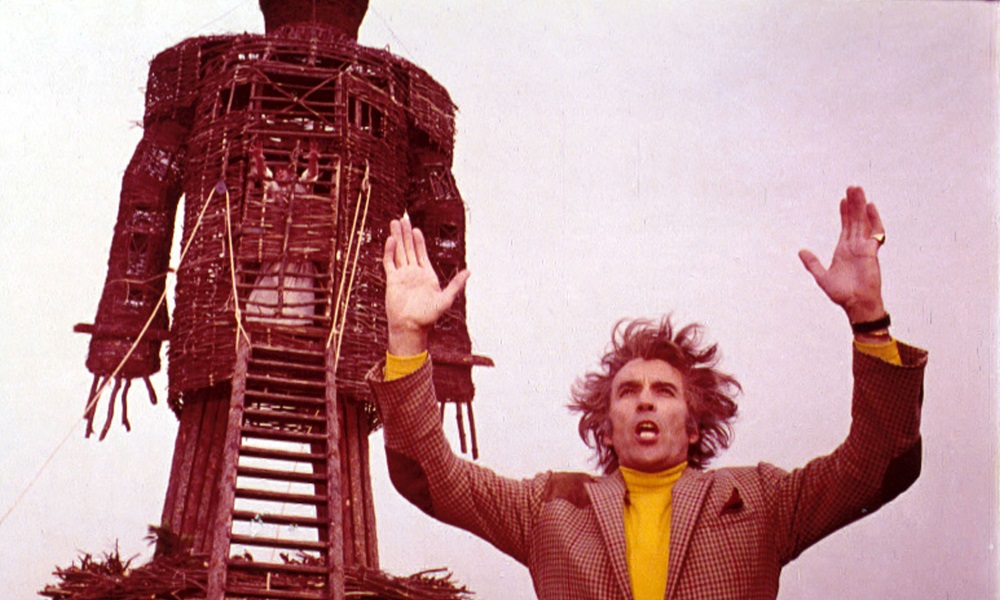 The witching season is about to get underway – looking for something to put the willies up you? Forget Hollywood horror; we’ve come up with four fantastic scary movies from Britain that’ll put the frighteners up you big-time. Let’s do this…

An American Werewolf In London (1981) 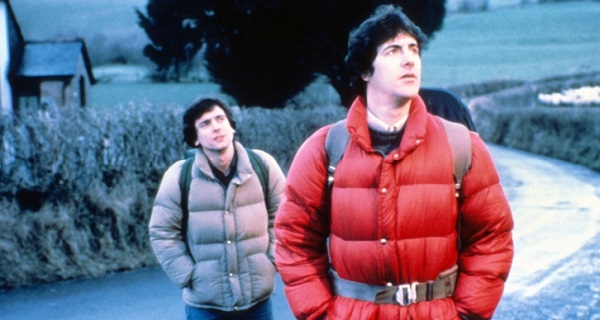 After a less than warm welcome from locals including Rik Mayall and Brian Glover at a pub called The Slaughtered Lamb, American tourists David and Jack take an ill-advised moonlight stroll through the Yorkshire dales – and their lives change forever.

Directed by John Landis, who had previously made The Blues Brothers, American Werewolf has an odd tone that veers between comedy and horror – but unlike Shaun of the Dead (see below), the scary moments in this film can feel really disturbing. But there are plenty of laughs too – after a particularly heavy night, David wakes up in an enclosure at London zoo next to a quizzical wolf, bringing a whole new dimension to the walk of shame.

With David trying to adjust to life as a lycanthrope, while also getting to know friendly nurse Jenny Agutter better, American Werewolf is definitely an uneven experience – but there’s plenty here to keep you amused and possibly a little scared. Plus, any excuse to listen to The Marcel’s Blue Moon… 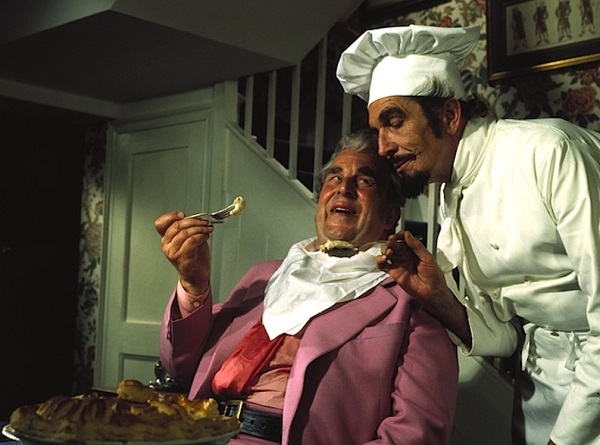 Legendary ham Vincent Price turns up in this garishly ugly production from the seventies as an actor who’s work is derided by critics – and chooses to take revenge on the men and women who have wronged him.

Combining camp, bad taste humour and out-and-out horror, Price’s character Edward Lionheart serves up a series of abhorrent punishments for his enemies. In one memorable scene, the diabolical actor cooks and then serves a critic’s poodle dogs as a gourmet dish, the unfortunate Robert Morley greedily dining on this plate of unidentified meat until the awful truth dawns on him.

With a host of great British actors like Dianna Rigg, Michael Hordern and Arthur Lowe, Theatre of Blood is ridiculous – but great fun for all that. As Eddy Lionheart himself would have it: It’s a grave tale – but I think you can rise to the occasion. 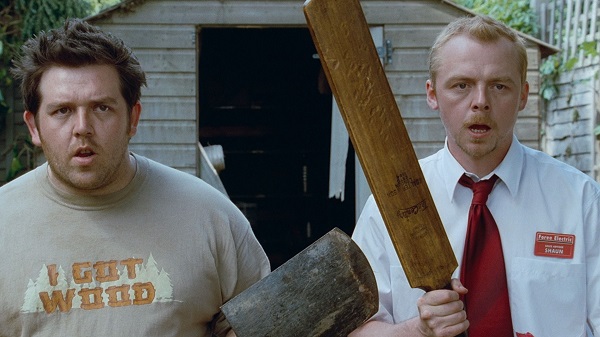 After the success of the sitcom Spaced, director Edgar Wright and stars Simon Pegg and Nick Frost reunited in this film which was billed as a rom-zom-com. Shaun (Penn) is an unmotivated, underachieving bloke who unwittingly finds himself in the midst of a zombie apocalypse but is initially too hungover to notice.

With the gags coming thick and fast alongside smart references to pop culture, Shaun is big on laughs. The horror side of the equation is played down a little, though that’s not to say the undead themselves don’t look suitably terrifying. All in all, Shaun makes a fun little diversion of a film, even if it’s ultimately a little flimsy. 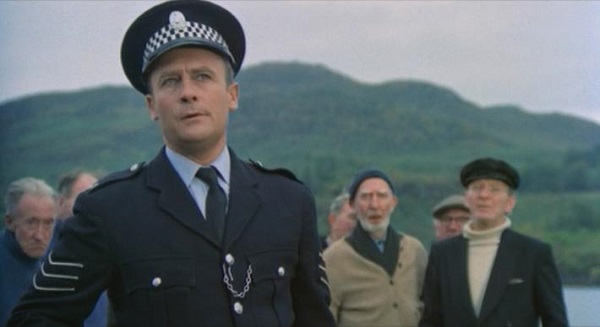 We’ve chosen levity as well as blood-letting for the preceding three films in this list, but the Wicker Man is no laughing matter – and please don’t make the mistake of watching the abysmal remake that Nicolas Cage starred in in 2006. This original is far superior.

Edward Woodward plays Howie, a policeman from mainland Scotland, investigating the disappearance of a girl on the Scottish island Summerisle. His investigation appears to be stymied by every inhabitant of the island, who claim not to know of the girl. Meanwhile Howie, a committed Christian, is infuriated by the pagan rituals that the villagers seem to revel in.

To say much more would be to ruin what is still a shocking ending, if you’ve managed to avoid spoilers in the 44 years since this film was released! Still, even if you know what’s coming, the film has a brilliantly creepy atmosphere. Throw Christopher Lee into the mix as the sinister Lord Summerisle, plus Britt Ekland cavorting about in lurid fashion, and you’ve got a bona fide British horror classic.

In the mood for some spooky slots? We’ve got loads over at our casino, from the brilliant new Halloween slot to classics like Immortal Romance. Check our wide selection of slots here!