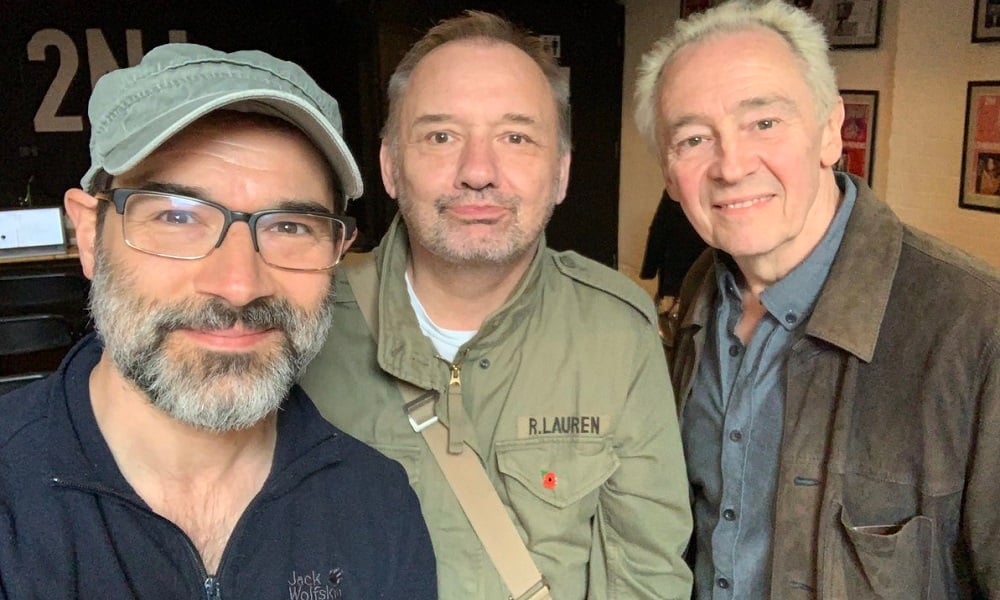 Podcasts eh? Aren’t they great? Except all the rubbish ones, obviously.

If you can’t tell the diamonds from the dog muck, don’t fret – we’ve got your back, buddy. Join us now as we embark on a whistle stop tour through some of the greatest podcasts of the modern age…

Presented by the urbane, ever amusing James Richardson, once of Channel 4’s much missed Football Italia and the Guardian’s Football Weekly, Totally Football is the podcast of choice for the forward thinking football fan – though Football Weekly’s definitely worth a listen too, if you have room in your life for more than one football podcast.

While the quality of guest on Totally is occasionally variable, James himself can be relied upon to offer a twinkly-eyed (probably – I mean, it sounds twinkly-eyed) charm alongside a conduit to red hot football chat. With James Horncastle and the permanently sarcastic-sounding Duncan Alexander offering staunch support, this is podcast gold, three times a week; listen, and you won’t just be entertained, you’ll be better informed.

Seems like these days, every third-rate celebrity is fronting a less than essential podcast, replete with showbiz chums wittering on in self-congratulatory fashion about the square root of sod-all while you listen in a state of ever-increasing tetchiness.

And Adam Buxton’s Podcast is a bit like that too, except in reverse because it’s BRILLIANT! True, our presenter is a middle class, mildly famous nice guy who often invites his pals to have a cosy chat with him. The difference is, these chats are usually worth listening to because the guests are usually interesting, and the host himself is an informed, quick-witted fellow who knows when to interject with amusing comments, and when to stop flapping his gums. Plus this podcast has brilliant short musical interludes, courtesy of the man himself. Six words: Have you seen my phone charger.

The pod is currently on hiatus (it returns in October, I believe) but there are loads of old eps that are well worth a revisit – my personal favourite is the one with Marc Riley, where the likable 6 Music disc jockey reminisces about his time in top alternative outfit The Fall, as well as his doomed days working with Mark Radcliffe on the Radio 1 breakfast show.

I can take or leave Gordon Smart, but it pays to keep an eye on his podcast, because the former tabloid journalist is occasionally joined by… Matt Morgan. That’s the legendary Matt Morgan.

You may not be aware of Matt’s work, but he was the co-host on the Russell Brand Radio Show more than a decade ago, and was essentially a massive part of the reason why that show was so funny – Russell would say something ridiculous, and Matt would mock him for it.

Anyway, even if you find Russell Brand about as funny as a collapsed lung, don’t worry – trust me on this, Matt Morgan is one of the most entertaining guys on the planet. Trawl through some of his old stuff on Youtube or listen to the new Radio X podcast where he sometimes pops up with Smart, you won’t be disappointed.

Okay, this one’s for the more open-minded of podcast listener, but go with me – if you’re ready to try something different, the New Yorker Fiction podcast from the famously high-brow New York institution is really rather brilliant.

The format is straight forward; an author reads a short story from the New Yorker’s formidable back catalogue, then discusses it with fiction editor Deborah Treisman. Past editions have introduced me to fine writers like John Cheever or Kazuo Ishiguro, while top drawer contemporary writers like George Saunders and Miranda July have appeared on the show in entertaining style. In the latest pod, I heard an Israeli writer musing unironically about the joys of being stuck in a lift. You don’t get that with Alan Brazil’s Sports Breakfast.