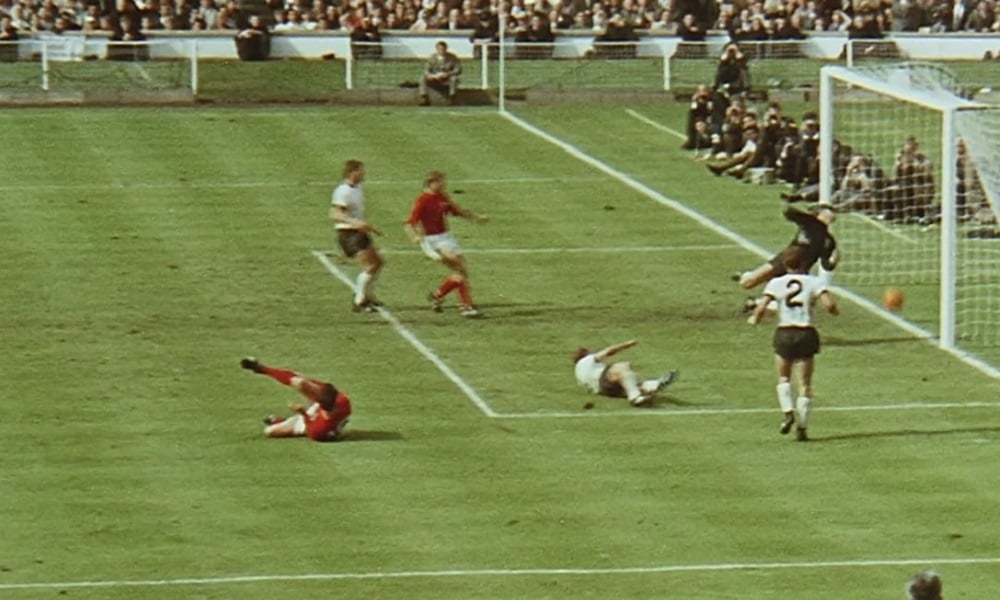 Four phantom goals that will blow your mind

Want to know more about some of the greatest goals that weren’t? Here’s our unmissable guide to these phantom menaces!

For the uninitiated, a Phantom or ghost goal refers to a goal that wasn’t given but should have been – Frank Lampard’s goal for England against Germany in the 2010 World Cup is a glaring example (and so famous, it prompted Fifa to bring in goal line technology).

A Phantom goal can also refer to goals that DON’T cross the goal line – but are erroneously awarded by the referee. A famous instance would be Juan Mata’s goal for Chelsea against Tottenham in a 2012 FA Cup semi-final, when Mata’s shot was blocked by Spurs players – yet in the confusion, referee Martin Atkinson wrongly ruled that the shot had crossed the line.

Here’s some of those famous Phantom goals:

Germany had gone two goals up by the 32nd minute in this World Cup round of 16 game in South Africa, before Matthew Upson put England back into contention with a 37th minute goal. In truth, the German team had looked well worth their lead over the Three Lions – but who knows, perhaps a revival for Fabio Capello’s team could have taken place if fate had worked out differently.

Moments after Upson’s goal, Frank Lampard struck a fine looping shot from just outside the box that beat the keeper, hit the crossbar, landed approximately a mile over the line – and then bounced out again, with the referee deciding the goal would not stand. The game ended 4-1, with England heading out of the World Cup, and a nation’s dreams in tatters once again.

Even in a genre as unusual as the phantom goal, this Bundesliga-based ghost is a cracker. Leverkusen striker Kiessling sent a header towards the goal from a corner, but his aim was fractionally wide, the ball skimming beyond the post. Yet in an incredible quirk of fate, the ball hit a taut part of the outside of the net – and bounced into the goal through a hole in the netting!

The incident happened so quickly that to the onlooking referee, the ball appeared to find the net legally – and naturally he allowed the goal. The 70th minute header decided the game in Leverkusen’s favour – though there was an almighty kerfuffle afterwards, with Kiessling feeling moved to apologise for benefitting from this bizarre occurrence. Former Germany international Rudi Voller was unsympathetic however, suggesting Hoffenheim should have invested in ‘some proper nets’.

This is another one where the ball is so clearly over the line that you can’t help but feel for the man who missed out. In this Serie A game, Gigi Buffon blocked a shot from a corner for Juventus, but Muntari reacted quickly to head the rebound over the line, Buffon pushing the ball out again too late – except it wasn’t.

Referee Paolo Tagliavento initially seemed to award what clearly should have been a goal, gesturing for players to return to the centre circle. Enter linesman Roberto Romagnoli, who insisted to Tagliavento that the ball had not crossed the line. An honest mistake, or something more dubious? If the goal had been given, Milan would have gone two-nil up; as it was, the game ended 1-1, and Juve would go on to win the Scudetto by four points over Milan…

We’re loathe to mention this one, seeing as it raises questions about England’s finest hour – still, we can hardly leave it out, can we? Whisper it, but some people reckon that Geoff Hurst’s second goal, and England’s third, shouldn’t have stood; according to the rules of the game, the whole of the ball needs to pass over the goal line.

We’ll avoid getting into that whole hornet’s nest here by pointing out that England ended up winning the game 4-2 anyway (er, because Germany were going all out for an equaliser, but again, let’s not dwell on that).

If it makes the hard-done Germans feels any better, they’ve since gone on to win the World Cup three more times (four in all – they claimed their first in 1954). Meanwhile, England have barely had a sniff. Under the circumstances, who could begrudge Sir Geoff possibly enjoying a slice of luck en route to a World Cup final hat-trick?

In an admittedly tenuous connection, The Phantom of the Opera slot is available to play now at 32Red Casino! Meanwhile, if all this talk of phantom goals has got you more in the mood for a flutter on the footy, check out our sportsbook here.