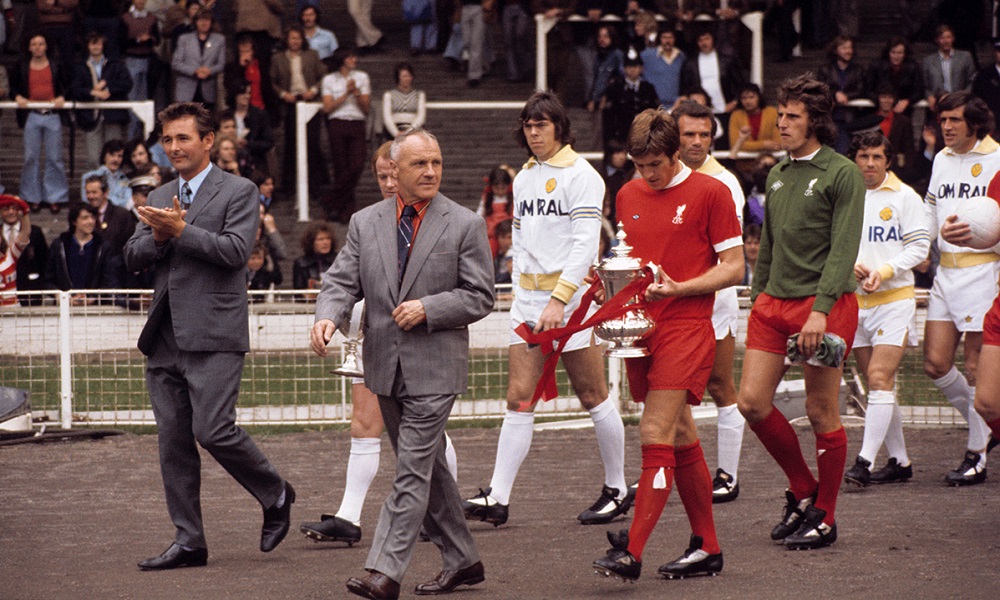 Okay, we’ll admit it, there are those who feel the Community Shield isn’t the most renowned of footballing occasions.

Nonetheless, Sunday’s curtain-raiser between Liverpool and Manchester City does herald the imminent return of top-flight football.

And while even the bragging rights associated with this game might not seem especially valuable, the match has thrown up a few unusually tasty encounters over the years. Billy Bremner and Kevin Keegan getting sent off?! Manchester United mounting a stirring comeback against their neighbours?! Shit just got real, yo. 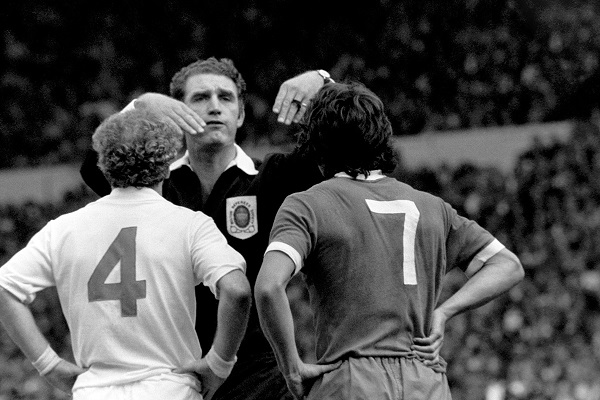 Brian Clough’s stewardship of Leeds got off to a rocky start with this match – following an earlier tussle with Leeds’ Johnny Giles, Liverpool’s Kevin Keegan entered into a spirited argument with Leeds captain Billy Bremner. With the two men throwing punches at one another, the pair were each shown red cards for their trouble.

Keegan and Bremner became the first two players to be sent off at Wembley, incredibly – and neither man went quietly, each man petulantly removing his shirt before tossing it to the turf in twin fits of histrionics. The pair were later fined £500 for their behaviour – and banned for 11 games of the season. 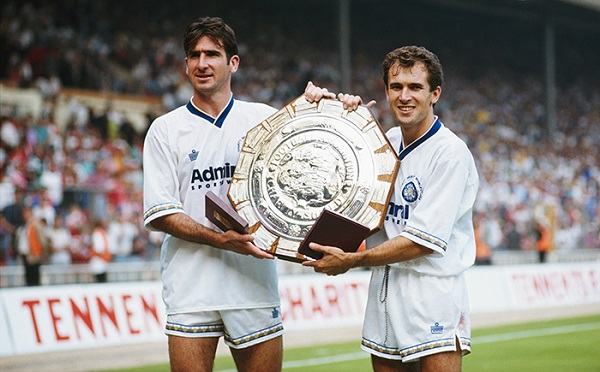 Eighteen years after their last meeting in this competition, and heralding the first season of the Premier League, easy-going Scot Graeme Souness led Liverpool out to face a Leeds side who had just won the top-flight English Division 1 under Howard Wilkinson.

While the ingredients were in place for a game packed with incident, few could have expected quite such a barnstorming match. The greatest Community Shield ever? Could be.

In the first half, Rodney Wallace set up Eric Cantona to lash home the opener for the Yorkshire side. But prototype Chuckle Brother Ian Rush would equalise with a header from a corner soon afterwards.

Just before half-time, Leeds would once more take the lead from Tony Dorigo’s deflected free kick. In the second half, Dean Saunders slotted home the equaliser for Liverpool in the 66th minute.

But Cantona would put Leeds ahead once more in the 78th minute, before scoring a decisive header in the 78th minute to claim his hat-trick – and make certain of a victory for Leeds. Even an own goal pinballing off the hapless Gordon Strachan in the dying minutes of the game couldn’t spoil the party for Leeds. 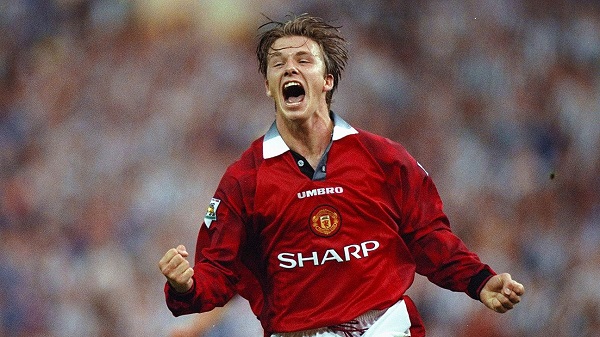 A grim day for Newcastle, a stroll for United – Cantona (him again) scored the first after being set up nicely by a David Beckham pass. Beckham would provide the assist for the second goal too, Nicky Butt launching a flying header to steer the ball past the Magpies goalkeeper Pavel Srnicek.

Becks himself made it 3-0 with a well-timed run leaving the budding young star of English football in acres of space; he duly lofted the ball over the keeper from 30 yards, Cantona having started the move in the first place.

Roy Keane wrapped up the proceedings, meeting a free kick delivery from just outside the 18 yard box to make it 4-0 on a fine days work for the Manchester side – and a day to rue for Newcastle boss Kevin Keegan. At least this one didn’t end with him tearing his shirt off and hurling it to the floor in a tizzy. 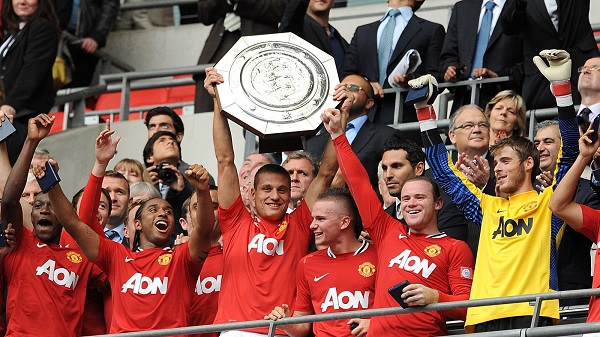 Two goals down at half-time, courtesy of goals from Joleon Lescott and Edin Dzeko, Man Utd looked to be heading for a defeat at the hands of their arriviste rivals City. The main talking point at the break was United’s expensive new goalkeeper David De Gea’s extremely underwhelming debut for his new team, which just goes to show it’s probably a good idea not to read too much into one game. Especially if it’s this game.

In any case, the Red Devils refused to lie down and die, Chris Smalling dragging the side back into the battle before Nani scored twice to deliver a comeback to savour, prompting Martin Tyler to quip “At the moment, Wembley is the Nani state”. Classic punning, Martin.