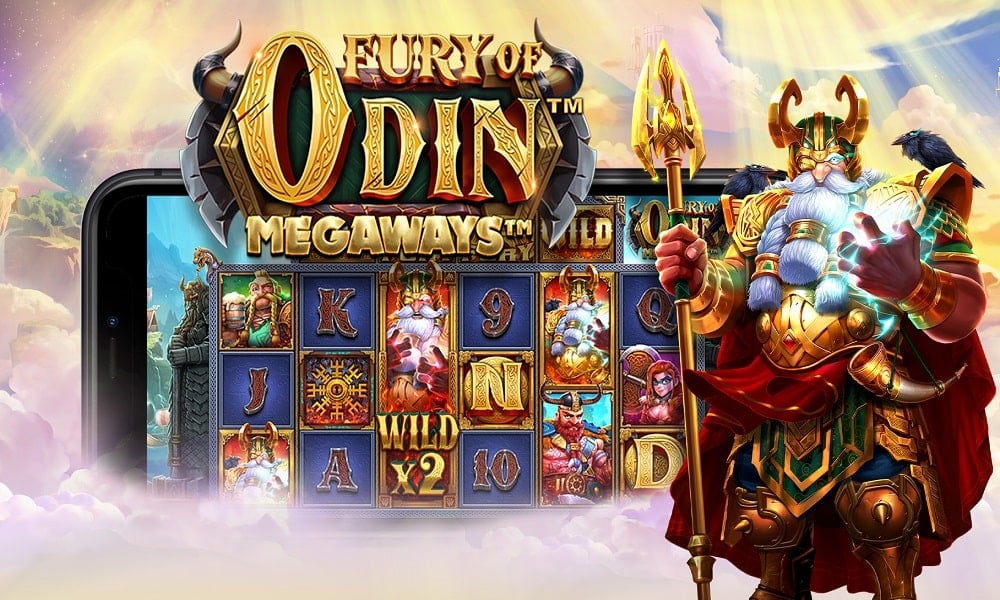 It’s weird that Odin is so prevalent in popular culture, turning up in blockbuster movies, lending his name to unmissable slots, all that jazz – yet we never hear anything about his wife, Frigg. Play Fury of Odin Megaways now

If you were hoping Fury of Odin Megaways would redress the balance, you’re out of luck. This new release from Pragmatic Play remains Frigg-free, alas. We’ll have to wait for the fragrant goddess to make her bow.

Still, Odin himself remains a compelling figure in this sumptuous slot. Even if the Allfather rather looks as if he’s eaten all the pies.

This Odin is a big, burly, bugger – but resplendent in shiny armour, he’s still not a dude you’d want to tangle with. And with fellow deities Thor and Freya also turning up, this Scandinavian skirmish is definitely laying down the hammer.

With an art style that leaves the Gods looking almost cute, together with a dramatic soundtrack amping up the excitement, Fury of Odin nails that godlike feel, alright. But there’s plenty to play for, too.

Try this six-reel Norse slot saga, and you’ll find reels with changing sizes, offering as many as 117,649 ways to win.

Should a winning combo arise, a tumble feature will kick in, with the winning symbols vanishing to be replaced by new ones.

Trigger Free Spins with a multiplier 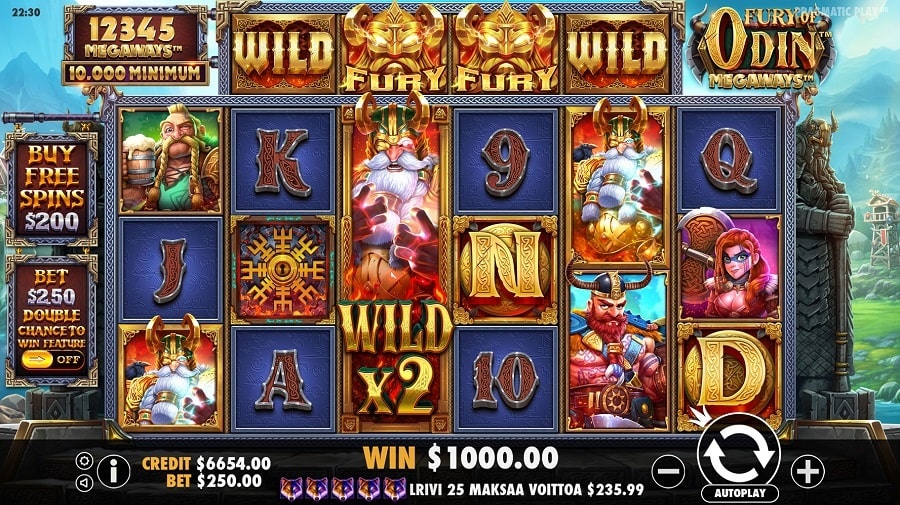 Otherwise, you’ll want to look for the Fury icon – this can grant a Wild reel to each position below it. Meanwhile, Mystery symbols can also reveal matching symbols.

There’s also a Free Spins feature, triggered when four or more Scatters land during a spin. During the Free Spins, there’s a multiplier that starts at 1x and increases with each win.

And with the Fury and Mystery symbols, you could land the slot’s maximum win of 15,000x your stake!

Up for some Odin aggro then? If annoyed Nordic deities getting their battle-rage on sounds appealing, this glimpse into the life of a higher being with an attitude is sure to satisfy. Ready to play God?

Released 2nd December 2022. In the meantime, visit 32Red Casino to check out a wide range of table games and slots!

Continue Reading
You may also like...
Related Topics:featured, Fury of Odin Megaways