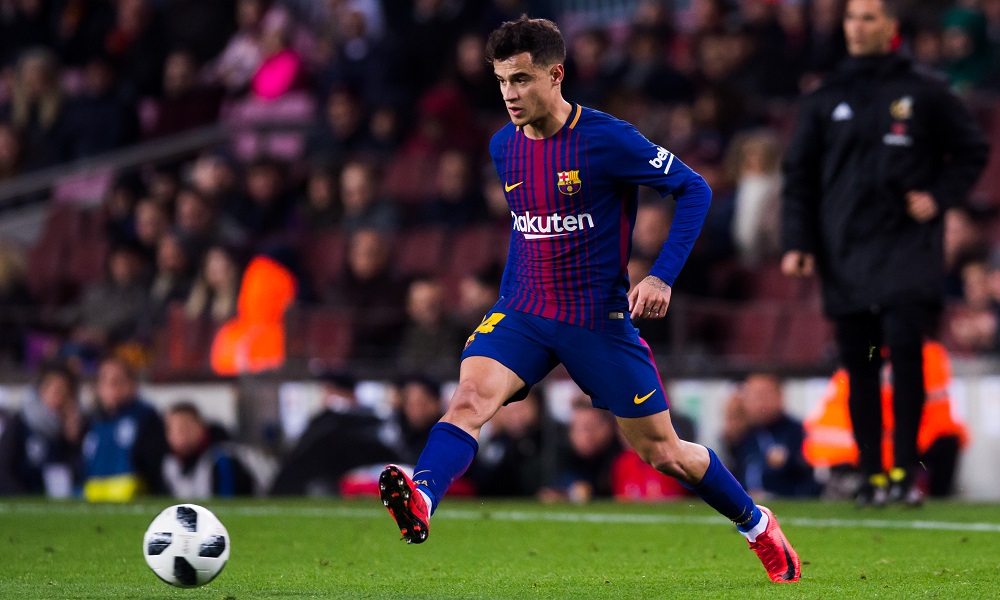 Philippe Coutinho coming to the Emirates? It could be happening, according to the day’s transfer tittle-tattle. And with the one-time golden boy of the Premier League looking to recapture some of his past pizzazz, could signing with Arsenal prove an unlikely road to redemption for the Brazilian?

Maybe we’re getting ahead of ourselves. According to various reports, Gunners boss Mikel Arteta is apparently keen on Coutinho, and is reportedly in talks with Barcelona with a view to tempting the player to North London.

Spanish sports paper Mundo Deportivo suggests any deal for Coutinho to play for Arsenal could come about through a loan move to begin with, with the Gunners having the option to but if the player impressed.

With the one-time Liverpool hero having failed to set La Liga alight since rocking up at Barcelona in 2018, a stint on loan at Bayern Munich also seems to be coming to an end – even if the player has certainly had his moments in the Bundesliga.

So now, what’s next for the Brazillian star, who is still just 27 years old? The midfield has been linked with a number of clubs in recent weeks, with Arsenal the latest in a string of big-name sides reported to be interested.

When Coutinho signed for Barcelona, the Catalan club paid £142 million for the player – the most they’ve ever paid for any player. Yet even leaving aside the potential difficulties of living up to such tremendous cost, there is no doubt that Coutinho’s time at the Camp Nou has proved a disappointment.

The player’s departure from Liverpool was not amicable, with Coutinho himself saying he would never play for the Merseyside team again in an effort to push through the January move.

But if Coutinho’s exit to Spain was annoying for Liverpool, what has transpired since must be considerably more galling for the player; there are shades of Michael Owen leaving Liverpool to play for Real Madrid, in fact.

Owen famously left Liverpool only to see his former team win the Champions League, of course. Now Coutinho has had a similar experience, with his former club making it to the finals only to be beaten by Real Madrid in 2018 – but following that up a year later with a famous Champions League win over Spurs last season.

For Liverpool, it’s fair to say the club have been on an upwards curve since Cou quit the club. For the player though, it’s been a strange time; after all, Barcelona did win La Liga twice during the player’s time at the club.

Nonetheless, Coutinho himself struggled to live up to his transfer fee at the club – being played out of position by a manager who seemed not to rate him probably didn’t help. Still, the (in)frequency of goals and assists have been underwhelming, with the player struggling to capture the excellence that he frequently displayed during his five years on Merseyside.

In Germany, playing for the Bundesliga’s biggest team, Coutinho has remained hit and miss; earlier this month, Bayern chairman Karl-Heinz Rummenigge told German magazine Der Spiegel: “The option [to keep Coutinho at Bayern] expired and we haven’t activated it.”

But if  Bavaria has proved a blind alley for the player, perhaps it’s back in the Premier League that Phil can rediscover his thrill. With Arsenal looking set to lose their biggest talent this summer, perhaps bringing Coutinho in might temper the loss of Pierre-Emerick Aubameyang – at least if the Brazilian can return to his best on a consistent basis…