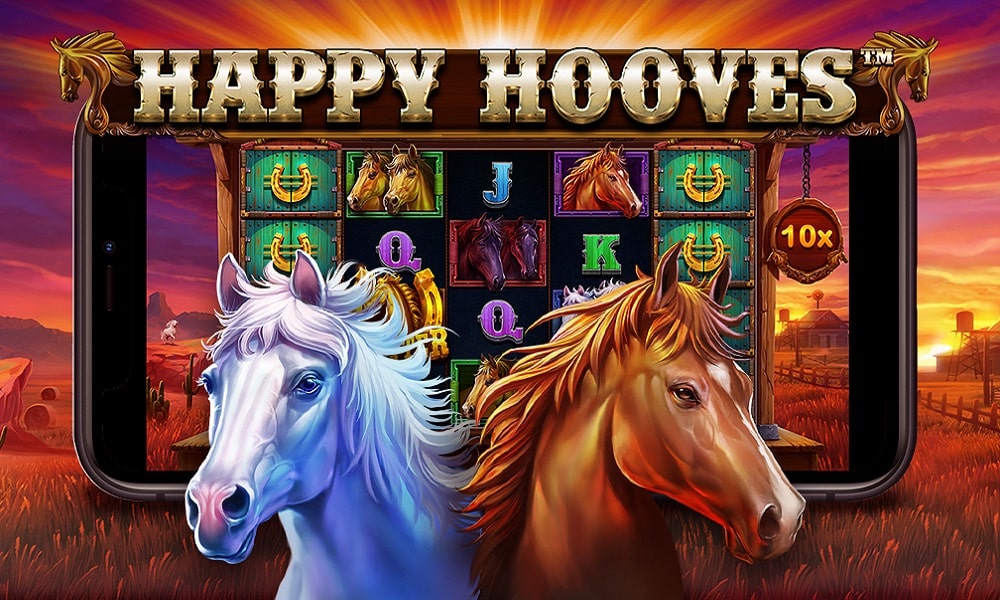 Looking for a slot that’s going to pony up the good stuff? Take in the sweeping vistas of the American west in Happy Hooves, where majestic horses prance across the landscape – while players will be champing at the bit to land a win. Play Happy Hooves now

In this high volatility five-reel, four row release from Pragmatic, there are a range of different coloured symbols, along with four coloured Wilds that will substitute for other symbols that match its colour.

There’s also a Mystery symbol that can land any time during the base game; when it does, it triggers the Powernudge feature, with that reel then moving down one place as the reel respins. Before that, the Mystery Symbol opens to reveal the mystery within; this could be a Wild, or a Golden symbol.

Golden symbols have the effect of making any Mystery symbol on-screen respin, revealing either a scatter or a random money value.

And back in the base game, there’s also a Golden Horseshoe symbol that acts as a Scatter, which appears on the first, third and fifth reels. If three Scatters land in the same spin, you’ll trigger the PowerNudge Respin feature. 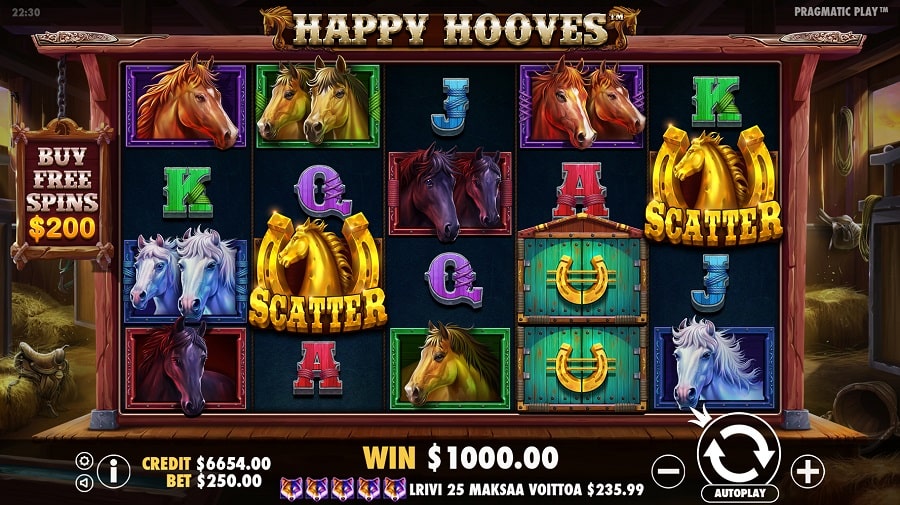 A multiplier will be applied to any wins you earn during the Respins; starting at x1, it increases by x1 with each nudge and respin.

Whether you’re always up for some equine antics, or new to the world of wild stallions, it’s a pleasure getting back in the saddle with Happy Hooves. Not long ‘til you can take this noble steed for an unforgettable ride…

Released 9th September 2022. In the meantime, visit 32Red Casino to check out a wide range of table games and slots!

Continue Reading
You may also like...
Related Topics:featured, Happy Hooves