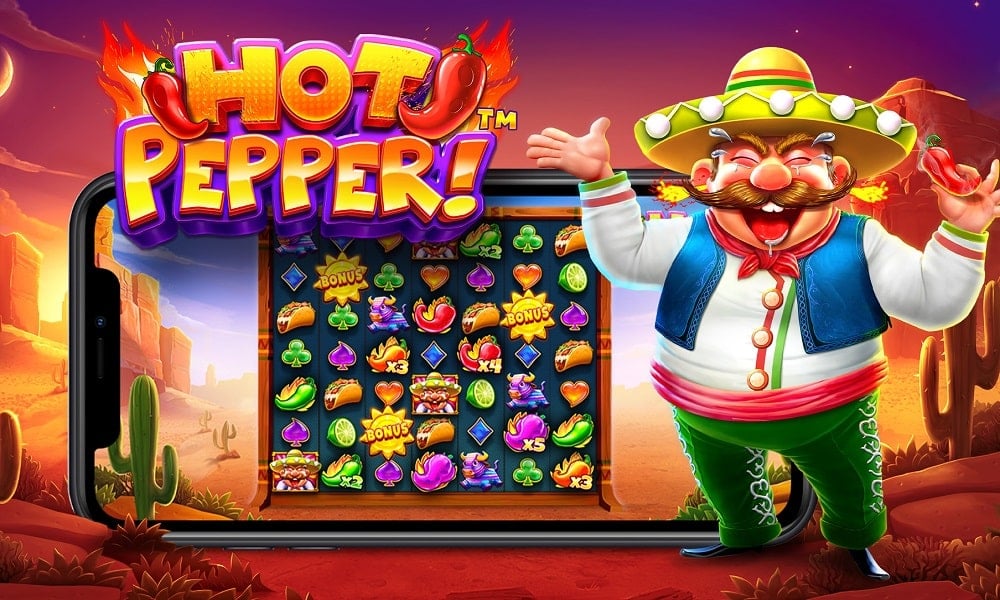 Taco well, well, well… Like the spicy stuff? For those with a taste for the tangy, Hot Pepper is bursting with flavour! Play Hot Pepper now

Combined with the upbeat nature of the slot, merry mariachi-style music and colourful visuals bringing the game to vivid life, it makes for a very tempting package.

Spin the reels to land cluster wins; you need to put five or more matching symbols together in a cluster to land a payout.

When that happens, a tumble effect will be triggered. The winning symbols will be removed from the screen – to be replaced by new symbols, offering you a chance to land another win. If another win is produced, another tumble will take place, too.

What’s more, cluster wins also leave a random Wild with a multiplier in one of the positions. There’s also a level-up feature that can increase this multiplier, offering even more scope for a big win.

For every three Wilds that used during a tumble, the level of the Wild increases; five levels of Wilds are possible. 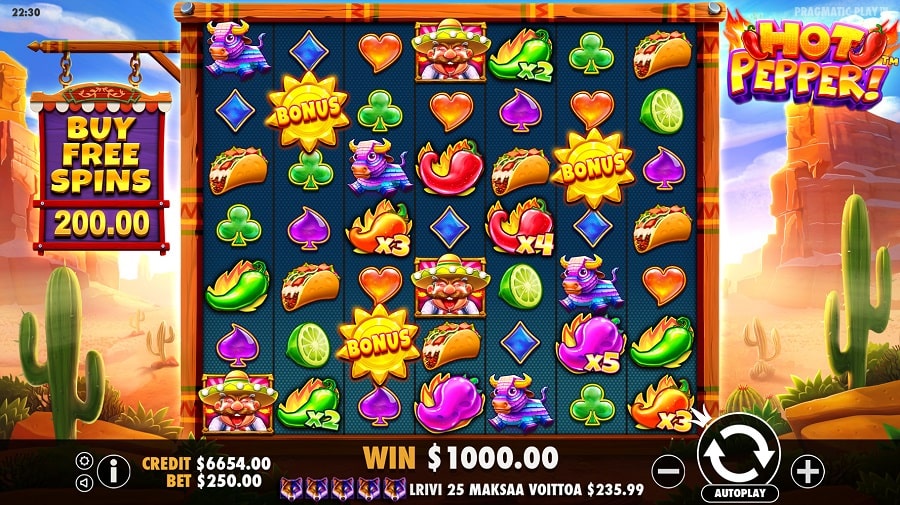 The higher the amount of matching symbols in the cluster win, the bigger the multiplier. So at the lowest level, with a cluster of 5 or 6 your multiplier will remain at x1. But with clusters of 11 or more, a multiplier of x8 will be generated.

During the Free Spins, the Chili Wilds are automatically set at level five, the maximum level, meaning there’s a whole lot of potential for some of those truly superhot wins.

With scope for some truly staggering payouts if you’re luck’s in, it’s easy to see the appeal of this Pepper, then. Bring on the Hot stuff…

Released 9th December 2022. In the meantime, visit 32Red Casino to check out a wide range of table games and slots!

Continue Reading
You may also like...
Related Topics:featured, Hot Pepper