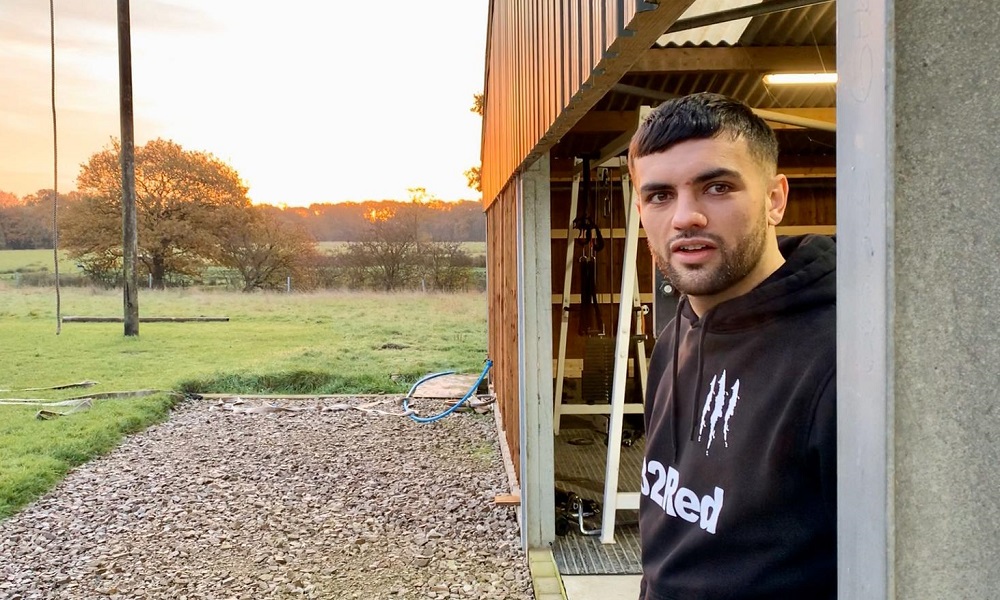 Jack Catterall exclusive diary: It’s about getting the win – but I want to look good doing it!

I was down in London a couple of weeks ago for the fight between Josh Taylor and Regis Prograis. They’re in my weight division and they are my targets so I thought I should get a close look. The atmosphere was good and there was plenty of action.

It was hard to score on the night because I was looking up at the screens and then looking back to the ring and you get caught up with different people saying things but on the first watch I had Taylor winning by a round or two. I didn’t think Prograis let his hands go enough, especially the left. Taylor’s workrate is what did it for me.

Prograis was looking for his timing and that’s probably a mistake I’ve made in the past too, but I’ve never been outworked like that. You think about countering and reacting but when it’s your turn to go, you really have to go. Prograis just didn’t do that for me in the middle rounds when it was crucial.

I’ve always believed that timing beats speed. Josh has got a good workrate but I’ve sparred plenty of fighters like that. It’s all about having the ring craft to control them and time things. Prograis showed that it does work. There were things he’ll probably feel he could improve on and things that could have worked better.

One of the main things I took away from the fight was that although these are the big fights I’m desperate to be involved in, it was probably in my favour that it turned out to be such a hard one. Those two smashing each other like that puts miles on the clock.

I’ve not been in fights like that but I’ve been in hard spars and I like to think that I’ve been cracked a few times and shown that I’ve got a chin but the way that those two were battering each other, in six, twelve, or eighteen months time that’ll show. They’re gonna have miles on the clock when I fight them. And that’s the plan.

Taylor got through the Super Series so he isn’t going to be fighting any of those guys again soon. We have the Golden Contract going on over here which a lot of the British guys are tied up in so in an ideal world I’ll start things by putting in a good shift against Timo Schwarzkopf in Dubai the week after next. Taylor will probably get an IBF mandatory put on him. Jose Ramirez defends his WBO and WBC belts against Viktor Postol – or vice versa, that doesn’t really matter – and I finally get my mandatory shot at the winner and pick my belts up. December 2020 we get Taylor v Catterall for all four belts. That would be the ideal scenario. We’ll see if it works out like that though.

Initially Postol and Ramirez were going to fight the week after me. They were going to show my fight in America and sell me first but Ramirez hurt his thumb and their fight got postponed. I’ve waited this long, another couple of months isn’t going to hurt.

This fight with Schwarzkopf isn’t a tickover. Top Rank think it’s a tough fight which is worthy of being shown on their network and they’re expecting him to come and give me a good go. I’m prepared for it. He’s never been stopped and has only lost to Anthony Yigit, Chris Van Heerden, and another guy who he avenged in his last fight. He’s a German fighter who’s gonna come forward and wing them in. It’s ultimately about getting the win but I want to look good doing it.

I’ve been training since April and I think I might be waiting until April or May next year for my title shot. I had to fight. Bills need paying and I have to stay active. I probably could have got an easy tick over fight but it would have done me absolutely no good in the long run. I’d have got bad press with people saying ‘Look who Jack’s boxing. He’s sh*t. How can he compete with Taylor?’ We try not to but we do listen to what the press say.

This guy is worthy of being in the ring with me. I’ll get to show what I can do against him and if I do get the call to fight for the world titles in April or May, I’ll be in a much better position than if I’d fought somebody sh*t. I can’t wait to get out to Dubai and show what I can do.

Keep checking 32Red for an exclusive video of me going through some strength and conditioning work with a difference. I hope you enjoy it.

To see all our latest boxing markets, check out 32Red Sport here. If you’re up for a flutter on table games or the slots, be sure to check out our award-winning casino too!
Continue Reading
You may also like...
Related Topics:featured, Golden Contract, Jack Catterall, Jose Ramirez, Super Series, Timo Schwarzkopf, Viktor Postol