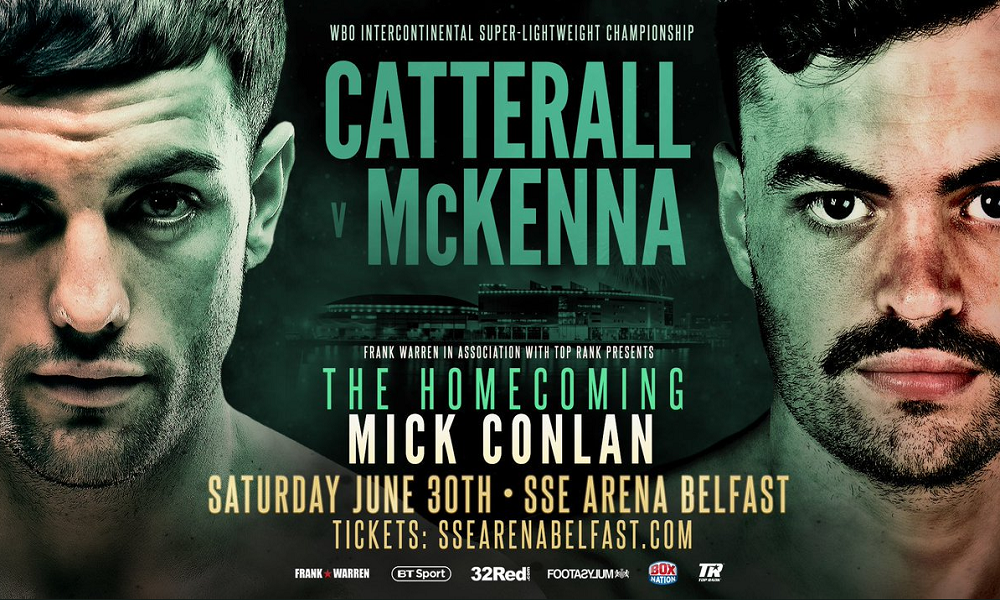 Jack Catterall exclusive: I know I’ve got to win convincingly

The junior welterweight division is about to get interesting. With rumours that the weight class will feature in the next edition of the World Super Series and a lively domestic scene at 140lbs, an intriguing mix of characters and styles are set to collide and the ability to keep calm and perform under pressure might just prove crucial. Very little fazes Jack Catterall. Well, except for the Tenerife karaoke sessions that the fighters from Jamie Moore’s VIP Gym in Astley have become famous for.

“I’ll get involved in other things but singing isn’t for me. I think I said that night that I’d spar anybody the next day for ten rounds but that I wasn’t standing up there as sober as a judge belting out a song,” Catterall (21-0, 12 KO’s) told 32Red. “It’s not for me. I don’t even think I’ve done karaoke drunk.”

Catterall has racked up a couple of first round stoppages since linking up with Moore but the standard of opposition has meant that he has been unable to show everything he has learned. When he fights Tyrone McKenna (16-0-1, 6KO’s) in Belfast this weekend, he will need to bring everything to the table. Find the latest boxing odds here.

Rather than being front and centre and the focus of his gym’s operations, the 24-year-old from Chorley has been able to get on with his work quietly and cast a watching brief over the likes of Carl Frampton and Martin Murray as they prepared for big fights. Now it is his turn.

“It’s been really enjoyable. A lot of people that know me know that I’m a pretty quiet person. I like to go to the gym and get my work done and then come home and relax. Obviously, when it’s your time, it’s your time and I have my one-to-one time with Jamie and we all have slots. The whole gym is thriving so it’s only pushing me on to be surrounded by fighters fighting in big fights. I’m learning off them at the same time so its just a case of cracking on head down and picking up everything I can.

“The gym is full of big characters and big fighters so when things are happening in the gym, it’s not all about me which I kind of enjoy. In the past when I’ve been in the gym with fighters who haven’t quite been at my level, it’s been nice because I’ve been progressing and they’ve been able to watch how it’s done at the same time. For me now, I’m surrounded by fighters who have been where I am and have pushed on to that next level. I can look at them and see what I need to do.

“I’ve been in other gyms and I’ve been around world champions so I know what it takes to reach the pinnacle of the sport. To be in the gym now and train alongside that level of fighters every day is brilliant. It’s not just about the training. It’s the mindset of how a fighter needs to be. You always want to achieve more. I’m just learning every day off them.”

So far, Catterall’s most high profile victories have come in his opponent’s backyard. Thomas Stalker was bludgeoned to defeat in front of his own fans in Liverpool and he ripped Tyrone Nurse’s British title away from him in Leeds. Fighting in hostile territory isn’t for everybody but Catterall’s ice cold demeanour is perfectly suited to the task and he takes extra satisfaction in silencing a home crowd.

“Yeah, definitely. It’s not exactly added pressure but because I know he’ll be right up for it with it being in his hometown, I think it’ll spur me on more than him. I know I’ve got to win and I’ve got to win convincingly. It’ll feel good.

“I think it’s all part of the game. I’ve done a lot of in-house sparring but as an amateur and over the years I’ve travelled up and down the country and when you go into somebody else’s gym, you have to live up to your reputation. There are always other lads watching and it becomes a bit more competitive and vice versa when they come to your gym. I fought on a lot of club shows as an amateur and that’s where I gained all my experience. Travelling isn’t going to be a problem.”

McKenna will enjoy a six inch height advantage over Catterall but at some point during his fights, the unbeaten 28-year-old tends to hold his feet and exchange punches. Nathan Brough, Stalker and Nurse all looked down on Catterall during the referee’s instructions but found themselves watching him have his arm raised after the fight.

After less than six minutes action in eight months, some fighters would be inclined to take time to feel their way into a fight but the word from the gyms in the north west is that Catterall is blessed with exceptional accuracy and timing. McKenna is sure to provide Catterall with his toughest test since the fight with Nurse but the unbeaten southpaw is primed to end matters as soon as he senses an opportunity.

“They called off the Phil Sutcliffe fight and called me on about four and a half weeks and a lot of people are saying it’s a better fight. I wouldn’t say that anybody is overlooking me but coming in on short notice and going to his hometown, yeah, it’s gonna be a bit more satisfying to pick up the win.

“I wouldn’t say he was on my radar but at the same time, when the fight was proposed it made perfect sense for me and where I am in my career. I’d only had two rounds in the ring this year due to circumstances so I was more than happy to get out again before the end of the season. He’s unbeaten, it’s on a great show and I can’t complain.

“It’s gonna be brilliant. He’ll have a gameplan but it isn’t gonna faze me too much. I’ve got a gameplan too but I’ve always said this and I’ll stand by it, you have to be able to adapt in the ring but I believe that his style and the way that he fights – we’ve looked at his previous fights and he might change things around but I think he’ll always revert to what he’s used to which is getting involved, he holds his hands pretty low and he wants to come and fight. I think that’ll suit me down to a tee.

“It’s all about timing and distance. I think it’ll only be a matter of time until he does get drawn in but, again, if he does want to box on the outside on the back foot and using his reach, that’s not a problem. I believe I’ve got the tools to break him down no matter what.”