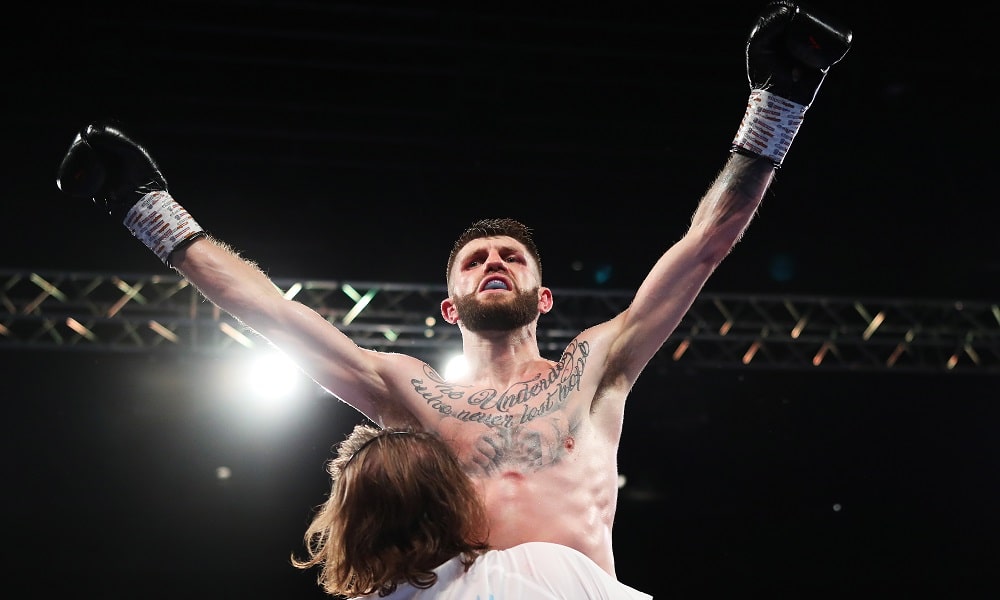 Jason Cunningham exclusive: I’m going to do a number on Zolani Tete

The super bantamweight division really does have something for everybody.

British champion Liam Davies, heavy handed Andrew Cain and talented Dennis McCann have all had important business of their own to handle recently but they have all done it with one eye on the man at the top of the tree, European champion Jason Cunningham.

As is their way, Cunningham and his team have quietly been going about their work.

The announcement that Cunningham would face two time, two weight world champion, Zolani Tete, this weekend came out of the blue but it did two things. For all the latest fight odds, visit our sportsbook.

It showed that the European super bantamweight champion has no intention of dropping back down to the level he spent so many years campaigning at. And it proved that the 32-year-old from Doncaster is willing to face whoever it takes to continue moving onwards and upwards.

“I’ve got all these Queensbury fighters champing at the bit to get hold of me – I’ve got a dart board on my back – but I’ll just keep pulling further and further away. This is the one that can take me to the next level. A name like Tete is a scalp I want on my record. I’m the main event at Wembley. This is big,” Cunningham told 32Red.

“It was mooted in the background to my previous fight. We decided to get my mandatory out of the way and I kind of had time to digest it back then but, yeah, I’m excited through. He’s well known on these shores after Paul Butler and Frank promoted him for a bit too. I’m buzzing.

“This is the next level and it’s time to really test myself. There are question marks over which Zolani Tete will turn up. Will moving up in weight benefit him or is it gonna work the opposite way? I’m excited about finding out on the night which Tete is turning up.” 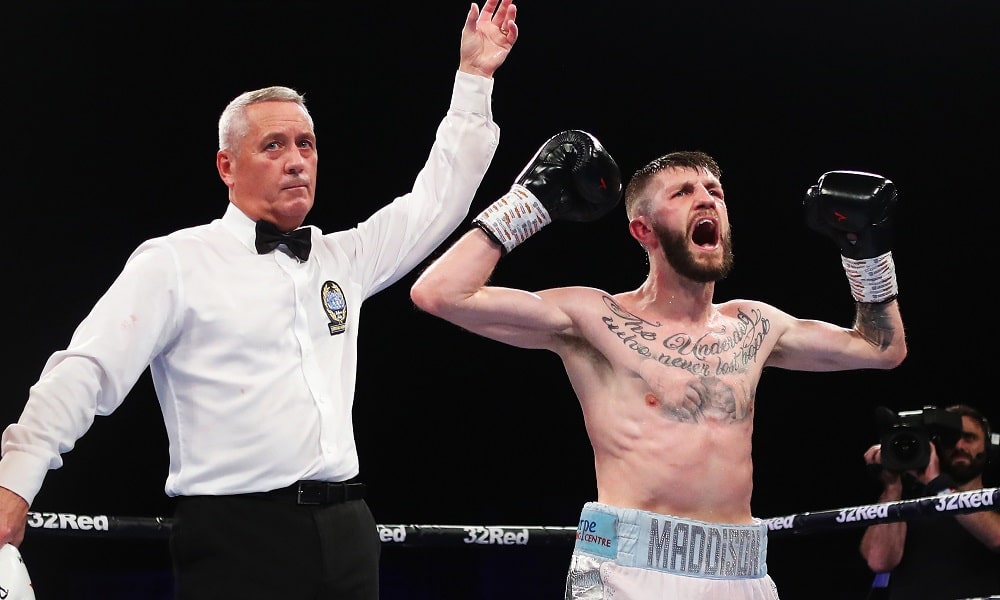 Current world champions apart, Tete is about as good as it gets. There was a spell around four years ago when he was one of the most avoided fighters on the planet. His tall, languid build and fight ending power made him a frightening prospect from any super flyweight or bantamweight in the world.

I just believe it’s my time

At the same time, Cunningham was rebuilding his career after losing consecutive fighters to Reece Bellotti and Jordan Gill. If anything proves the power of perseverance, it is the fact that in the eyes of many, Cunningham will be a decent sized favourite this weekend.

“I agree. Tete’s highly ranked too. He’s been there and done it. He’s held IBF and WBO belts at two different weights so to have that name on my record excites me,” Cunningham said.

“All the work has been put in and I’ve prepared for a prime Zolani Tete. When I’m in that dressing room about to walk to the ring, I’ll know that I’ll have covered all tracks and be in the best condition I can be. I just believe it’s my time and that I’m gonna look very good.

“It shows how things can turn around if you keep plugging away. I hope he isn’t too much of an underdog if the bookies do have me favourite because I can win everybody some money again. At the same time he’s still dangerous and known as a puncher.”

There’s no quit in me

Tete and Cunningham are separated by just two years but there is a feeling that their careers are headed in different directions. The South African has boxed less than one minute since John Riel Casimero ended his eight year unbeaten run back in November 2019.

In that time, Cunningham has collected titles and moved his career on to a different level. He has designs on more belts and even bigger scalps and will be aiming to find out just how much Tete still wants to fight as quickly as possible. 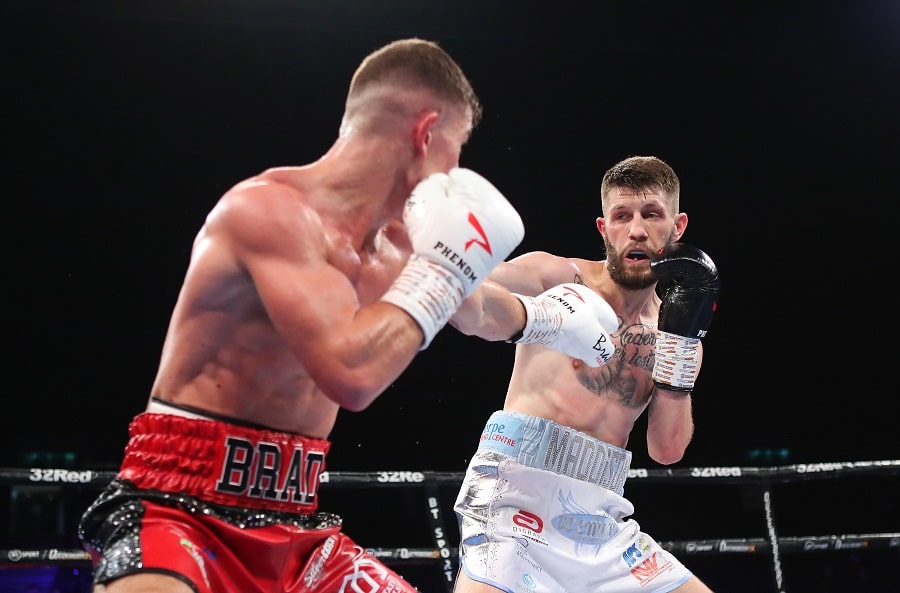 “I don’t want this to end now. I’ve got all these young prospects calling me out and I don’t want to have to revert back to them. That’s not what I want. We’re taking this very seriously and I’m not gonna be denied. No matter what I’ve got to do, even if I have to dog it out.

“He doesn’t like it being put on him and he’s been known to quit – that’s definitely there – but there’s no quit in me. I’m gonna give it absolutely everything,” said Cunningham.

“I’ll be honest, there’s respect there for what he’s done but at the same time he’s had his time. This is my turn now and he’s not taking it away. I’ve put in a lot of work to get here. If I have to be rough with him, I will.

“He’s not gonna have that size advantage on me like he has with some of these super flyweights and bantamweights. I’ll probably be the same size as him and probably physically stronger. I’ll use it all to my advantage and let him know we aren’t there to play games.”

Cunningham’s rise from the away corner and right hand side of the bill has been one of British boxing’s most endearing stories over the past 18 months and he has absolutely no intention of allowing it to peter out at Wembley this weekend.

Injury and illness have caused the cancellation of other shows which might have competed for boxing fans’ attention this weekend and Cunningham will have free reign to show everybody exactly what type of fighter he is these days. He couldn’t have a better opponent or a better stage. Everything is in his own hands.

I’m the main event at Wembley. This is big

“One of my friends asked the other day if that puts a bit more pressure on me but it doesn’t. I’m enjoying it. I’m taking it in my stride. I’ve taken long enough to get here and I get to show people that I’m here at this next level. I believe I’m gonna do a number on Zolani Tete.

“Frank will be there too. I’m main event on a card with Joe Joyce on it at Wembley. They’re delivering for me like they promised me they would. I wanna do this and be one of his main fighters moving forward.

“There’s a good story with me. I’ve been there and done it with some major titles. I think BT Sport like it too. I was doing some punditry in Telford the other week and that seemed to go down well. I’ve gotta keep doing it, keep enjoying it and once I beat Zolani Tete on July 2nd we’ll see what comes after that.”

Continue Reading
You may also like...
Related Topics:featured, Jason Cunningham