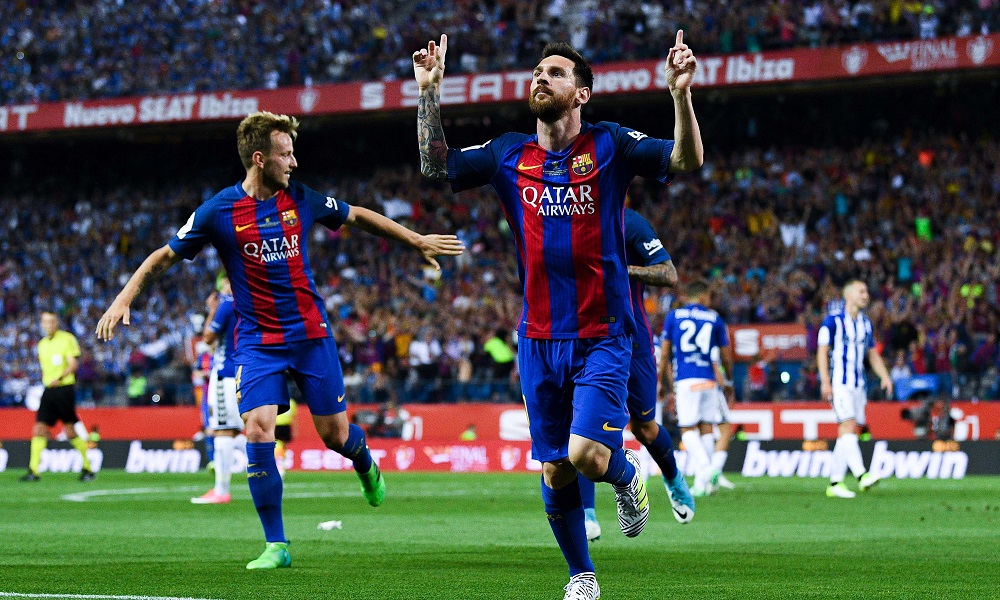 La Liga: The season so far

Top level Spanish football returns this week, and if you fancy a change from the Bundesliga – or you’re just looking for a division where the outcome isn’t an entirely foregone conclusion – La Liga could be just the ticket. For all the latest odds, visit our sportsbook.

The restart gets underway later this week, when Sevilla take on Real Betis in a late evening kick-off on Thursday. Barcelona will return to action on Saturday night against Mallorca, with both Madrid teams playing on Sunday.

Matches will be played behind closed doors, and the plan is for at least one game to be played every day until the end of the season; each side in the league still has 11 games left to be played.

Barca currently lead Real Madrid by two points at the top of the table, with Atletico Madrid some 13 points off the pace, and just sixth in the league table – though Liverpool fans will remember the side have had a rather better time of it in the Champions League.

Never mind that for now, though; if you haven’t been paying attention to La Liga, here’s the stories of the season thus far… 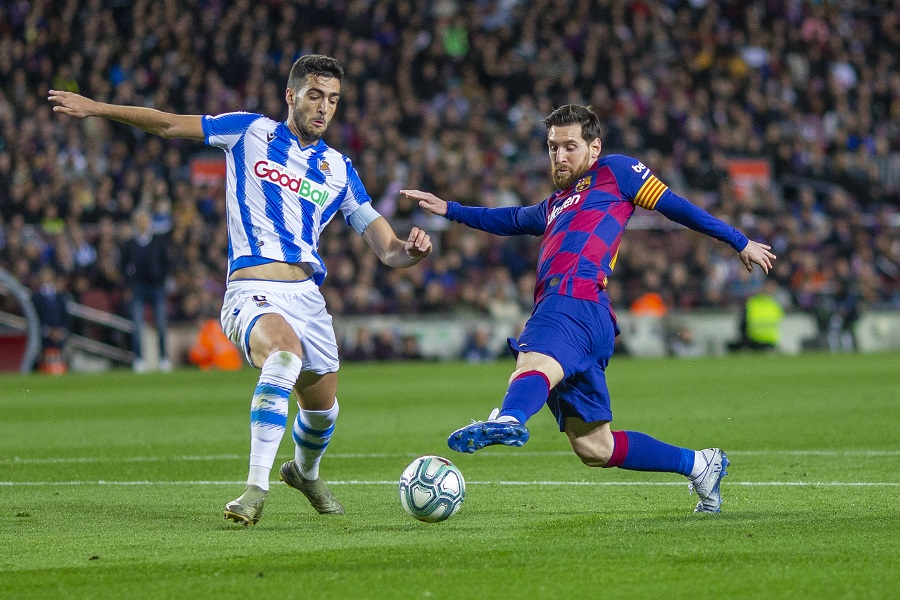 Barcelona might still be the team to beat in La Liga, but this hasn’t been a happy campaign for the Catalan club. The side have already lost one manager this season, with Ernesto Valverde getting the boot after a Spanish Supercup defeat to Atletico Madrid back in January.

New boss Quique Setien saw his side defeated by Real Madrid before the enforced break, and there’s a feeling that Barca have been far from their best for most of the season. But for all that, they still lead La Liga; alas, problems off the pitch are far more concerning.

Lionel Messi was so unhappy with the club’s management earlier this season that he openly criticised them. After sporting director Eric Abidal claimed that players had not been trying under Valverde, Messi posted a pointed message on Instagram, essentially suggesting Eric needed to wind his neck in.

Abidal remains in his position at Barca, despite Messi’s angry words; but in April, six board members resigned, calling for presidential elections at the club in their collective resignation letter. Whatever Barca’s league position, it seems there aren’t many happy campers at the Camp Nou right now… 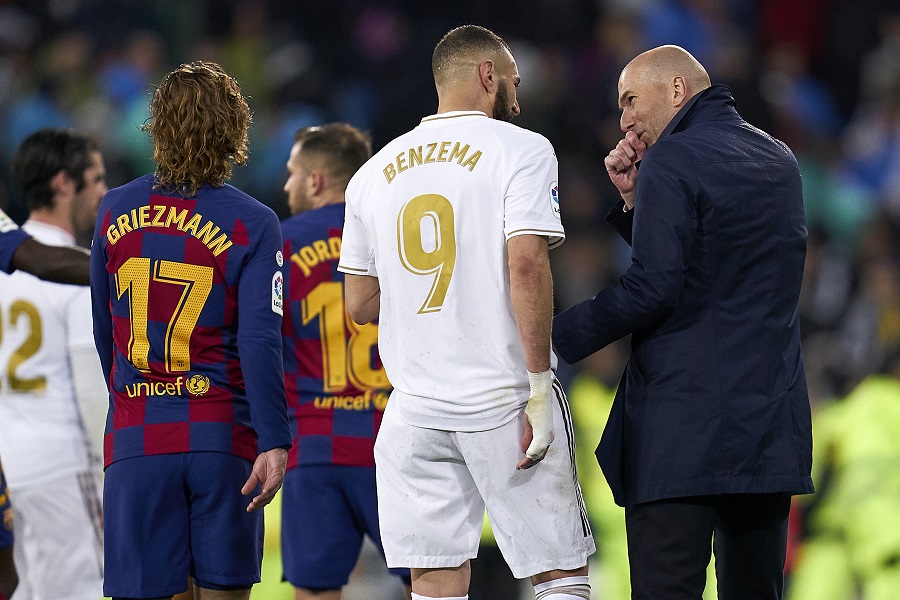 With Zinedine Zidane having rejoined the club towards the end of last season, were the good times coming back to the Bernabeu? The previous season hardly ended auspiciously, with three defeats in four games for Zizou.

The manager has been unable to sell Gareth Bale, despite a clear desire to be rid of the Welshman; last summer a deal appeared to have been struck with Chinese side Jiangsu Suning, only for Real president Florentino Perez to have scuppered the deal at the 11th hour.

Bale has figured only fitfully for Madrid this season, scoring just twice (in the same game, back in September) in 14 league games for the Spanish giants. Perhaps it’s no coincidence that Madrid have been curiously toothless at times this season, failing to score against Atletico, Barcelona, Atletico Bilbao and even Levante and Mallorca – with the two latter clubs each beating Real this season.

Yet despite what’s hardly been a vintage campaign, Real did defeat Barca 2-0 in their penultimate game before the recent enforced break. They remain in touching distance of their bitter rivals, trailing Barca by two points in the league. And Karim Benzema has been useful for Real, scoring 14 goals in the league so far – even if he’s scored just twice in 2020. The Frenchman needs to rediscover his early season form… 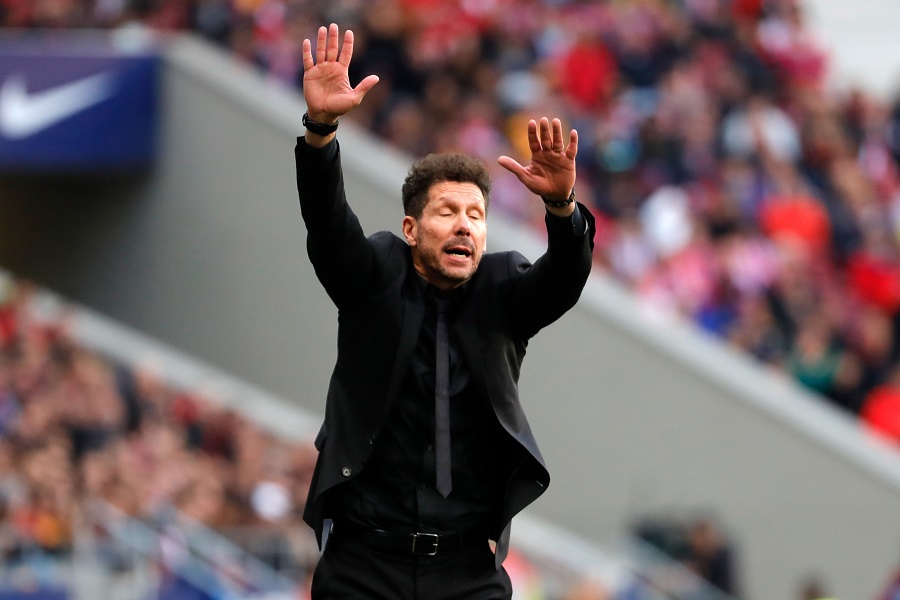 Diego Simeone might still be dressing like a hitman (check out feel-good assassination flick Grosse Pointe Blank to see where the coach got the idea for his black shirt, black tie ensemble), but Atletico Madrid have lost some of their cold-blooded ruthlessness this season.

Atletico are a near-unthinkable sixth in the league table, drawing 12 times in La Liga and proving surprisingly poor at keeping clean sheets, given the meanness of Atletico’s defence is kind of what the club are notorious for.

They can still perform at the highest level at times – see their Champions League encounters with Liverpool – yet domestically, it’s not been great for Madrid’s ‘other’ team.

For all that, Atletico have only lost four times this season. Three of their last four games before the break were draws; will they be able to find victory against Athletic Bilbao on Sunday? With club president Enrique Cerezo talking up his team’s hopes of winning the Champions League this summer, it would be good to see the side put in a convincing performance this weekend.

The redemption of Julen Lopetegui 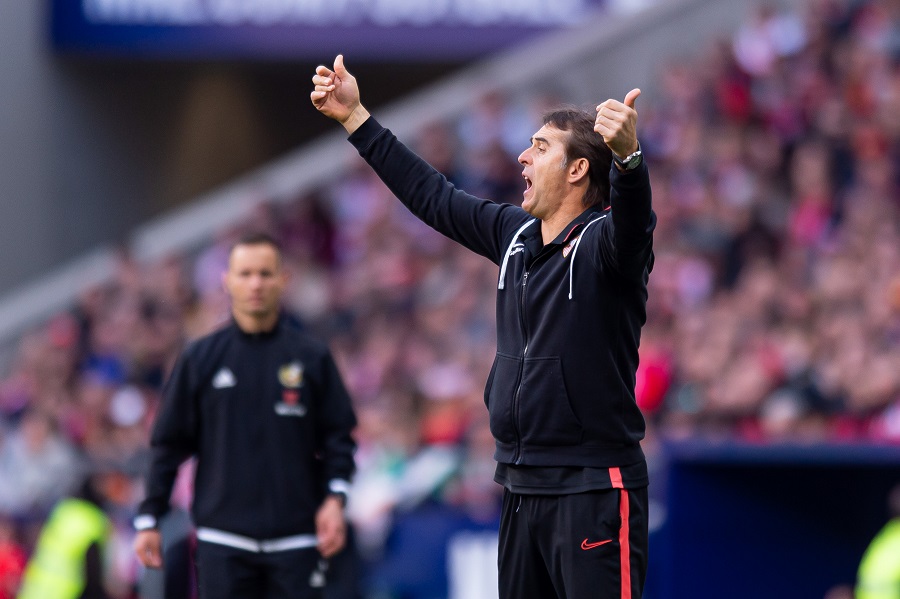 You may remember Lopetegui as the hapless, headline-making coach who was removed from his role as manager of Spain just days before the start of the World Cup in Russia, after Real Madrid revealed he had agreed to become the club’s next manager.

If Lopetegui’s path to Madrid was inauspicious, his brief stint with the side was plain disastrous, the coach losing four of his last five league matches before he was sacked in October 2018.

Yet Lopetegui has moved on from that low point this season; taking charge of Sevilla in June of 2019, the 53-year-old has been quietly impressive with Los Palanganas, with the club third in the league table behind Barcelona and Real Madrid.

With a home match against Barca pencilled in for later this month, maybe Jules can do more for Real as the coach of Sevilla than he ever managed while he was in charge at the Bernabeu.