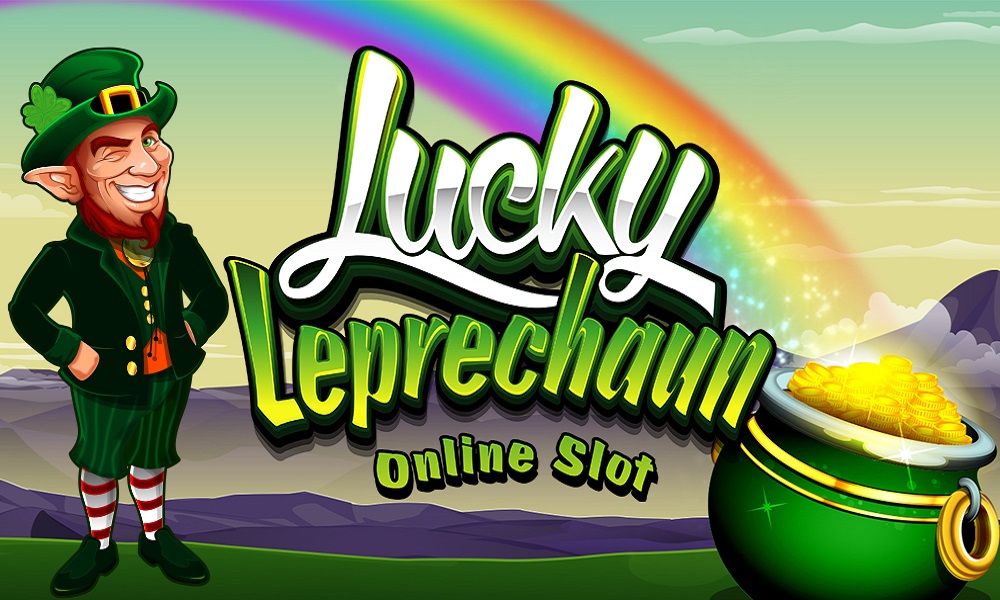 Leprechaun hub: Everything you need to know about these lucky charmers

What is it with leprechauns and casino slots? It seems gamers can’t get enough of these mythical, mischievous fellows – with not one but two hit games available on 32Red, Lucky Leprechaun and Lucky Leprechaun Loot.

So why has this munchkin-like figure become so well liked in gambling circles? Is it because he’s an icon of fun and good fortune? Or is it just because he’s got all the best prizes? Let’s discover a little more about what makes this little guy tick. 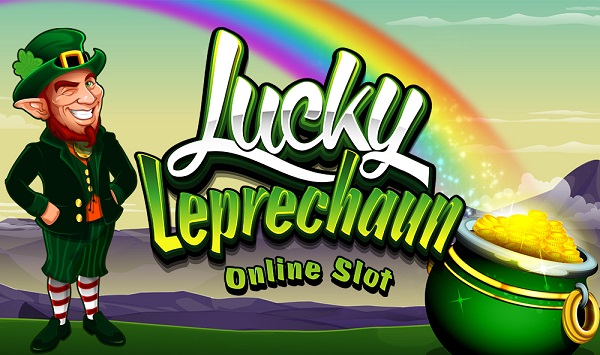 Folklore has it that the leprechaun is a cheeky little scamp who will obligingly dole out three wishes if you’re lucky enough to catch hold of one. The old maxim about there being a pot of gold at the end of a rainbow is tied up in the myth of the Leprechaun too – apparently, the pot belongs to the leprechaun.

With red hair and a red beard to match, the leprechaun is generally depicted as being a particularly short fellow, who dresses rather flamboyantly in a green suit, often setting off his outfit with a top hat or bowler. 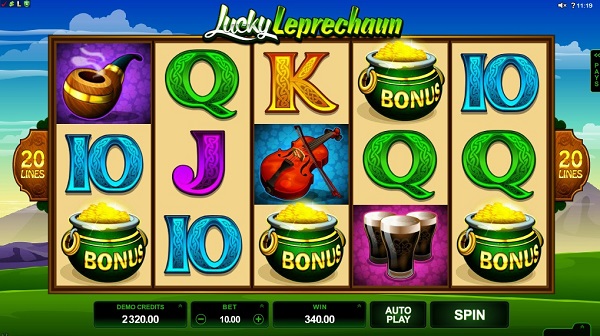 For years now, Lucky Leprechaun has been one of the most popular slots on the 32Red site. Maybe it’s the fact that the game welcomes you in with voiceover from the leprechaun himself, before some lilting Irish-style music kicks in, in relaxing fashion.

With pints of stout, the leprechaun’s pipe and pots of gold amongst the symbols that populate the reels, there are also Free Spins that come complete with a multipliers that go up to 5x. But it’s the Trail O’ Fortune feature that really makes this such a peerless play – using this feature, players can earn a multiplier win of up to x1000! That’s irresistible, even if you don’t believe in Leprechauns… 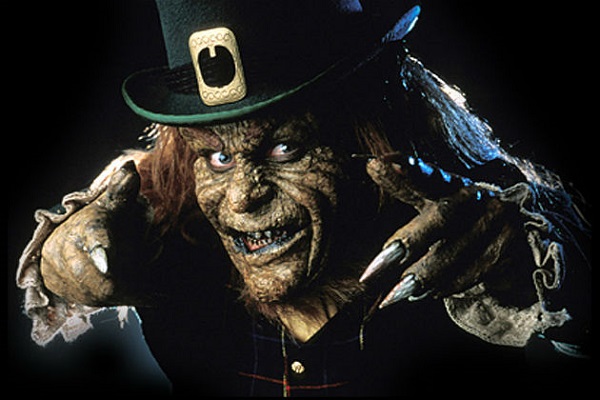 The leprechaun has often been depicted in pop culture as an impish, rascally figure. But in the 1993 film of the same name, this cheeky Irish stereotype has been transformed into some sort of malevolent brute, a diminutive but deadly creature of chaos, hellbent on tracking down the foolhardy American who stole his pot of gold.

As set-ups go it’s a pretty preposterous one. Nonetheless, the script was enough to secure the services of Jennifer Aniston (before she starred in Friends), who plays the chief target of the leprechaun’s wrath.

The leprechaun himself, incidentally, is played by Warwick Davis, who appeared in Life’s Too Short with Ricky Gervais and Stephen Merchant. Still, interesting cast aside, the film is reportedly dismal – though it clearly found an audience, spawning a series of increasingly insufferable sequels. 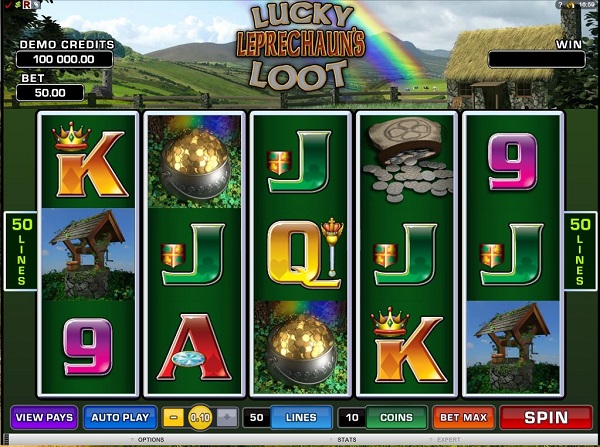 A slightly less well known Leprechaun slot, this one doesn’t have the lilting music nor the friendly Irish brogue welcoming you to the game, but it does pack plenty of reasons to play. Wild wins are doubled – or, during Free Games, multiplied by x6 – and after Free Games, you also have the option to collect a mystery prize that could result in a payout at an amazing x500!

If we’re being honest, Loot’s presentation isn’t quite as charming as the original Lucky Leprechaun slot – still, if you’re hankering for a break from the better known slot, this is definitely a worthy alternative. 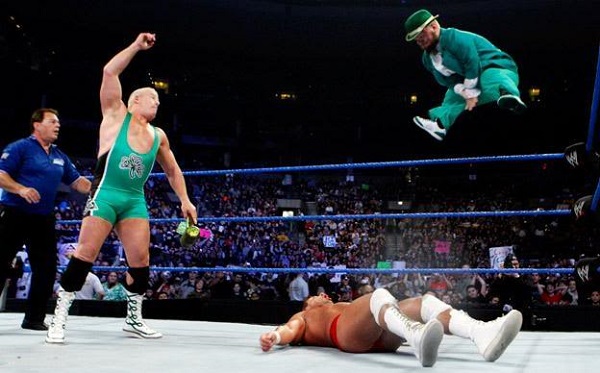 Wrestlers and leprechauns don’t seem the most obvious of bedfellows, but that hasn’t stopped WWE brawler Hornswoggle – real name Dylan Postl – from taking down opponents that tower over him. That’s the madcap, unpredictable and very much unscripted world of wrestling right there folks.

In a somewhat insensitive scenario (even in a feature about leprechauns), Hornswoggle was first introduced to wrestling fans when he emerged from beneath the ring itself, to cries from the commentators of “what the hell is that?” The newcomer scampered around the canvas for a bit, before smashing his opponent over the head with a lump of wood. All hail Hornswoggle.

Since then the poor sod has also attempted to charm Miss Piggy (the muppet wasn’t interested), taken on a giant, lumbering sadist of a man called Big Show, and been dressed up as a baby, complete with nappy, in the service of WWE storylines.

In one twist worthy of a soap opera, Hornswoggle was even revealed to be the son of WWE impresario Vince McMahon, who reacted in disappointed fashion. All of which makes the original leprechaun angle look dignified by comparison. Still, good luck to you Dylan, a man’s got to eat.

You can play Leprechaun or Leprechaun Loot on 32Red – where you’ll also find a wide range of slots and table games to keep you entertained.

Continue Reading
You may also like...
Related Topics:Casino, Slots

4 greatest Vegas pool parties (that actually seem a little iffy in some respects, now you come to mention it)
Jurassic World™: It’s here