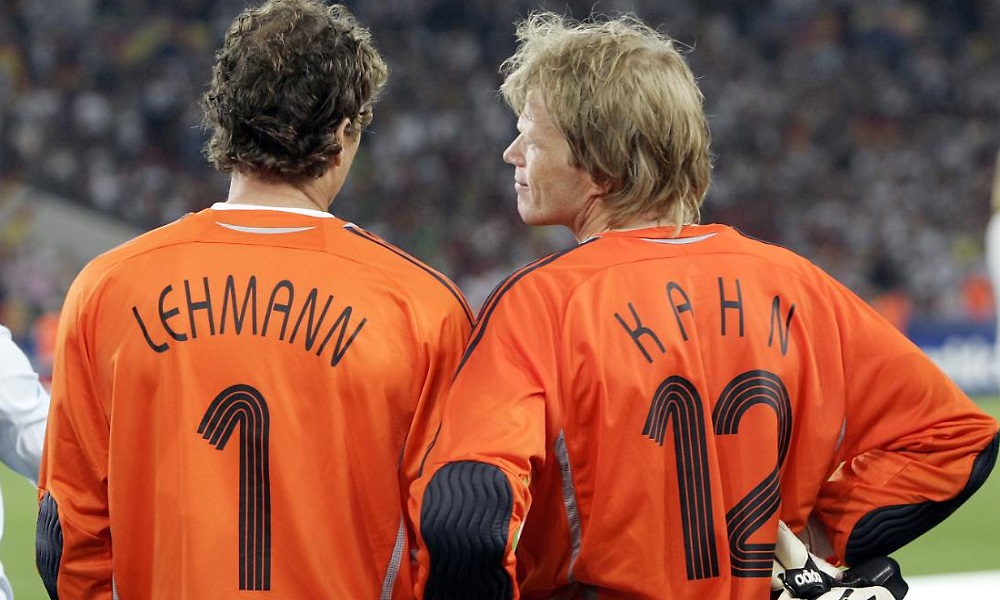 Let the right one in: Four great goalkeeping rivalries

The current Schalke keeper will join Bayern in the summer. But Neuer, who has a contract with the Bundesliga giants until 2021, insists that the arrival of the new man is “insignificant for my contract extension”.

Neuer added, pointedly, that “the future, one day, will belong to Nubel” – but the current Bayern keeper evidently believes that right now, he remains number one. Whether the next permanent Bayern coach will see things that way is a different matter.

But rivalries between goalkeepers are nothing new. Generally, there’s an obvious hierarchy – but sometimes, the situation can become a little more complicated. Here’s a few of our favourite goalkeeping grudge-matches. 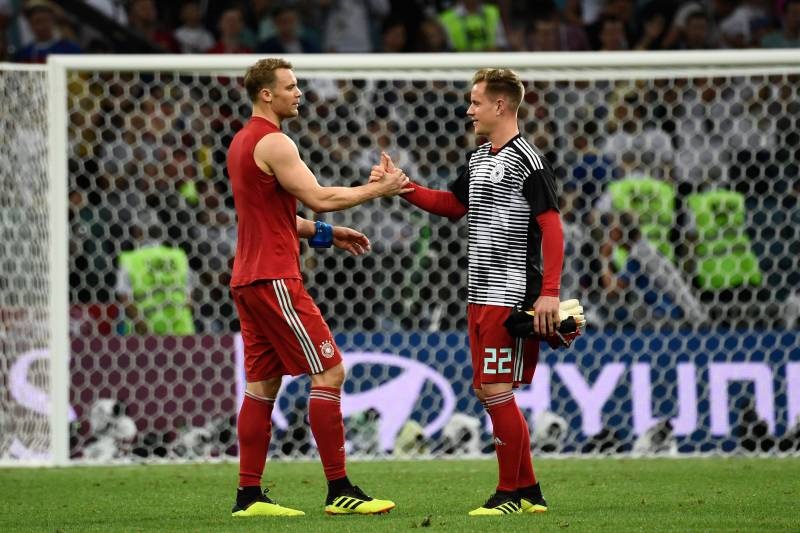 Turns out Manuel has got form when it comes to resentful relationships with colleagues.  Neuer might be Germany’s first choice keeper when it comes to international duty – but Barcelona goalie Ter Stegen is waiting in the wings.

The 27-year-old Ter Stegen voiced his discontent about Germany’s defeat to the Netherlands in September of 2019, with the Barca man opining – quite reasonably – that the loss was “difficult to take”. That prompted Neuer to complain that his understudy’s attitude was partly responsible for the lack of team spirit in the squad.

It all sounds petty, rather than poisonous. But that hasn’t stopped Uli Hoeness from weighing in. The colourful 68-year-old Bayern president channelled the petulant spirit of Donald Trump as he declared “we will not accept a change [of goalkeeper]. If that happens, we won’t send Bayern players to the national team any more”. Blimey, settle down Uli… 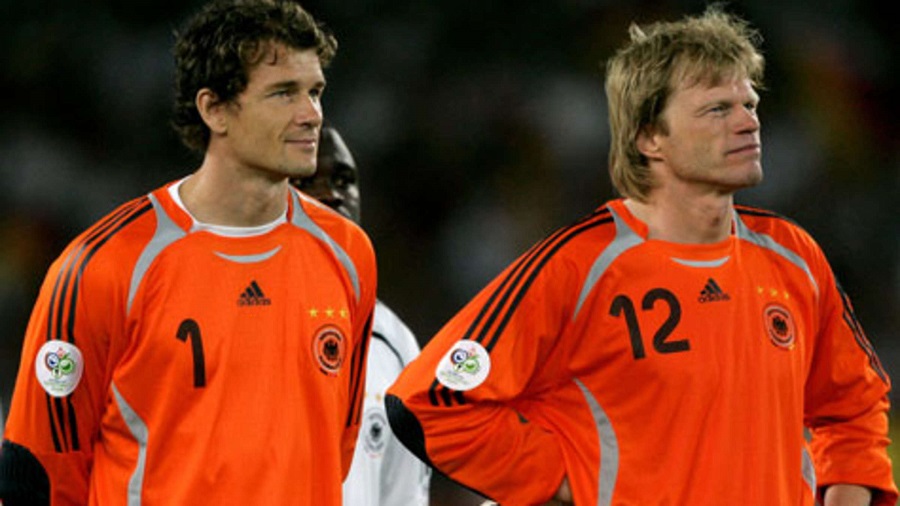 The unpleasantness between Neuer and Ter Stegen is nothing compared to what went on back in the mid-2000s, when Kahn and Lehmann vied for supremacy between the sticks for the German national side.

While Kahn was the established No.1 for Germany, Lehmann was clearly angling for the position himself – and made a lot of noise about it, insisting he performed better than his rival, that he deserved a chance – and, in a somewhat irrelevant jibe, mentioned Kahn’s relationship with a 24-year-old Munich barmaid. Kahn, in turn, mocked Lehman for losing his place in the Arsenal set-up to Manuel Almunia.

Ahead of the 2006 World Cup, Germany coach Jurgen Klinsmann announced Lehmann, rather than Kahn would be his first-choice keeper for the tournament. Disappointingly for fans of high melodrama, Kahn accepted the decision and remained in the squad as Mad Jens took centre stage. After the side were eliminated in the semi-finals, Kahn announced his retirement from the international scene. 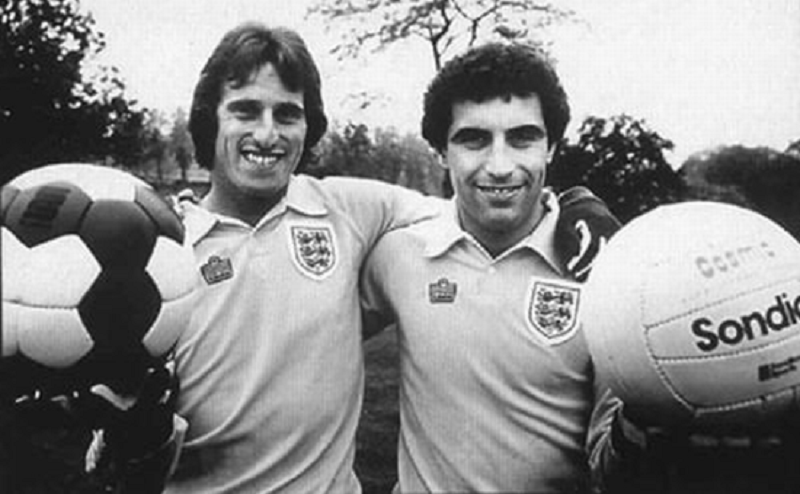 Peter Shilton is a legend of English football, but in a parallel universe it might have been Ray Clemence who got the lucky breaks as Shilts played second banana. As it is, Clemence had an outstanding career in his own right, playing first for Liverpool and then Tottenham, winning five league championships and the European Cup on three occasions – not a bad haul.

Yet Clem is still generally thought of as second best to Shilton, essentially because the Nottingham Forest man would play 125 times for England – more appearances than any other Three Lions player ever made. Shilton was also a winner at club level, winning the league championship with Forest, as well as back-to-back European Cups in the late seventies.

The pair’s rivalry was an amiable, dignified one, England manager Ron Greenwood often choosing to alternate the pair in successive games. After the 1982 World Cup, Clemence would retire from internationals after suffering a knee injury, though he would continue to turn out for Tottenham throughout the 1980s. 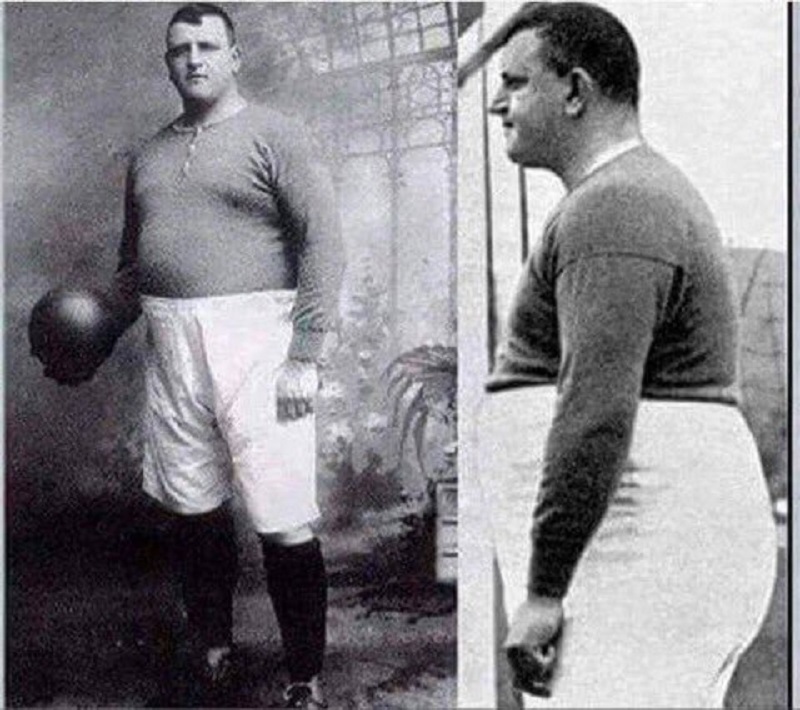 Okay, you may not have heard of these lads, since they were playing their trade at the close of the 19th century – but stick around, it’s a good story.

Reputedly the inspiration for the “who ate all the pies” chant, Foulke was goalkeeper for Sheffield United in the late 1890s; 6 ft 2 tall, and at one point weighing in at more than 20 stone, the keeper made for an unlikely sportsman – but in an era when players often bundled into goalies in order to get the ball across the line, Foulke’s bulk was undoubtedly an advantage.

The player’s size belied his speed and skill, too; the supporters nicknamed him Colossus (and, less flatteringly, Fatty), and woebetide any man who upset the not-always-genial giant – one offensive player found this out the hard way when an aggrieved Foulke seized him by the leg and dangled him upside down. Love to see Big Neville Southall do that to Michael Owen.

Anyway, Foulke would play for England just once, with the side winning 4-0 over Wales. Alas, the more conventional John Robinson was England’s regular keeper of choice, with Foulke said to be unpopular with the FA for his somewhat boorish on-field behaviour.

For an example of this, see Foulke’s actions at the end of the 1902 FA Cup. In a fit of rage, the player left the changing room after the game, naked as a jaybird, and proceeded to chase down an official who had incensed the keeper with a poor decision earlier in the match. The referee was reduced to cowering in a broom cupboard, as an angry naked Foulke threatened to rip the cupboard door off its hinges…

Look who’s back: after Zlatan, five more footballers who rejoined their former clubs
Close, but no cigar: 4 unlikely football clubs that came close to winning the league