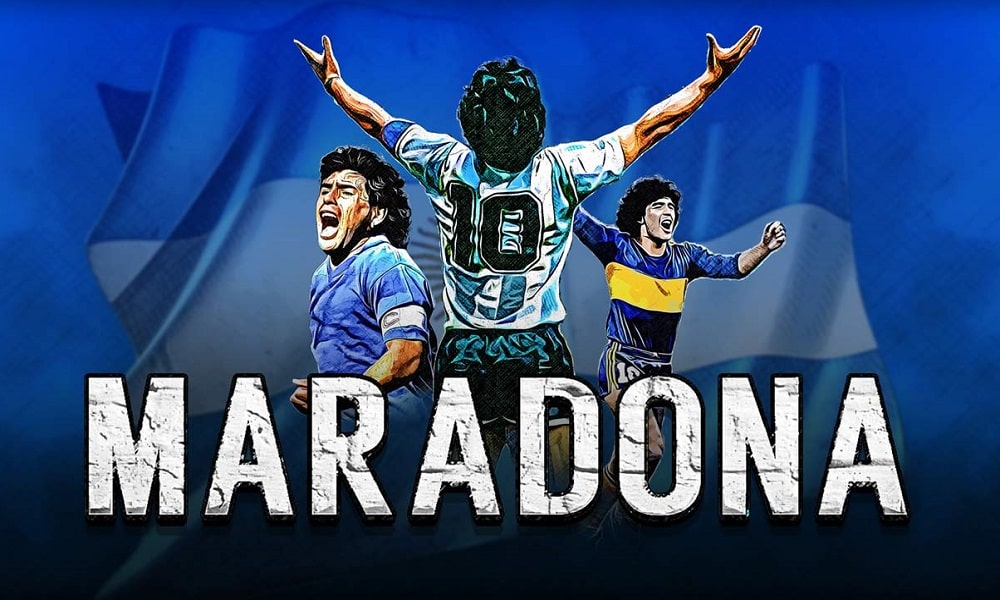 Peter Shilton still isn’t ready to forgive him. But with the passing of time, even England fans can surely admit it – Diego Maradona was one of football’s most glorious talents. Play Maradona now

The late Argentine genius might have had a tempestuous life away from the beautiful game. But on the pitch, you were never far away from a moment of genius – or perhaps controversy.

Now, one of the greatest legends of the game takes centre stage in Maradona, the majestic new slot from Blueprint Gaming. And this iconic figure’s excellence is set to captivate a whole new generation of football fans.

With a samba soundtrack setting the tone, this five-reel slot boasts classic imagery of the maestro at his most dazzling. But beyond the stylish visuals, there’s a range of ways to score a memorable win here, too.

Cash symbols are active on reels 1, 2, 3 and 4, with the Maradona X-Collect symbol in the final reel collecting the cash values on those Golden Symbols.

There are different Maradona symbols, representing his various teams like Napoli, Barcelona and Argentina. Depending on the symbol, you may also receive a Respin, a Cash Boost or a Multiplier, too. 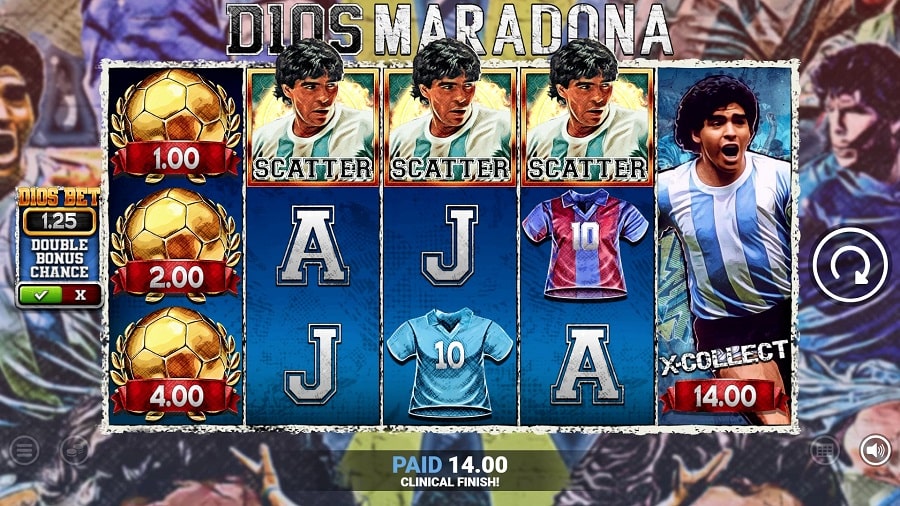 Cash symbols that land during Free Spins will also be added to a separate Cashpot; these will become active during the D10S Super Spins. (The title combines the Spanish word for God with the number 10, if you were wondering – Maradona’s shirt number.)

After the Free Spins have been played, the D10S Super Spins are triggered, with each Cash Symbol on the reels upgraded to the cashpot value.

Respin the reels, and any cash symbols in view will be collected – players can potentially win the Cash Pots multiple times.

With an ace array of features to enjoy, this release should definitely be the first name on the team sheet when it comes to stellar soccer slots. Combining nostalgia with the here-and-now, this is an elegant tribute to one of the true greats. Touched by the hand of God, indeed…

Released 11th November 2022. In the meantime, visit 32Red Casino to check out a wide range of table games and slots!

Continue Reading
You may also like...
Related Topics:featured, Maradona