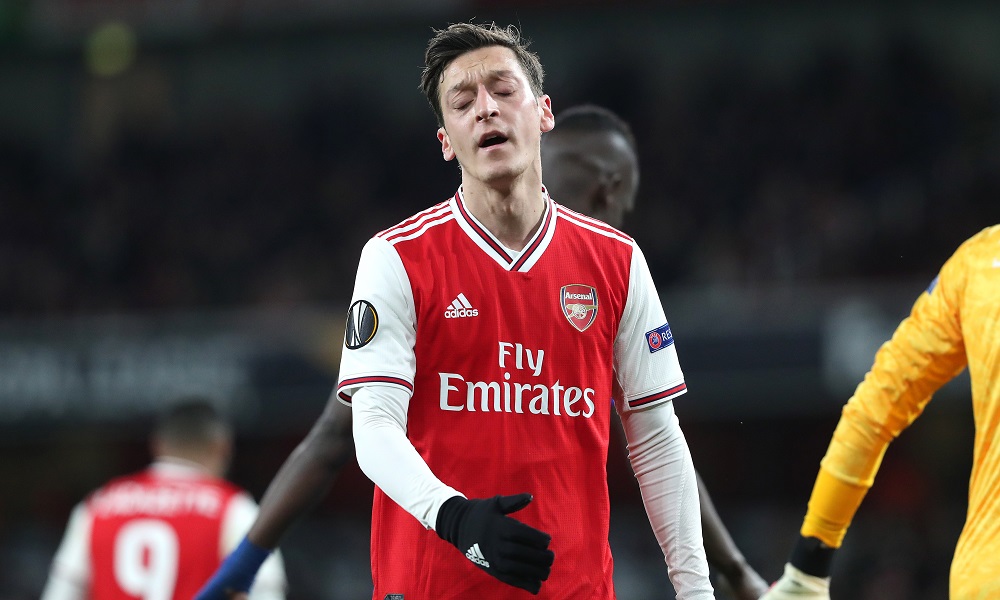 It’s been apparent for a while that Mesut Ozil doesn’t fit into Mikel Arteta’s plans at Arsenal.

The once-influential midfielder hasn’t made an appearance for the club since March, with Arteta failing to include Ozil in Arsenal’s 25-man Europa League squad earlier this month.

Now, Ozil has also been omitted from the Premier League squad, which was finalised on Tuesday.

The 32-year-old reacted to the news via a post on Twitter, saying: “I’m really deeply disappointed by the fact that I’ve not been registered for the Premier League season for the time being.

“Upon signing my new contract in 2018, I pledged my loyalty and allegiance to the club that I love, Arsenal, and it saddens me that this has not been reciprocated.”

“Before the coronavirus break I was really happy with the development under our new coach Mikel Arteta – we’ve been on a positive way and I would say my performances were on a really good level. 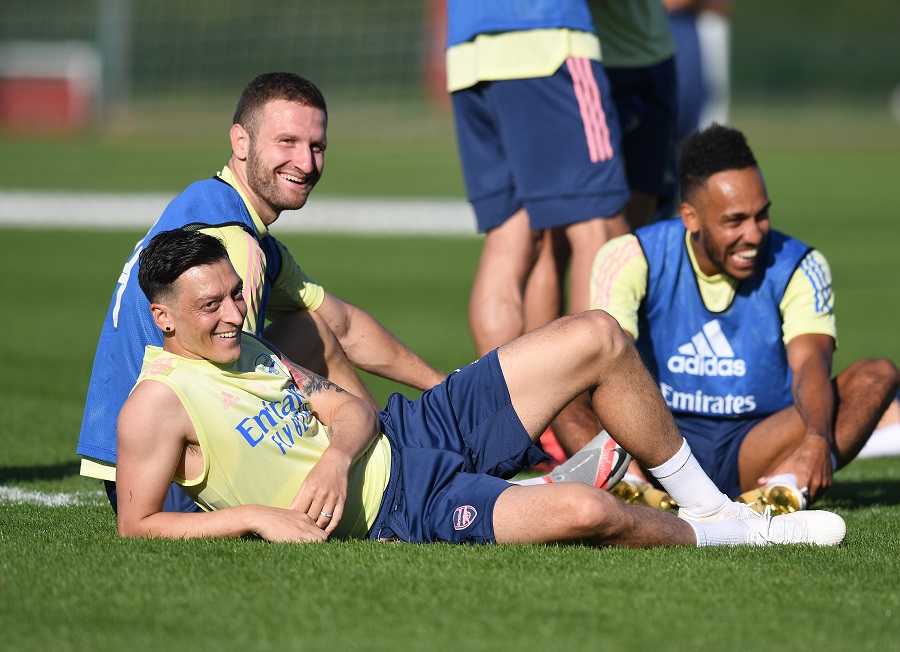 “But then things changed, again, and I was no longer allowed to play football for Arsenal.

“What else can I say? London still feels like home. I still have many good friends in this team and I still feel a strong connection with the fans of this club.

“No matter what, I will keep fighting for my chance and not let my 8th season at Arsenal end like this. I can promise you that this hard decision won’t change anything in my mindset.

“I will continue to train as best as I can and wherever possible use my voice against inhumanity and for justice.”

Ozil is the highest paid player in the history of the football club, earning £350,000 every week. That contract will end next summer, meaning the club will continue to pay a player who is unlikely to make any significant contribution over the course of this campaign.

The German joined Arsenal from Real Madrid in 2013, and has made 184 appearances for the club, initially establishing himself favourably with the Gunners’ support; the side won the FA Cup in the player’s first season at the Emirates.

Ozil also won acclaim for his prolific assist record a few years later, creating a total of 19 assists in the 2015-16 campaign – the second highest number ever recorded in a Premier League season.

But he has also been accused of a lack of commitment by some observers, with questions about attitude and even the player’s on-field body language.

Defending his decision not to include Ozil in the Europa League squad, Arteta previously told reporters: “We have a limit on foreign players [we’re allowed to register] and unfortunately we have to make that decision.”