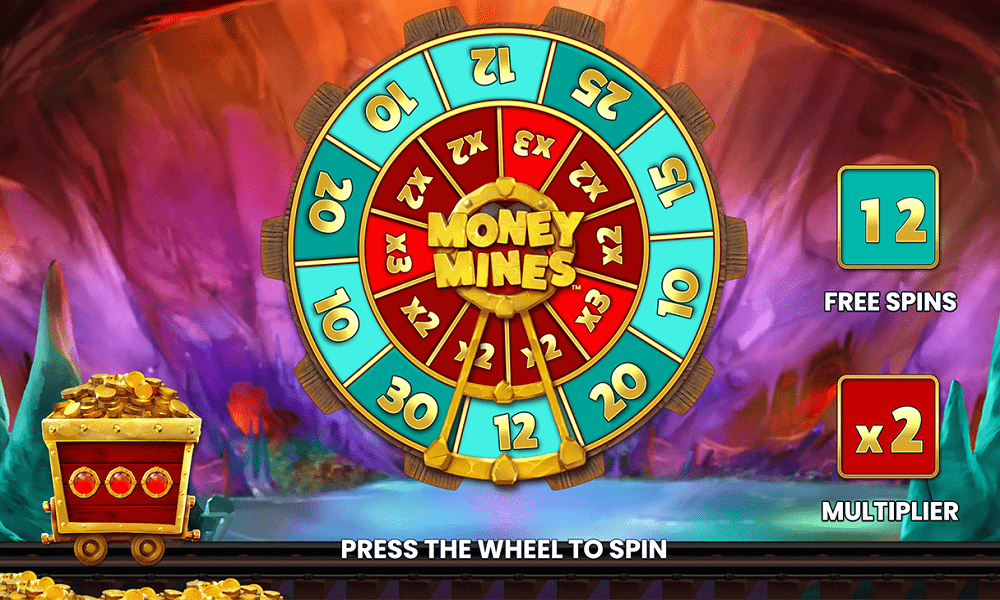 Ready to drill down into a dwarven delight of munificent proportions? We’re talking Money Mines – and this subterranean slot is positively brimming with reasons to dig in. Play Money Mines now

In this new release from Games Global and Buck Stakes Entertainment, we’re talking five reels of fun, in a high volatility game that offers a range of nifty ways to strike gold.

Money Mines – the more Firepots, the bigger the win

The concept is that you’ll join a company of royal dwarves, as they burrow deep into the earth in search of fabulous riches.

And as you traverse a mystical cavern full of striking, lurid colours, the Firepot symbols are definitely your friend. Land three of these in a single spin, and you’ll be awarded a spin.

It’s also possible to be awarded extra Spins if you land a combination of three or more low paying or Firepot symbols. The Spin will be added to your spin balance, and will be immediately used.

However, with four or more Firepots you’ll land a cash prize. It’s possible to land as many as nine Firepots in the same spin – at which point you’ll scoop a prize worth 2,000x your bet! 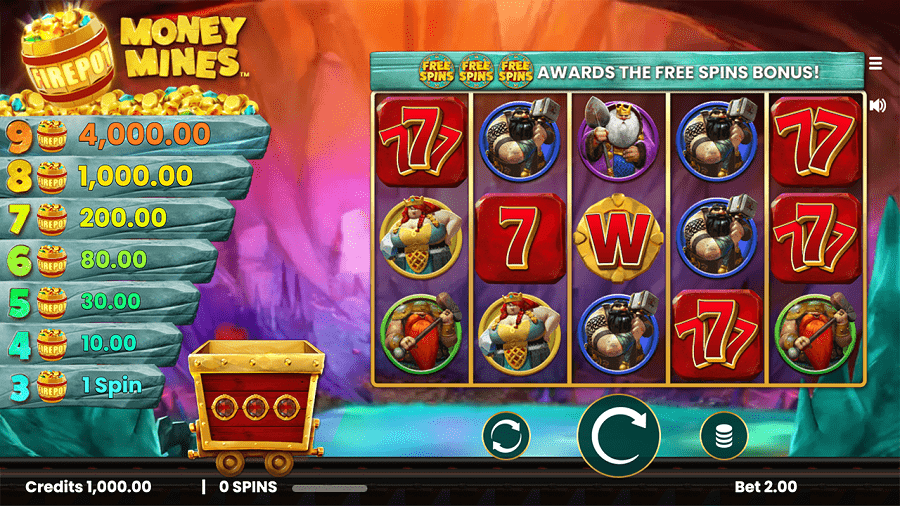 There are other ways to win, of course. If you land three Scatters, you’ll trigger a Spin on the Bonus Wheel – where you can land Free Spins, together with a multiplier.

The amount of Free Spins up for grabs on the wheel ranges from 10 to as many as 30. And multipliers of 2x and 3x are also up for grabs. The Free Spins feature can be retriggered, too.

There’s also a Cart Collect feature that applies during the Free Spins. Scatters can randomly change into Golden Scatters, which are then collected in the Cart. The Cart can award up to five extra Free Spins.

Up for a little Money Mining, then? Not long now until you can start digging for those Firepots…

Released 15th September 2022. In the meantime, visit 32Red Casino to check out a wide range of table games and slots!

Continue Reading
You may also like...
Related Topics:featured, Money Mines