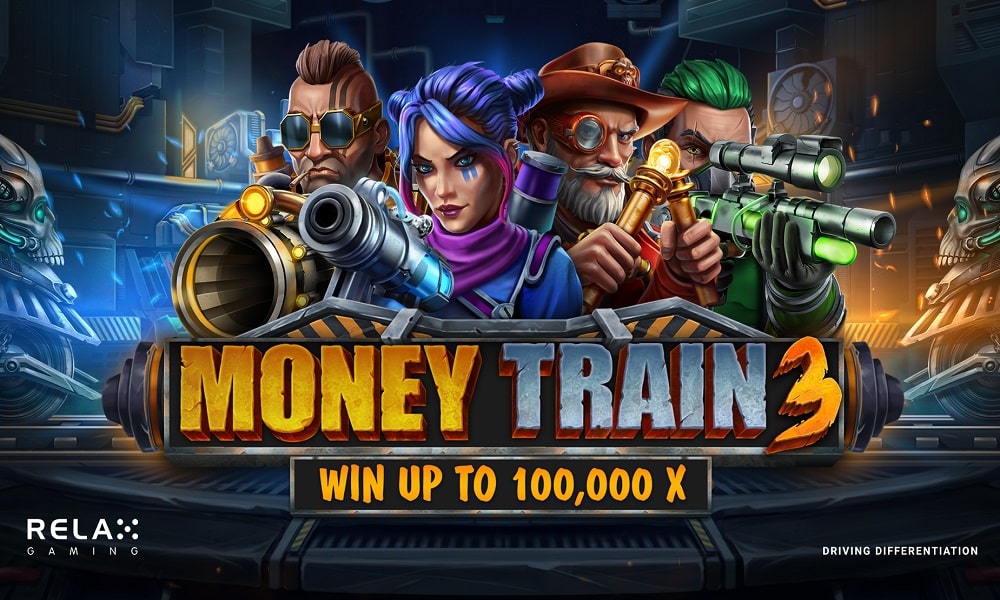 Up for some frenetic locomotive action that’s right on the Money? Play Money Train 3 now

With Money Train 3, take part in a futuristic railway robbery combining cyberpunk stylings with perfectly crafted features. It all adds up to a high-speed heist that’s sleeker than the fastest bullet train.

In this latest episode of the popular series, Relax Gaming have pulled out all the stops. This five-reel, four row release is a high volatility slot that offers a maximum win of 100,000 x your stake. But even if you don’t scoop the biggest prize, there’s plenty of ways to win here.

Like the Respin feature. This can be triggered randomly on any spin that hasn’t resulted in a win. If it kicks in, one symbol already present on the reels will be randomly selected, and made sticky, before the Respin is awarded.

And if another of the selected symbols lands on the Respin, you’ll be granted another!

It’s also possible that multipliers ranging from 1x, 2x or 3x will land; these symbols also award a new respin. The multipliers will be combined and then applied to the final win amount.

Also in the base game, land three or more Bonus symbols anywhere on the reels and you’ll trigger the Money Cart Bonus Round, where you’ll play using a different reel set. 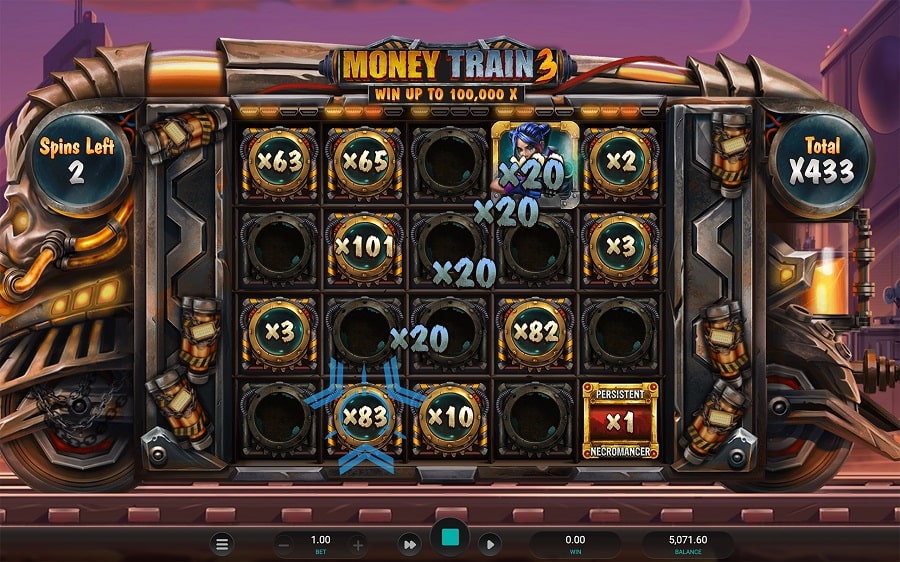 Here, a range of special symbols can turn up, bringing a whole new dimension to the gameplay. There’s multipliers, for instance, which can range from between 1x to 10x.

But there’s also a bunch of characters that can land on the reels, affecting the potential payout. These range from Sniper, who can double the value of other bonus symbols, and Collector, who can collect all visible values on the reels.

Then there’s Collector Payer, who will select between three and five symbols and pay out on them. Or the Necromancer, who can bring special bonus symbols back into the game.

It’s also possible to land Persistent versions of these symbols. As the name suggests, they’ll remain in place for subsequent spins, affecting those future spins.

With a Shapeshifter that can turn into a different special after every spin, there’s a huge range of possibilities in this Money Cart.

Fancy a ticket to ride, then? If you’re seeking a slick new slot that’s bursting with entertaining ways to win, it seems you have a train to catch…

Released 23rd September 2022. In the meantime, visit 32Red Casino to check out a wide range of table games and slots!

Continue Reading
You may also like...
Related Topics:featured, Money Train 3