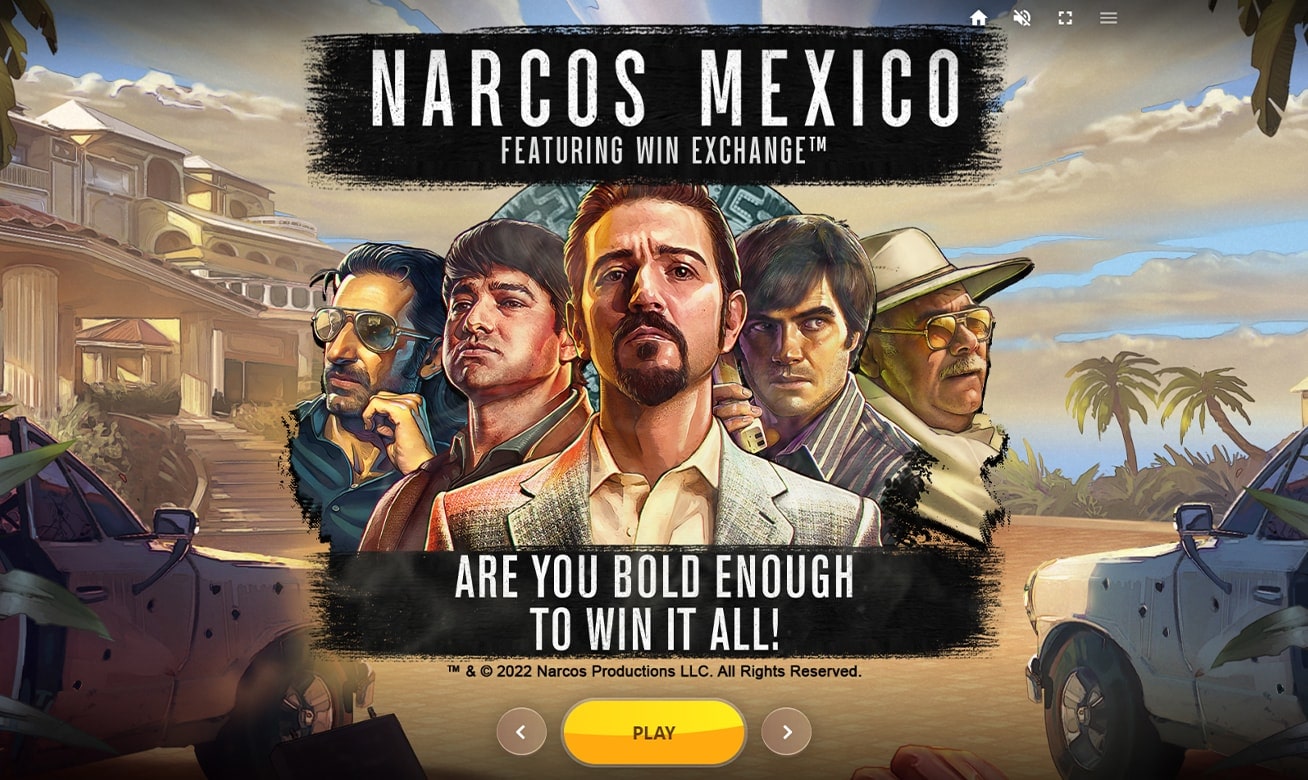 In this adrenalin-charged adaptation of the series, vibrant artwork inspired by the show creates an unforgettable slot experience.

Over five reels and three rows of high volatility, high octane mayhem, discover a range of spectacular features that will help you crush the rival crime bosses.

Like the Supply Drop, for instance. At any time during the game, you could find an airplane zooming above the reels to drop an aid package. In practice, that means Wilds that can substitute for any other symbol can land on reels 2, 3 or 4, giving you the chance to put a winning combo together.

There’s also a Double Cash feature that can kick in after a winning spin, with the amount you won being randomly doubled. 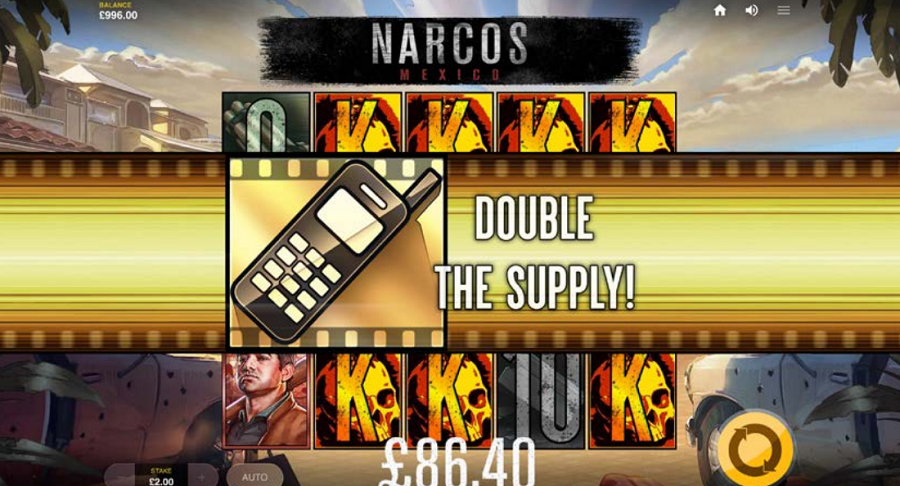 And best of all are the Cartel Spins. Activated when three Cartel Spin scatters land in a single turn, you’ll start with 2×2 Cartel Leader Super Tiles locked into the four corners of the reels.

These symbols increase the Global Stake multiplier. And with a maximum total multiplier of 10,500x, it’s plain to see there’s plenty of potential for a sizable payout.

There’s more. If Mystery Territory symbols land in a space adjacent to two or more rival territories, a Cartel War will ensue. The leader with the most territory will win, taking the territory of the leaders he vanquished.

There are also a couple of additional symbols that can help you during the Cartel Spins. With the Plane symbol, you can activate multiplier values in nearby territories.

And with the Phone symbol, not only will multiplier values in the territory be activated – they’ll also be doubled.

There’s also a Win Exchange feature for players who think big – and don’t mind a risky play. If you win 100x your stake or more on a spin, you’ll be given the option to exchange that win for three Cartel Spins. Beware though – lose, and you’ll wind up with nothing.

Ready to go toe-to-toe with these Narcos, then? It’s gonna be totally Mexico…

Released on 25th March 2022. In the meantime, visit 32Red Casino to check out a wide range of table games and slots!

Continue Reading
You may also like...
Related Topics:featured, Narcos Mexico