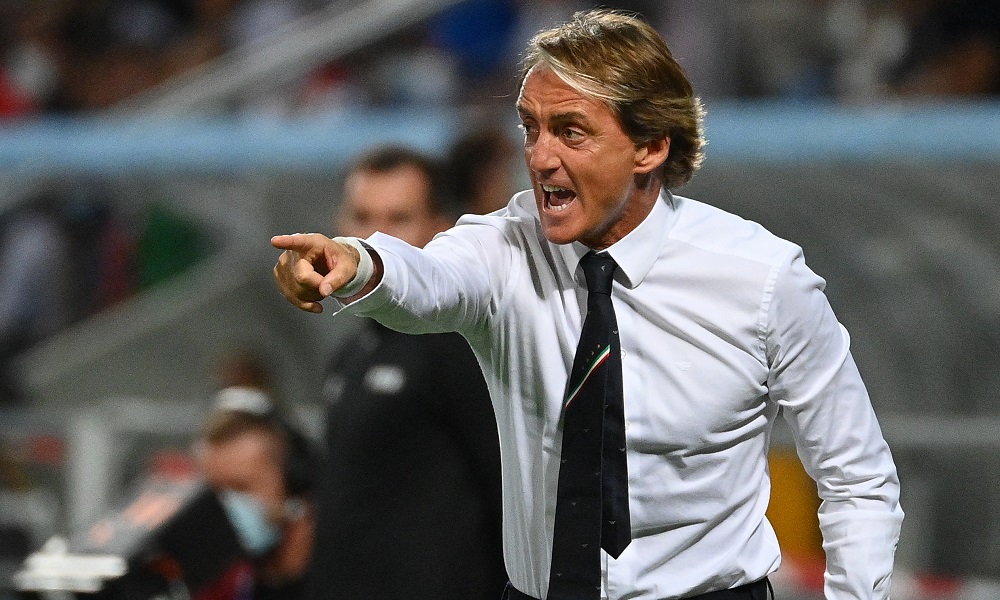 The concluding matches of the Nations League are almost upon us; the final takes place on Sunday, but first up it’s the semis.

This is the second iteration of the Nations League. Conceived to cut down on meaningless friendlies, despite a somewhat byzantine qualification format the competition seemed to be well received last time round. Possibly because England made it to the semis.

No England this time round, however – they finished third in their group behind Belgium and Denmark. Gareth Southgate’s men will instead be playing in a World Cup qualifier against Andorra on Saturday, then Hungary next Tuesday.

Before that though, this midweek action could prove entertaining. European champions Italy take on Spain in Wednesday night’s kick-off at the San Siro, before Belgium vie against France from Turin’s Allianz Stadium.

This is a chance for Italy to win a second trophy in a matter of months – but it’s also an opportunity for Spain to serve up some piping hot revenge, after they were eliminated from the Euros by Roberto Mancini’s team in the semi-finals.

That won’t be easy, with Italy on a world-record run of 37 games unbeaten. So are Mancini’s all-conquering side destined to land the Nations League this week, just months after breaking English hearts at Wembley? Italy are 59/50 to win in 90 minutes, with Spain currently available at 11/4, and the draw a 41/20 shot.

Since the Euros, Italy have drawn twice, against Bulgaria and Switzerland, before beating Lithuania 5-0 last month.

As for Luis Enrique’s Spain, La Roja have won their last two matches against Georgia and Kosovo, though they were beaten 2-1 by Sweden in a World Cup qualifier at the beginning of September.

You may recall Spain struggling for wins at the Euros – despite making it to the semi-finals, they drew five of their games in normal time, and sometimes struggled for goals.

That said, the 5-3 win over Croatia after extra time showed what this Spain team were capable of; they were eventually bested by Italy on penalties, which I think we can all agree is an imperfect way to decide the outcome of a match.

Ciro Immobile will be out for the Italians, with Moise Keane an option up front for the Azurri; he scored twice against Lithuania last time out, though he’s only scored once for Juventus this season.

It might seem more tempting to back Federico Chiesa to score first at 13/2; Chiesa has two goals from his last four games for Juventus, including one against Chelsea last week, and scored against Spain in the Euros back in July too.

But Mancini has said he is unlikely to use Chiesa as a centre-forward, which will obviously limit his opportunities to find the back of the net. Still, with less at stake here than in the summer, this could be a more open game than we’re typically used to from Italy – Mancini said as much in his pre-match press conference. Over 2.5 goals at 7/4 could be worth a look.

Belgium have won their last three matches since being knocked out of the Euros by Italy. Like the Belgians, France have faced middling opposition in their recent World Cup qualifiers, but were held to draws by both Ukraine and Bosnia-Herzegovina.

The Belgians are ranked world No.1, while France are recognised as a team brimming with talent – even if Didier Deschamps’ natural inclination is to favour pragmatism over a more poetic approach.

France’s undeniably strong squad didn’t help them at the Euros either, where the side were eventually beaten on penalties by Switzerland.

Eden Hazard is fit to captain Belgium, and has been playing regularly for Real Madrid this season, albeit without the same influence he once enjoyed with Chelsea.

But Belgium’s key man remains Romelu Lukaku, who has played in two World Cup qualifiers since the start fo the season, scoring three goals in the process.

It’s a touch worrying that Lukaku has gone off the boil at Chelsea, failing to score since mid-September, but the striker may come alive once more for his nation; and Lukaku is a tempting 5/1 to open the scoring here.

France to win and Both Teams To Score is a 19/4 shot, and with this array of attacking talent you’d think Deschamps’ side might be able to edge this one.

Here for a good time, not a long time – Ranieri rocks up at Watford
New era for Newcastle looming as takeover seems inevitable