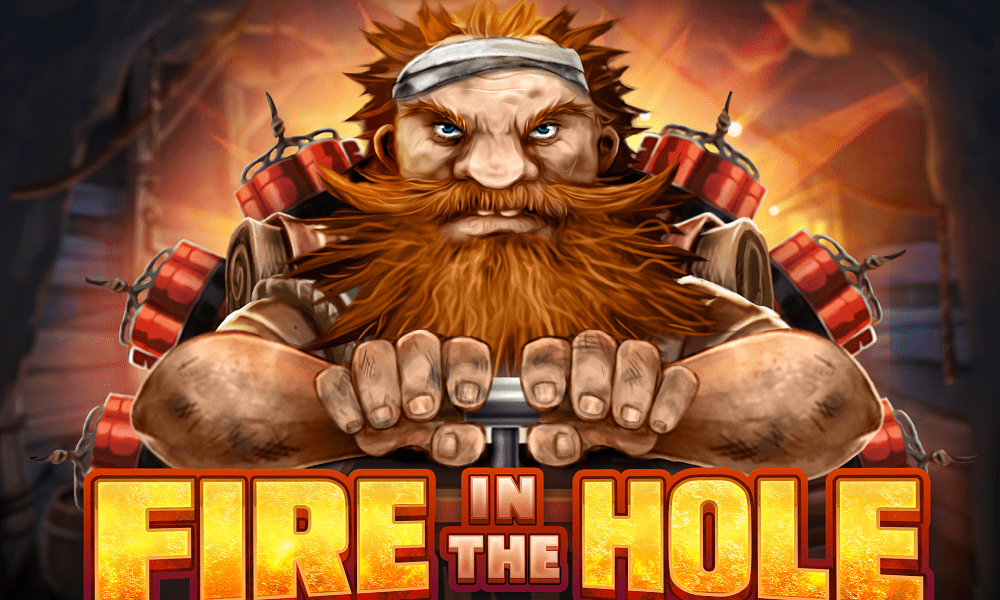 A slew of not-to-be-missed No Limit City slots are coming – read part 1 here, and get ready to have your mind warped.

Fire In The Hole 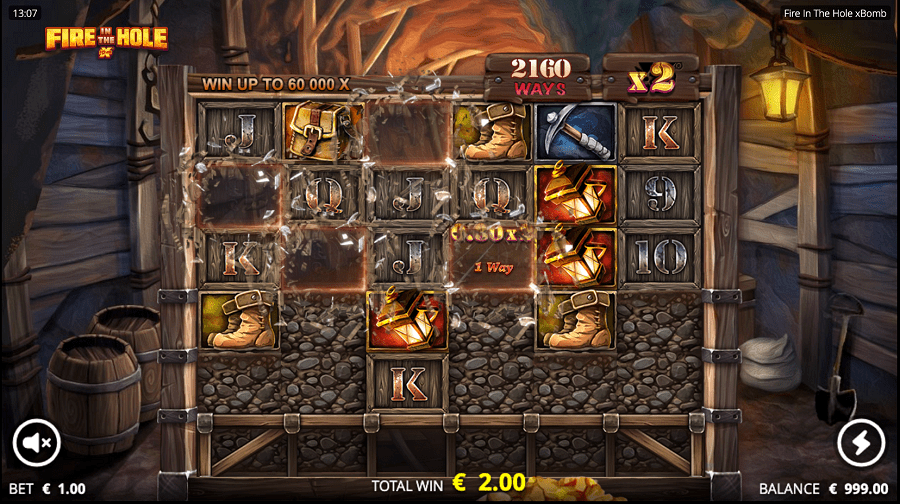 Dwarves. Dynamite. Dubious hygiene. Get ready to mine like you ain’t never mined before in Fire In the Hole, the tunnel-negotiating release that sees you delving deep into the earth in search of untold riches. Or failing that, exploding wilds and a maximum payout of 60,000x your bet.

Packing a six reel, three row display that can increase up to 6×6 – giving you a maximum 46,656 ways to win – Fire In The Hole features the brilliant xBomb feature. Trigger the xBomb, and you can remove adjacent symbols whilst also increasing the multiplier, giving you even scope to blow a hole in this little goldmine.

With Lucky Wagon Spins that can give you enhancements like Multipliers or straight up prizes, find yourself in this Hole and you’ll want to keep digging. Play on to discover why this is one of No Limit’s most popular slots. 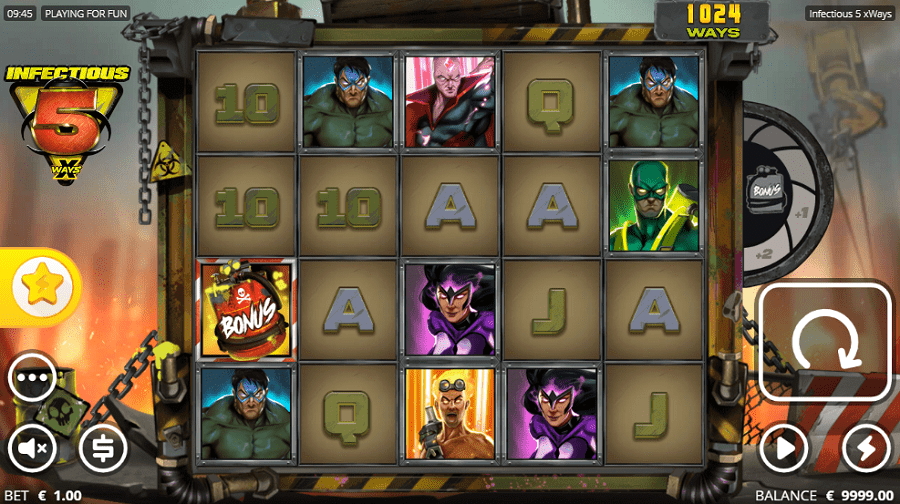 Famous 5? Eh, too Enid Blyton. Jurassic 5? Better, but still not the real deal. With Infectious 5, the world’s most poorly named team of superhumans are here to wreak slot-based havoc.

Truth be told, I’m not sure if these super chumps are good guys or the foulest of villains. What is beyond dispute is that this super-powered slot is less about doing the right thing, and more about trying to win fat stacks of cash. My kind of hero.

With xWays symbols and Wilds landing together you can trigger the xWays feature, where certain symbols on the reels can be expanded. There are two bonus modes, Toxic Hazard and Lock ‘n’ Load, which offer Free Spins along with guaranteed Wilds, or else Wilds that lock in place whilst also potentially awarding multipliers.

Land five bonus symbols in one spin, and you can even activate Mayhem Mode, where you’ll benefit from both Toxic Hazard and Lock ‘n’ Load features! And with a maximum payout of 55,555x your stake, being super-powered has never looked so rewarding. 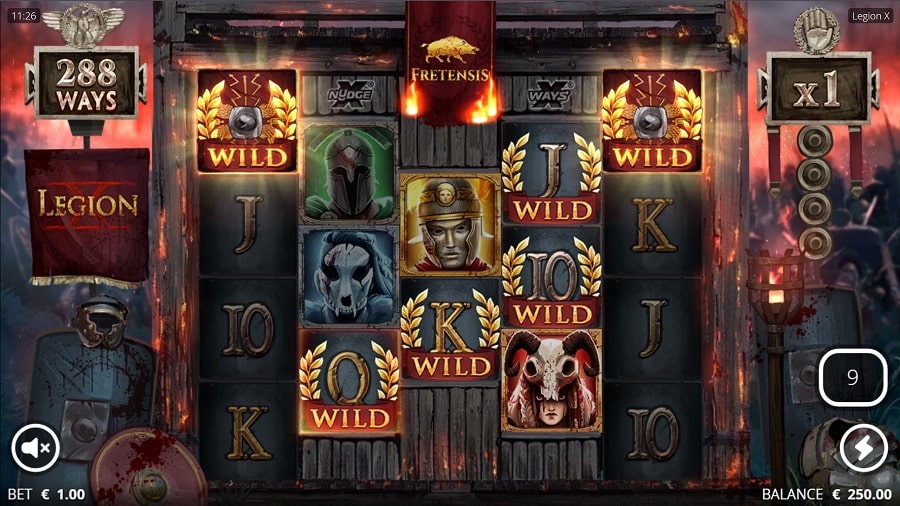 Life as a Roman Centurion looks a little on the deadly side, if Legion X is an accurate depiction. Travelling to far-flung lands in order to slice, dice and slaughter any opposing soldier, you’ll find ominous music and the portent of doom all around you if you join this Legion. On the positive side, at least there’s plenty of blood money to be had.

xNudge Wilds mean Wild symbols can nudge their way onto the screen, increasing Wild Multipliers by 1. Infectious Wilds can land on the first and final reel, and will turn random low paying symbols in the central three reels into Wilds.

xWays symbols will transform other symbols into Wild or Bonus symbols, and if you land an xWays symbol and Infectious Wild in one spin, both enhanced features will be triggered together. In fact, with various Free Spins modes that can also see the reels being awarded an extra row, there’s a slew of opportunities to enjoy some sizable payouts. Up for a Roman holiday? 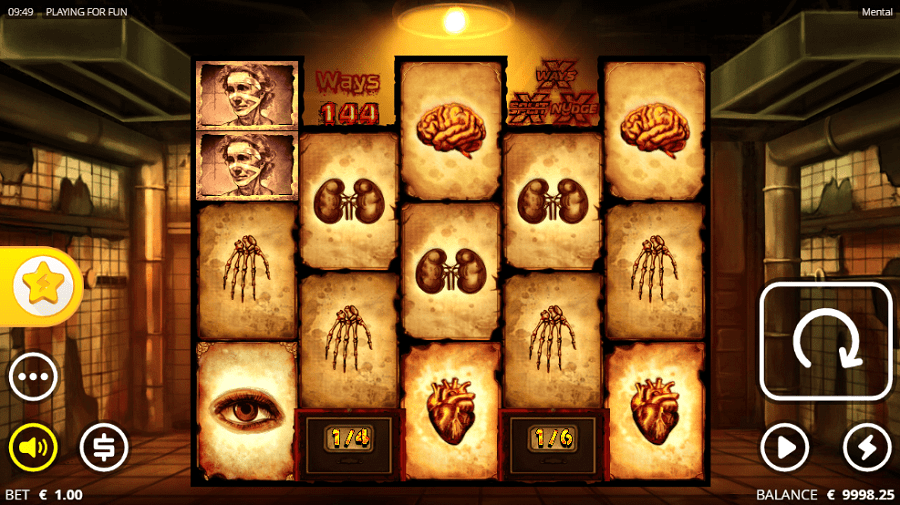 If you’re looking for something a little scuzzy with your slot action, Mental is as unsettling as it gets. Step into a very murky mental institute where the guys in charge might be even more unhinged than the patients…

With haunting visuals contributing to a queasy atmosphere, Mental is definitely an out-there experience. But beyond the creepy theme, Mental packs a range of features that’ll have you crying out for more shock treatment.

Dead Patient symbols give you the chance to land a gigantic random multiplier – ranging from x5 to an insane x9999! There are Fire Frames that can split symbols into two parts, and Enhancer Cells that boost the chance of wins with xWays, xNudge xSplit and more.

Symbols can be transformed when the Spider Symbol land on the reels – and there’s a range of Freespins. Autopsy triggers a bonus with sticky Fire Frames, while Lobotomy gives you a Dead Multiplier with potential for more top payouts.

Mental Freespins is the crème de la crème with sticky Spider symbols and a Dead Multiplier that never decreases. And if you’re still looking for a reason to play, bear in mind the maximum payout here is a tasty 66,666x your bet. Mad for it? 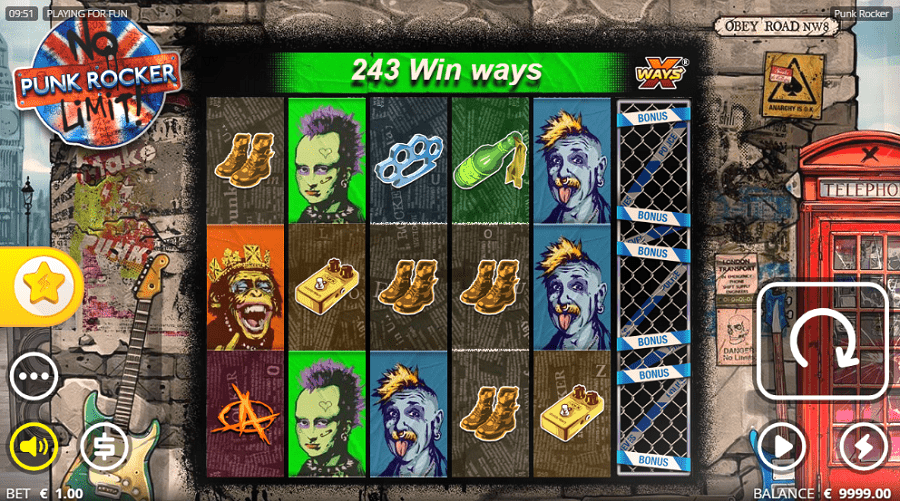 Punk’s not dead! Relive those wondrous days when middle England tussled with the impudence of punk rock. With accompanying music that captures the authentic low-fi style of the punk scene, plus visuals that combine napalm bombs and knuckle dusters with punked-up versions of classic figures from history, this slot is more punk rock than Johnny Rotten and Bill Grundy having a teatime tear-up.

With an initial 243 ways to win, it’s possible to expand Punk Rocker so there are 46,656 ways to win. Look out for the xWays Mystery symbols, which are key to expanding the reels. Punk characters can be expanded by as much as an insane 20 symbols high!

There are also Riot Respins where a sixth reel is unlocked, and a couple of different types of Freespins that offer Jumping Wilds, and there’s plenty of opportunity for big wins. Perhaps not what Joe Strummer had in mind when he talked about turning rebellion into money… 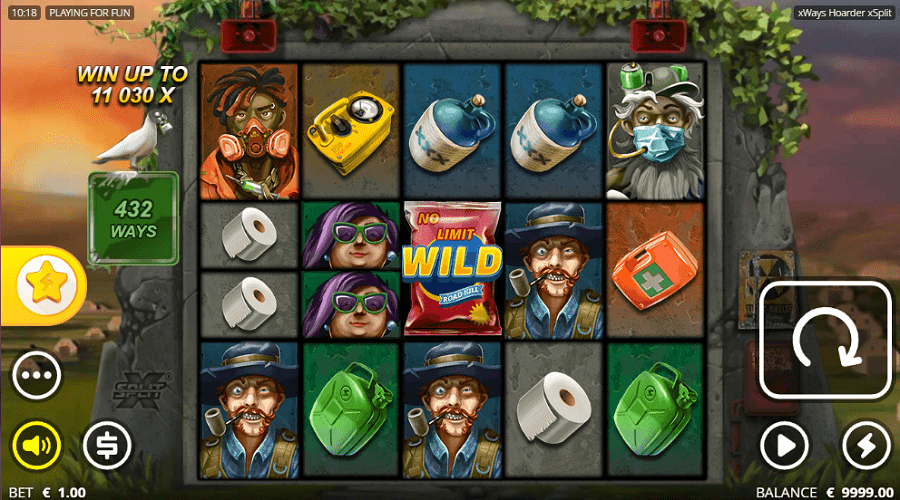 In the aftermath of a nuclear holocaust, some folk have managed to survive – and thrive, in xWays Hoarder. The earth might be a giant toxic garbage dump – but climb into your haz-mat suit and you’ll be just fine. As long as you’ve got plenty of bog roll.

Like the xSplit Wilds, which split other symbols on the same row. Or the xWays symbols, which can reveal up to four symbols, for the potential of a top payout.

And with the Scatter Symbols, you can trigger the Bunker Raid Spins. Here, all xWays symbols are sticky; collect them to move from Level 1 of the Bunker to Level 3. Advance through the levels, to remove low-paying symbols. Ready to take the Nuclear option?

No Limit City slots released soon. In the meantime, visit 32Red Casino to check out a wide range of table games and slots!

Continue Reading
You may also like...
Related Topics:featured, No Limit City part 2