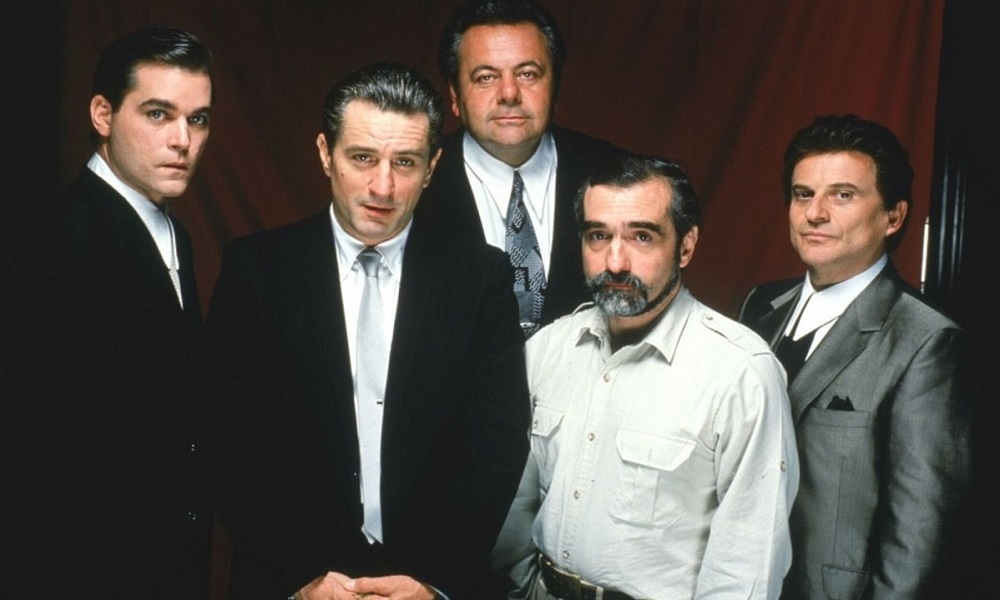 Enjoying widespread commercial success while remaining a favourite of the critics is a tough trick. But Martin Scorsese has been doing it for nigh on 50 years now.

A true great of cinema, the 76-year-old isn’t ready to stop any time soon, either. With his new gangster epic The Irishman due to arrive on Netflix shortly, here’s five earlier must-sees from the endlessly influential director.

Scorsese’s best? Plenty of people would argue Goodfellas could be the greatest film ever made. It’s one of those rare films that never gets old, never slows down. It repulses and seduces the viewer simultaneously.

Based on Nicolas Pileggi’s book Wiseguy, a true crime biography centering on the life of oddly sympathetic New York mafia member Henry Hill (Ray Liotta), Goodfellas is a thrilling, sometimes sickening journey into the life of career criminals that works as a raw companion to Francis Ford Coppola’s The Godfather.

While that earlier film presented the mafia as aristocrats of organised crime, the crowd Henry runs with offer a very different kind of low society. From Joe Pesci’s pint-sized psychopath attacking a restaurant owner to the baying laughs of his cronies, to Robert De Niro murdering associates so he doesn’t have to pay them, Goodfellas feels authentic, exact, all too real.

Cinema nerds will love it for the technical mastery, like a long take, one-take shot that travels from the street to the bustling back corridors and kitchen of a nightclub and finally into the club itself. If you don’t care about the art that goes into carrying off such complex shots, however, you won’t mind because you’ll be too busy enjoying the story, the characters, the dialogue, the acting, the everything.

Robert De Niro had appeared to electrifying effect in Scorsese’s earlier Mean Streets as a loudmouth street punk unable to stay out of trouble. The director called on his go-to actor once more for this character study of a Vietnam veteran working as the titular taxi driver in a New York at its sleaziest.

Alone with his increasingly paranoiac thoughts in the bubble of a taxicab, De Niro’s Travis Bickle begins to fixate on Betsy (Cybill Shepherd), who is working on the election campaign for a politician. When his ham-fisted attempts to date Betsy go awry, Travis starts working on “the bad ideas” in his head…

Jodie Foster appears as a child prostitute, Harvey Keitel as her pimp, but it’s De Niro’s portrayal of an unravelling mind that underlines his status as the most compelling screen presence since Jack Nicholson. All that, and we didn’t mention another of the most famous scenes in cinematic history. “You talkin’ to me?”

Strangely underappreciated when it was first released, some critics now call Raging Bull the best film of the 1980s. Shot in black and white, this period piece follows the turbulent life and times of real-life middleweight boxer Jake LaMotta.

De Niro won plaudits for his commitment to the role, gaining weight to portray the gone-to-seed LaMotta of later years. But the role is a resolutely unsympathetic one, with LaMotta’s unbearable personality making him a tough guy to be around even for the viewer, as he picks fights outside the ring with wife Cathy Moriarty and brother Joe Pesci.

Pesci, too, is involved in another outrageous piece of near-slapstick violence with sparring partner Frank Vincent, who would later play Billy Batts in Goodfellas (not to mention Phil Leotardo in the Sopranos – not to get off topic, but what a performance that was). With brilliant, blistering fight scenes in the boxing ring and harrowing scenes outside of it, this is masterfully made, tough to love – but impossible not to admire.

I haven’t seen the new Joker film yet but the trailer certainly suggests it owes a considerable debt to this lesser known Scorsese work, again featuring De Niro – though the role is a far cry from his previous outings for the director.

Bobby plays Rupert Pupkin, an ineffectual and untalented nobody who fantasises about hosting his own chat show – and decides to bring his dream to reality by kidnapping an actual chat show host. That might sound like a slightly silly premise, but this character study of the deluded is entertaining and alarming at the same time.

Featuring Jerry Lewis as the abducted TV star, and Sandra Bernhard as Pupkin’s demented accomplice, forget the latter-day imitators – when it comes to agents of chaos, Rupert really is the king. Plus, you even get a cameo from The Clash, one of the greatest bands ever. That’s another thing about Scorsese, he definitely knows his music…

We could have filled this feature with De Niro movies – but in a nod to some of Marty’s lesser known releases, try this tale of Griffin Dunne’s frustrated New York office worker trying and failing to have some fun on a night out in the Big Apple.

Instead, the hapless lead must contend with unstable artists, angry mobs, unlikely coincidences, and drunken melancholy as he slow dances to the sound of Peggy Lee’s Is That All There Is. You might have trouble tracking this film down, but if you can, it’s definitely a fun change of pace for Scorsese.

Out now: Deco Diamonds Deluxe
Out now: 9 Masks of Fire