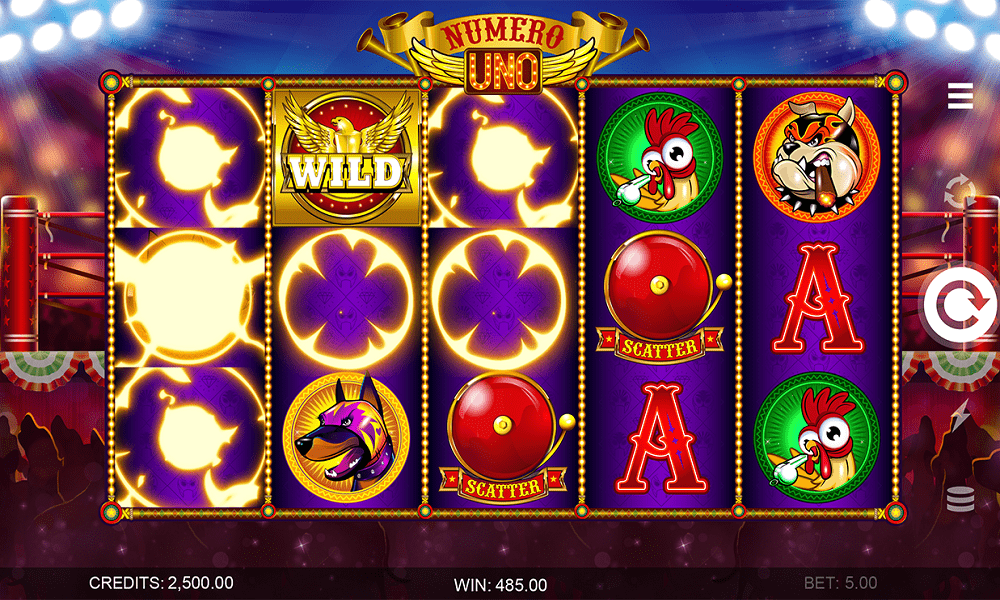 It’s a dog-eat-dog world in Numero Uno. New from Games Global, in this tail-wagging take on Lucha Libre – that is, Mexican wrestling – expect woof justice.

Dobermann and Chihuahua alike are competing to become top dog…

The masked mutts face off in a ring, where all their fighting ingenuity will be put to the test. And this canine caper is sure to leave you panting for more.

In keeping with the frankly bonkers theme, this is a riot of colour and sound that will leave fans of improbable hound-based acrobatics howling with glee. Play Numero Uno now

And with a mariachi soundtrack that amps up the insanity, this slot’s pedigree is not in doubt. Fire up the action, and you’ll find a five reel display with three rows, 243 ways to win, and plenty of freaky features.

Rolling Reels trigger after each win, with the symbols in the winning combo exploding, causing a reaction where further symbols are added to the reels from above – offering opportunity for another winning combination. 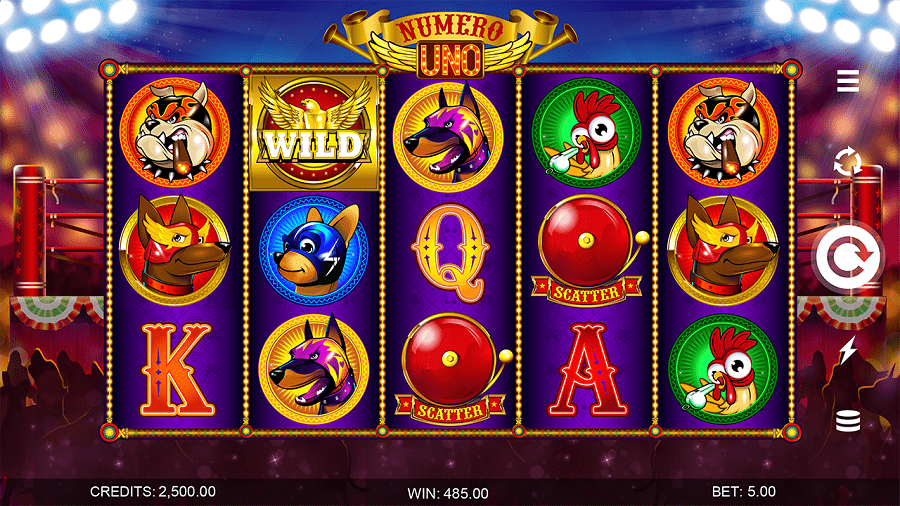 The Wild Showdown feature can trigger at any moment, and will see a couple of the doggy challengers facing off. In the process, one of the reels will turn wild, guaranteeing the player a win.

Meanwhile, look for the Scatters. Land at least three to trigger the Free Spins bonus, where up to 25 Free Spins are up for grabs.

Once the Free Spins are in play, any consecutive Rolling Reels wins will also grant greater Multiplier values on the Multiplier trail, which range from 2x, 3x, 4x, 5x, and finally 10x your win.

Numero Uno is out now. Visit 32Red Casino to check out a wide range of table games and slots!

Continue Reading
You may also like...
Related Topics:featured, Numero Uno