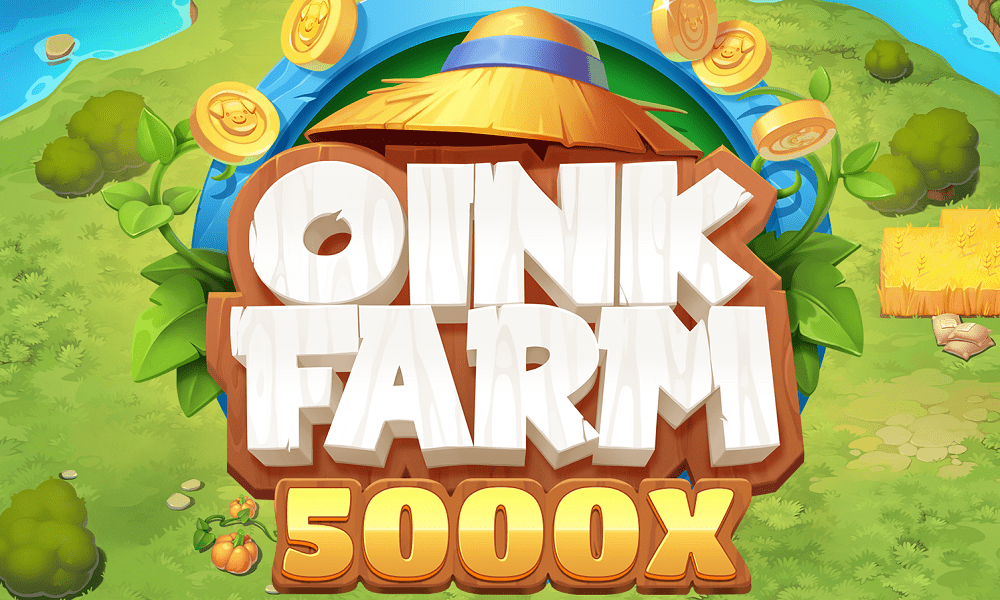 Oink Farm is the latest slot from Games Global and Foxium. And it’s fair to say those development guys haven’t made a pig’s ear of things. It’s initially exclusive to 32Red, too!

In this irresistible new release, you’ll venture to a delightful pastoral field, with appealing art depicting crops, windmills, and a range of animals, from sheep to fox to chickens. Don’t forget old Farmer Oink himself, either… Play Oink Farm now

In this five-reel, three row release, the presentation should definitely have you falling for this farm.

The idyllic greenery and amusing visuals lend this release plenty of charm – but dig beneath the surface and the features will have you happier than a pig in the brown stuff, too.

Like Oink Coin Collect, for instance. Each reel has a Coin Meter located above it; each time an Oink Coin lands, it’s added to the Coin Meter. Collect three Oink Coins in a meter, and you’ll trigger the Wild Reel feature on that reel…

With Wild Reel, all positions on a reel will be Wild. During the base game, the Wild Reels will be active for three spins. When the Free Spins are activated, Wild Reels remain in play until the feature finishes. 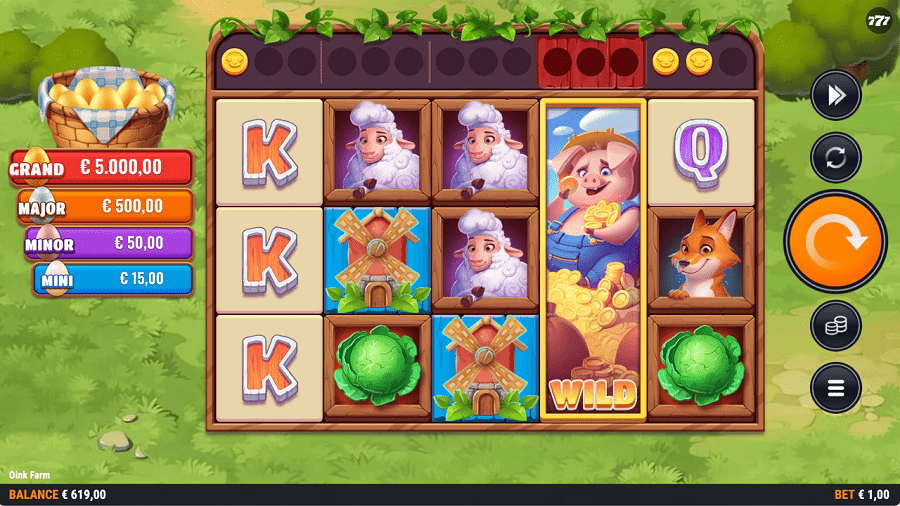 Back in the base game, Egg symbols can appear on top of chicken symbols. By collecting the Egg symbols, you can trigger Egg Rush, a pick-me style bonus.

You’ll choose from a grid full of chickens to reveal the egg that lies beneath; reveal three eggs of the same kind, and you’ll win the corresponding jackpot.

There are four types of egg – simple, that awards a mini jackpot worth 15x your stake, and bronze, which is minor with a 50x prize.

Silver delivers a major jackpot with 500x your bet – and if you reveal three Golden Eggs, you’ll scoop the Grand Jackpot of 5,000x your stake!

Ready to get back to nature then? With Oink Farm, you can go the whole hog…

Released 29th June 2022. In the meantime, visit 32Red Casino to check out a wide range of table games and slots!

Continue Reading
You may also like...
Related Topics:featured, Oink Farm