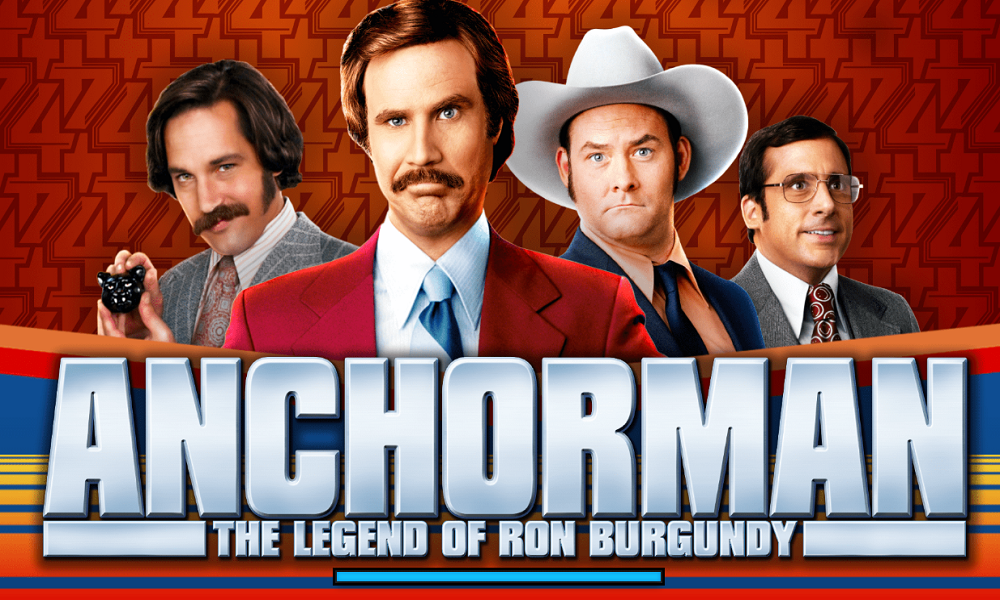 The Legend of Ron Burgundy continues in this fond tribute to San Diego’s greatest newsman. Yes, Anchorman is back in slot form – and it’s never been classier.

With visuals featuring the entire Channel 4 news team, and some jaunty tunes taken directly from the original movie soundtrack, there’s no doubt that this slot captures the atmosphere of the now classic comedy.

But features-wise, Anchorman has plenty to keep players entertained too. This five reel slot is not short on options, with players able to benefit from the likes of conceits like Ron’s Giant Free Games, Brick’s Weather Wheels, and even a Sex Panther pick feature.

The obvious gag would be that 60% of the time, it works every time, but in the interests of veracity we should point out such a claim is statistically inaccurate. Nonetheless, if you’re a fan of the hilarious US comedy, this slot definitely delivers. 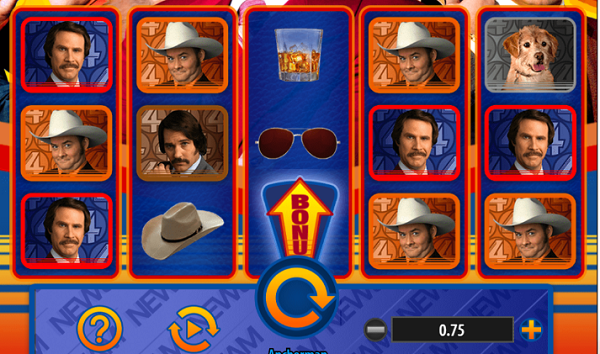 Take the Baxter Wilds feature, for instance. This can be awarded at any time, and during a Baxter Wilds spin, 3-10 wild symbols can be randomly placed on the reels.

If three scattered BONUS symbols appear on the reels, they will award one spin of the Big Bonus Reel, with Really Good Jackpots and Free Games available.

Ron Burgundy – ace anchorman, accomplished flautist, and now star of the greatest news-comedy based gambling ever, at least until some ingenious chap releases a Ted Maul-themed roulette table. We’re in raptures when it comes to Ron.

Anchorman is out now – visit 32Red Casino to play, or for more options check out our wide range of table games and slots to keep you entertained!

Out now: Arabian Nights
Out now: Eye of Horus