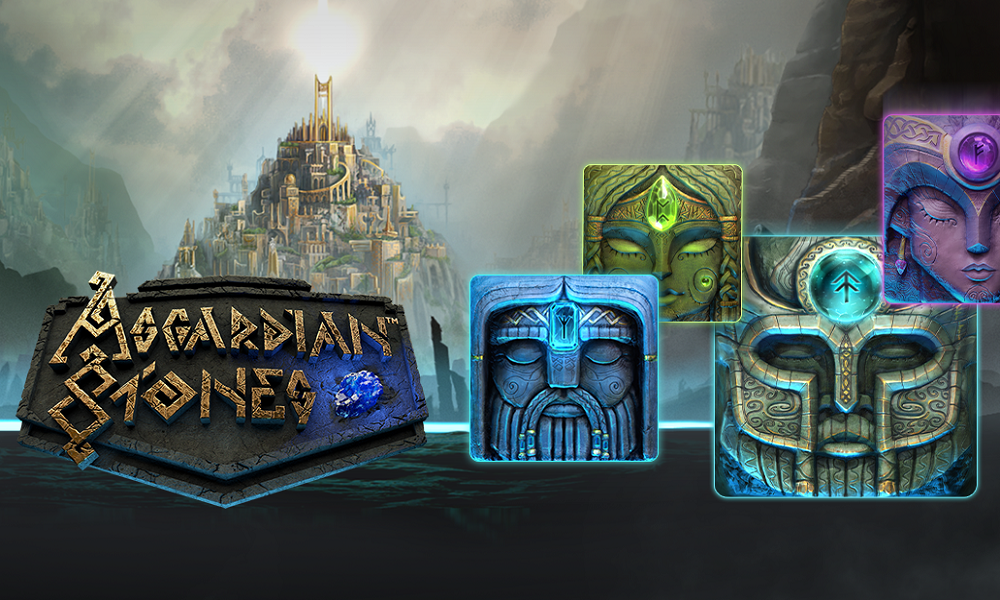 Don’t mention the Thor… Yep, in recent years the cinema-going public has thrilled to a series of popular films that featured both an Asgardian and a bunch of magical stones – but this ain’t that.

Banish from your mind any thoughts of ridiculously powerful gloves – this NetEnt release is all about ancient Norse gods, mysterious glowing obelisks, and the potential to win a bit of the old folding stuff.

This five-reel, 20-bet line slot is fully loaded with, let’s see now, Colossal Symbols big enough to take over multiple symbol spaces, Free Spins, Wilds, a Bonus Wheel and the Avalanche feature. Lots to be getting on with, then.

Let’s take them one by one. The colossal symbols give you an additional hope of winning – and with Odin, you get a super colossal symbol that covers a whole 3×3 space on the reels! These colossal can also crush symbols beneath them, to potentially give the player a handsome payout. 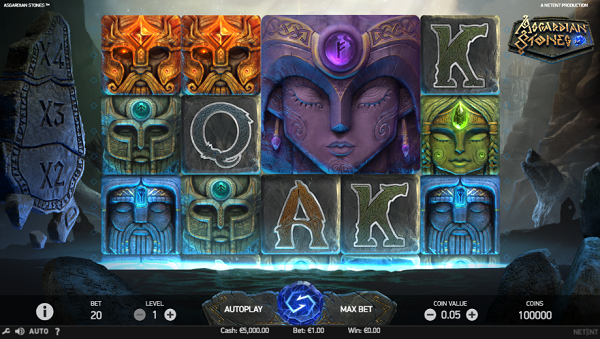 The Avalanche feature means that if there’s a win, it’ll start an Avalanche – that is, symbols in winning combos vanishing, leaving space for more symbols to drop down, potentially creating extra wins.

With Colossal Crush, each time a Colossal symbol falls down a row to crush at least one symbol, it will also award a multiplier; it’s possible to attain a maximum multiplier of x4.

With the beautiful city of Asgard in the background and blocks of symbols tumbling from the heavens with a satisfying thud, Asgardian Stones looks and sounds very swish indeed. And with plenty of natty little features and bonuses to enjoy, this is a blast to play too. It’s a Stone groove, my man…

Asgardian Stones is out now – visit 32Red Casino to play, or for more options check out our wide range of table games and slots!