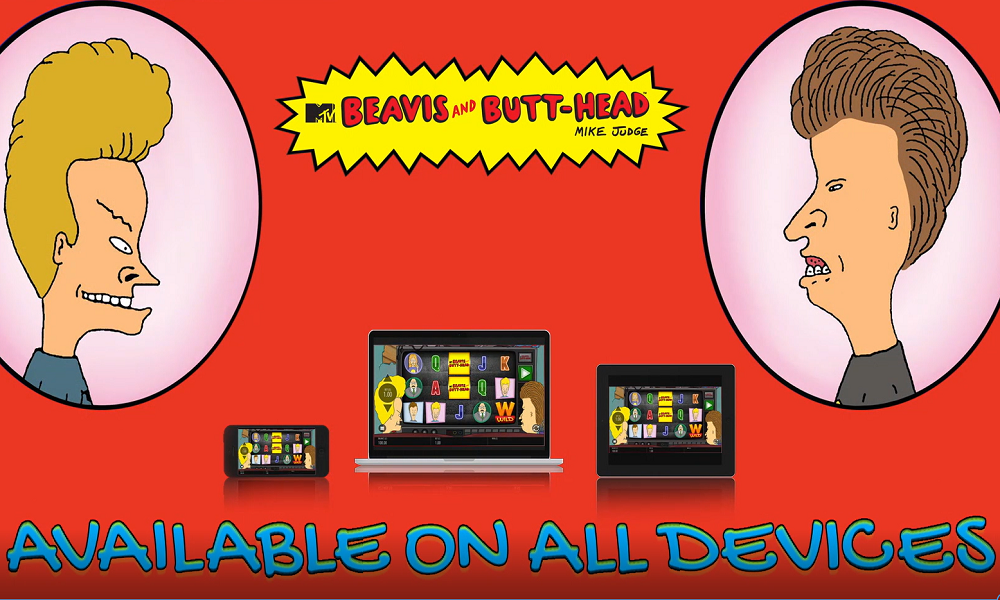 Out now: Beavis and Butthead

Orson Welles’ Citizen Kane. The Beatles’ White Album.  Michelangelo’s Sistine Chapel ceiling. All works of art in their own right – but can any of them really compare to the staggering genius of Beavis and Butthead?

The two delinquent deadbeats who defined the blank generation of the 1990s are back in slot form, in Blueprint Gaming’s expertly realised tribute to the gruesome twosome.

Whether the pair are issuing pithy summations about whether or not a thing ‘sucks’ or is ‘cool’, or simply snickering moronically at some juvenile nonsense, B&B’s heroic stupidity has been perfectly captured here.

With five reels and 20 win lines, the likenesses of the two anti-heroes decorates the reels alongside other classic images from the classic MTV show, including the hippy lecturer and nervous principal.

The slot features in-play modifiers that can be triggered if a sniggering Beavis and Butthead appear on the reels. And if three bonus symbols appear they can trigger one of six bonus rounds, with Free Spins up for grabs.

Better yet, if you rack up certain symbols while you’re playing the initial feature, you can also gain access to another feature, Just Deserts Big Money. Here, you’ll watch an animated B&B as they walk, then crawl through the desert – while racking up potentially massive prizes by landing on multipliers. To use the relevant vernacular, it’s pretty cool.

We’re really taken by the way Blueprint are making the most of the licences they secure, and Beavis and Butthead is no exception. This slot has had a lot of thought and effort poured into the making of it, and it adds up to an experience that feels really authentic.

Beavis and Butthead is out now – visit 32Red Casino to play, or for more options check out our wide range of table games and slots to keep you entertained!

Out now: Festive Indulgence
Out now: The Price Is Right