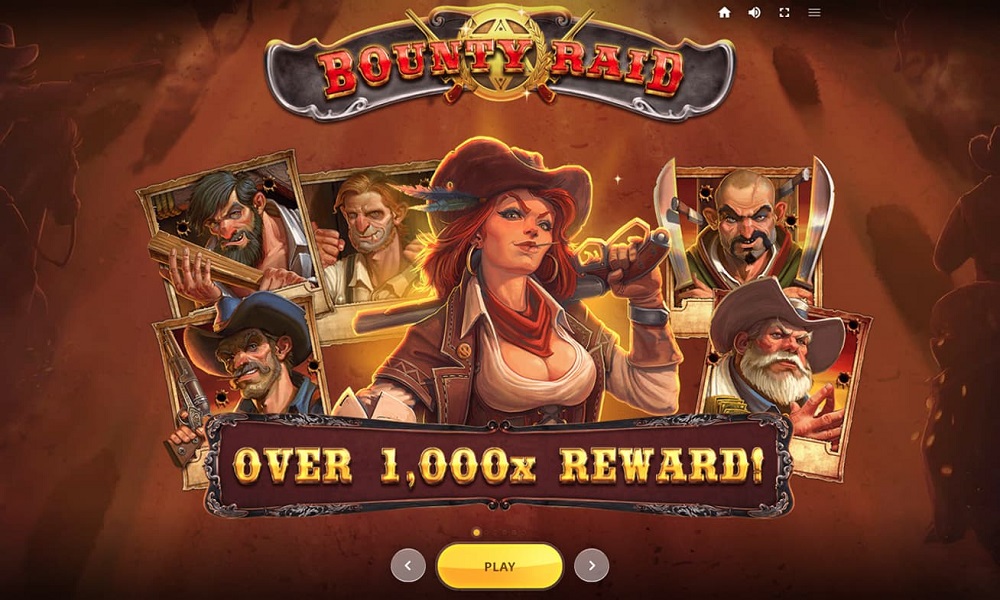 In Cormac McCarthy’s Blood Meridian, the venerable author’s gore-streaked musing on the horrors of the Old West, a gang of lawless, anarchic criminals wreak dire, purposeless carnage across the plains and prairies of an apocalyptic America. Play Bounty Raid now

Red Tiger’s Bounty Raid, on the other hand, is a light-hearted five-reel slot, riffing on approximately the same era with bandits, bonuses, and rewards of more than x1000 your stake. Two different approaches, and who’s to say which one is the best? Although if there’s ever a slot version of McCarthy’s The Road, I will be first in line to play it.

So anyway, in Bounty Raid you’re on the side of law and order, taking the role of a determined bounty hunter packing a six-shooter and hunting down bandits like the no-good slime they are.

As this fearless female of the Wild West, you’ll embark on a horseback chase across hostile territory, searching tirelessly for the five bandit lowlifes, each with a price on his head. Land the sheriff and bounty hunter symbols to get a crack at the bonus features. 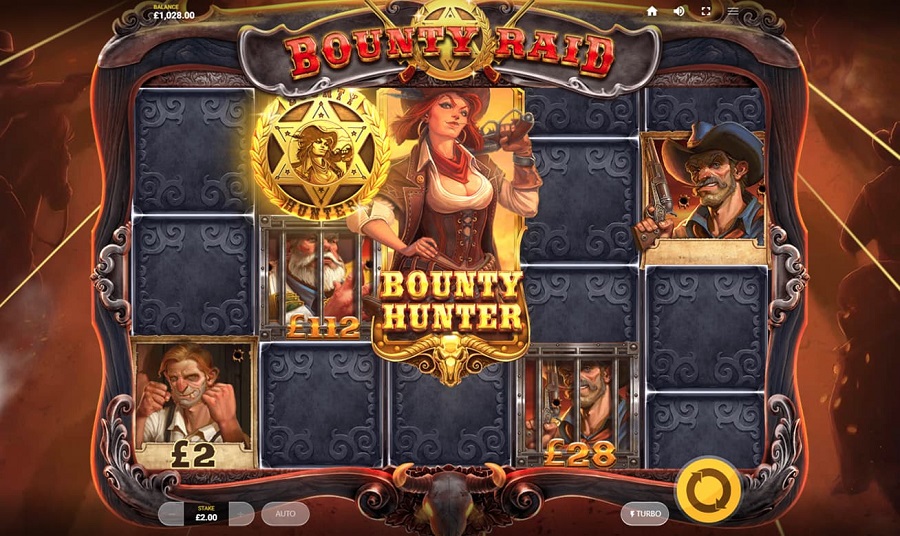 Bandit scatters payout their rewards, should a Sheriff or Bounty Hunter land on the same spin. Meanwhile, the Bounty Hunter locks every bandit symbol on the reels for a Respin feature, with only Bandits or Golden Coins on the reels – giving you a shot at a staggering payout.

Even looking past the potential for prizes, this Raid is pretty riveting. Presentation-wise, you’ll enjoy the stylised visuals, together with some fitting, lowkey snarls of guitar playing that wouldn’t sound out of place in a Jim Jarmusch film.

Bounty Raid might not be the only cowboy caper vying for your attention in an overcrowded marketplace, but nonetheless this particular High Plains Drifter is worth making time for. Annie, get your gun…

Bounty Raid is out now. Visit 32Red Casino to check out a wide range of table games and slots to keep you entertained!