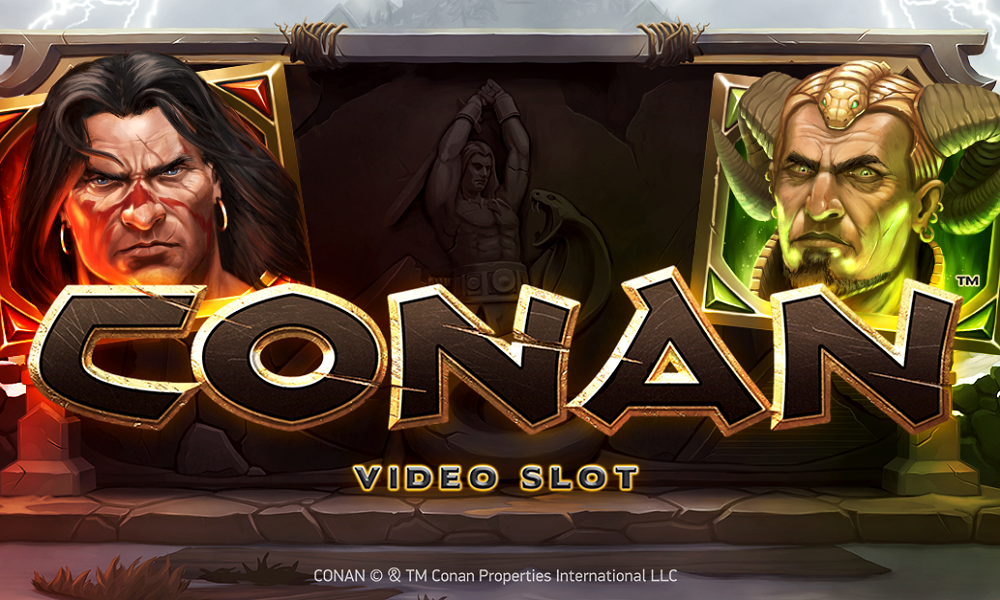 Don’t know about you, but Conan is our kind of barbarian. Whether he’s rescuing buxom maidens, seeing off monstrous cobras or going toe-to-toe with some other musclebound maurauder, you’ve got to love the guy’s unreconstructed masculinity.

In a touchy-feely world of mindfulness and being woke, Conan isn’t sitting around wittering on about his anxiety – he’s taking care of business. More power to you, big guy.

Anyway, the dudes at NetEnt have only gone and released a new slot featuring everyone’s favourite adventurer, and we’re happy to report they’ve done a bang-up job.

Seriously, rarely have we seen such brutal cut scenes in the generally happy-go-lucky world of the slot. Some unlucky miscreants head goes flying across the screen as Conan stalks into centre stage – as entrances go, it’s a pretty memorable one!

The visuals are excellent, with a similarly classy soundtrack scoring the action, too. But there’s no lack of substance either. As tends to be the way with these kinds of things, look out for the scatter symbols. Three of these bad boys anywhere on the reels, and you’ll activate Free Spins.

There are also three Free Spin features – each one granting you 10 Free Spins. With City of Thieves, Tower wilds can appear on all reels, expanding up or down to cover the reels. With Temple of the serpent Free Spins, mystery and stacked mystery symbols can appear on all reels, activating mystery multipliers and the Thoth-Amon feature, which randomly adds additional mystery symbols. 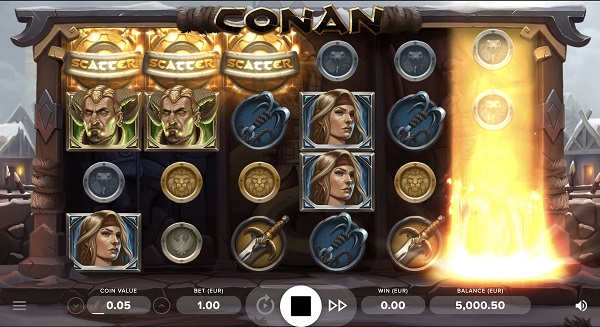 Finally in the Free Spins options, there’s the Walls of Tarantia – where Battle Wilds can appear on any reel, expanding up to three symbol positions sideways to an adjacent reel.

There are also Wilds which can substitute for other symbols, and a mystery symbol, which can appear on the third or 4th reel in the base game, and may come as a single symbol, or stacked. These Mystery symbols can transform into other symbols, for a potentially generous payout.

Should you land a fully stacked Mystery symbol on reels 3 and/or 4 in the main game, you’ll activate the Mystery Multiplier, with wins multiplied between x3 – x7.

Savage swords at the ready then – he’s impressed in movies and comic books, but this latest venture could well turn out to be the most thrilling yet. Ready to go full Conan?

Conan is out now – visit 32Red Casino to play, or for more options check out our wide range of table games and slots to keep you entertained!

Out now: Ghostbusters Plus
Out now: Rising Royals