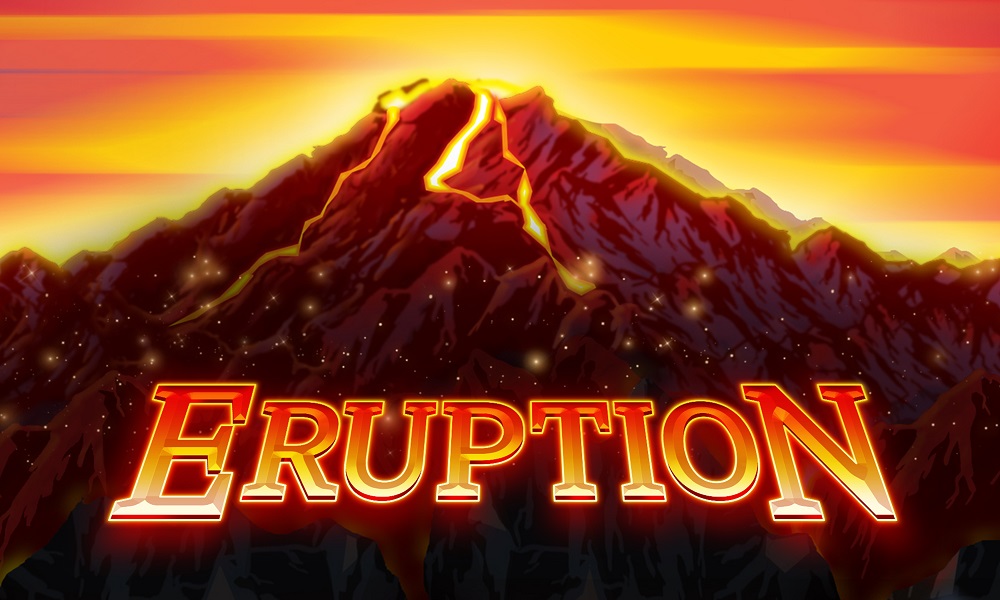 Belching out fiery torrents of molten lava from deep within the Earth’s crust, volcanos are essentially a global safety valve, literally letting off steam when things get a little fraught beneath the surface.

And now, one of nature’s most majestic phenomena has been captured in slot form. Eruption is the new release available on 32Red from Core Gaming right now, and this groundbreaking release does things a little differently. Play Eruption Now!

Sure, the game starts off conventionally enough with six by 4 reels, and 25 winlines. But reels can expand so that there are eight, ten or even 12 reels in action – and naturally, the more reels, the more scope for further potential winning combinations.

With four different modifiers that can strike on any spin, and four increasingly useful Free Spins bonus rounds too, there’s no question that this particular Eruption is raining hot liquid wonder across our astonished faces.

The more scatter symbols that appear on the screen, the greater the Free Spin bonus – three scatters will trigger a standard 10 Free Spins, with more scatters also introducing multipliers ranging from x5, x 10 or x20.

If a random modifier should kick in, the volcano will erupt in magnificent fashion, before exploding onto the reels to provide a choice of four pick-me options. Make your choice, and reels will expand.

Streaming Lava gives the player Wild Reels, with Wilds streaming down from the top position on any or all of the reels. Wild Eruption fires Wild boulders onto the reels to offer Wild positions, while Colossal Eruption gives the player a 2×2 Colossus Wild symbol on the reels.

Finally, there’s the Lava River selection; this random, snaking line of Wilds will move across the reels, ending in a random placing; once the reels spin, any symbol that crosses the Lava will become a Molten Wild.

Fired up for this one? Nature is lit, it seems…

Eruption is out now – visit 32Red Casino to check out a wide range of table games and slots to keep you entertained!

Out now: Cashzuma and the Tomb of Wonga
Out now: Ancient Warriors