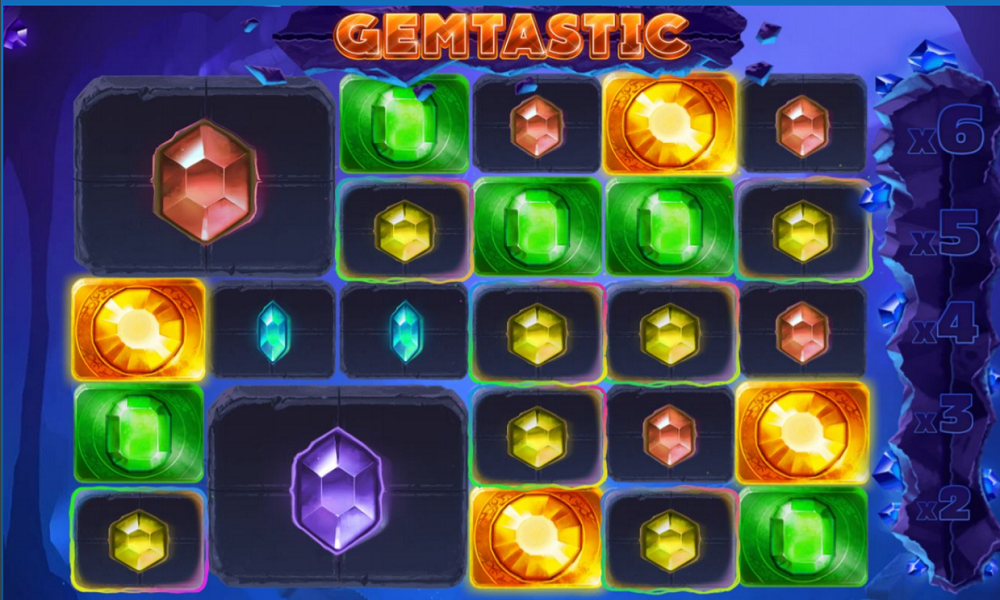 Looking for a sparkling new slot release? Jewel be glad you tried this one! Wait, come back. Play Gemtastic now

Gemtastic is another superior slot release from our pals at Red Tiger, and very handsome it is too, all elegant emeralds and shimmering sapphires.

This six reel, five row slot offers chain reaction mechanics that give players the chance to land consecutive wins – and trigger additional multipliers into the bargain.

Colourful, beguiling, and really quite entertaining, Gemtastic also offers some pretty big numbers to aim for – a Lava Multiplier that can climb as high as 15x, for instance, while players can win as much as 10,000 x their stake with the right winning combination. 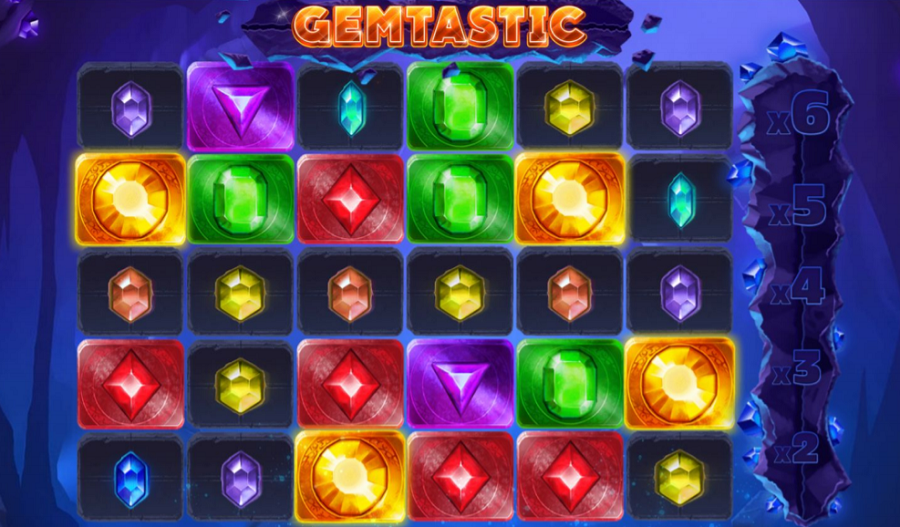 With the aforementioned Chain Reactions, tumbling reels see win lines vanish once they’ve paid out, leaving room for additional symbols to replace them – and deliver a further prize.

That’s not all – on any spin, specific gems can begin to sparkle – a sign that the Magic Glow is on the loose. If these gems appear on a winline, they’ll turn into wilds while the rest of the reels respin, giving you another chance to land a winning combo.

The Lava Multiplier meter on the right-hand side of the screen climbs with each consecutive win you make. There are also Mega Gems that take up 2×2 or even 3×3 positions on the reels, for another opportunity to put a big winning line together.

If you’re seeking a slot with plenty of pizzazz, Gemtastic assuredly hits the spot. Like Dylan almost said, everybody must get (Gem) stoned.

Gemtastic is out now. Visit 32Red Casino to check out a wide range of table games and slots to keep you entertained!