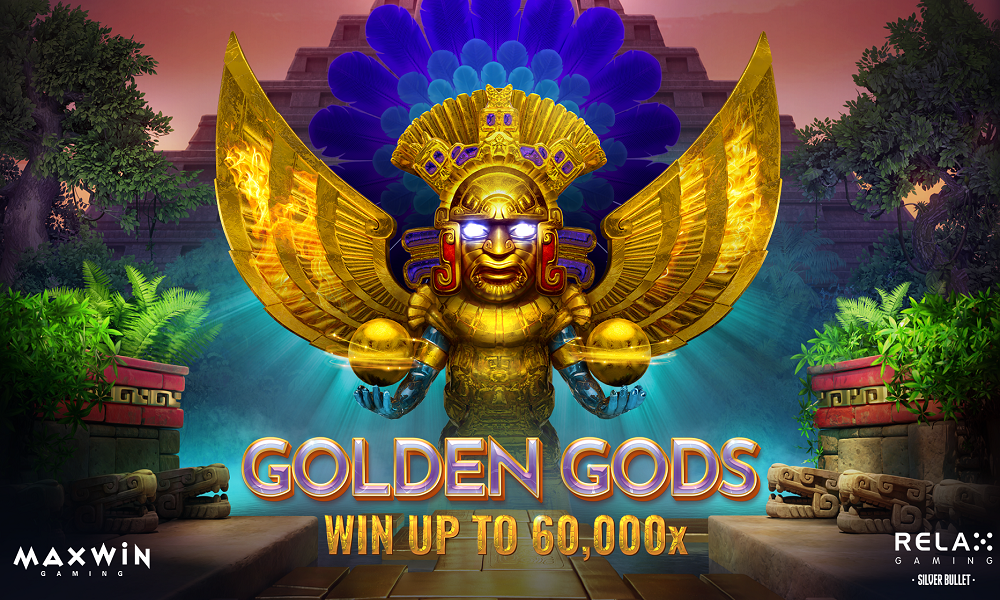 Thanks be to the Gods – Golden Gods that is, new from Relax Gaming. This slot-based sojourn to an Incan temple sees you mixing it up with four mysterious deities, each of whom offers intriguing routes to a payout. Play Golden Gods now

In this five reel, five row, high volatility release that offers a maximum win of 60,000x your stake, you’ll find the majestic ancient temple forming a backdrop to the action, while the reels spin. All to the atmospheric sound of chirping birds, along with some faintly ominous music.

Beyond the pleasing presentation, there are other reasons to investigate, of course. Look out for the Respin feature. This is triggered if a winning combination of major symbols and scatters lands on the reels, at which point the slot transforms into collector mode.

Here, all the other symbols will be removed from the reels, with only active majors and scatters remaining. The respins will continue until there’s a spin that fails to add to your winning total.

There’s a Free Spins feature to be discovered too, which kicks in when three or more scatters land, triggering the Bonus Round. You’ll start with six Free Spins, and you can add extra Free Spins when Gold Cash prizes or Feature symbols land. 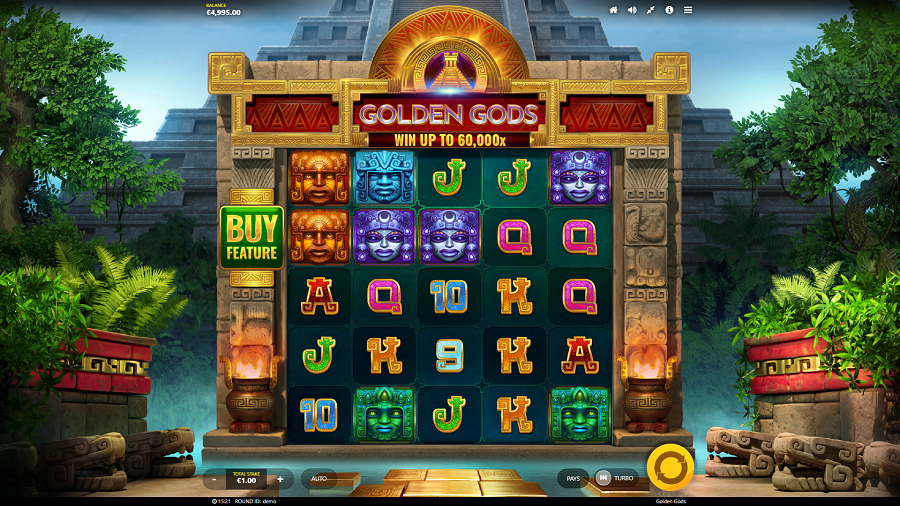 With the Free Spins active, again you’ll find collector style action, with cash prizes, gold cash prizes, and the four “God” feature symbols, each of which offers something different.

Like Itzamina, which mirrors the value of a random symbol, adding it to all the other symbols. Or Ix Chel, which can interact with cash prize symbols, merging cash prizes into one position, adding their values and then multiplying the amount.

Ix Chel can also work with Feature Symbols, with the symbol becoming golden until the end of the bonus round, triggering its feature on every spin.

Kinich Ahau collects the values of symbols, while Chaac can choose up to three cash prizes and double their values. Cash prize symbols can also be transformed into random feature symbols. Chaac can also reactivate a non-active feature symbol, triggering its action.

Playing God has never been such fun, then. Up for an Aztec adventure? This temple of boom is crying out to be discovered. Ready to go Golden?

Golden Gods is out now. Visit 32Red Casino to check out a wide range of table games and slots!