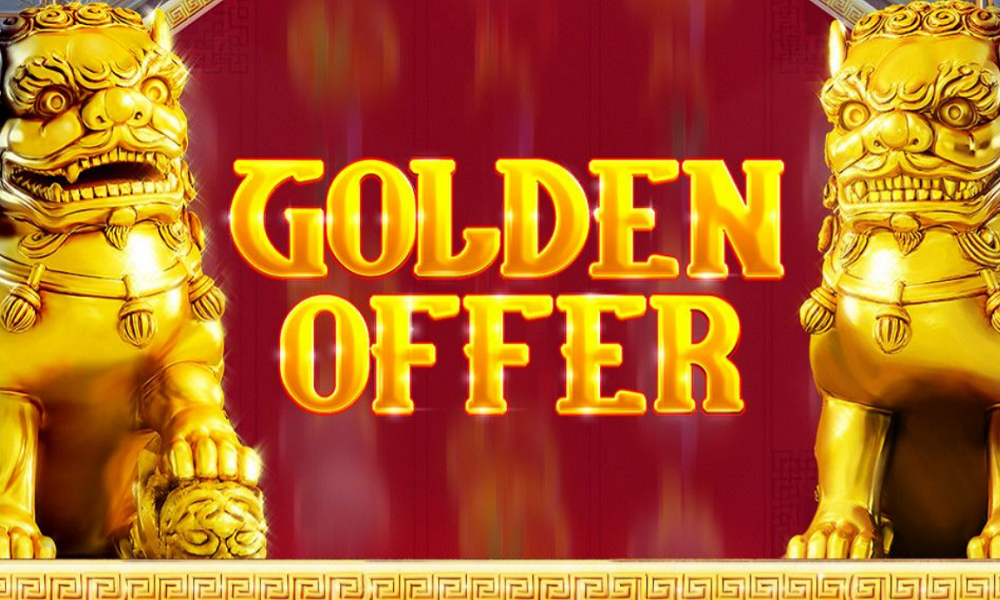 Scintillating slot action with a side order of Asian atmosphere? Sounds like a Golden opportunity… Play Golden Offer now

Yes, from developer Red Tiger comes the formidable Golden Offer, live now on 32Red. And this tribute to ancient Chinese tradition fuses eastern art-styles with a decidedly western approach to pay outs – which is to say, there’s potential for some mighty big ones here.

Set in a Chinese temple where the reels are guarded by statues of fearsome lions, this slot uses an unusual five reel grid featuring between three and five rows. The stone lions can come to life as the game progresses, turning gold and influencing the action to help you land a payout.

If three Golden Offer symbols land on the reels, the lions will come to life with a mighty roar. Then they’ll offer the player the chance of a prize – you’ll need to decide whether to take their first or indeed second offer, or wait for a third offer that may not come at all – but could deliver a payout of anything up to 888x your stake. 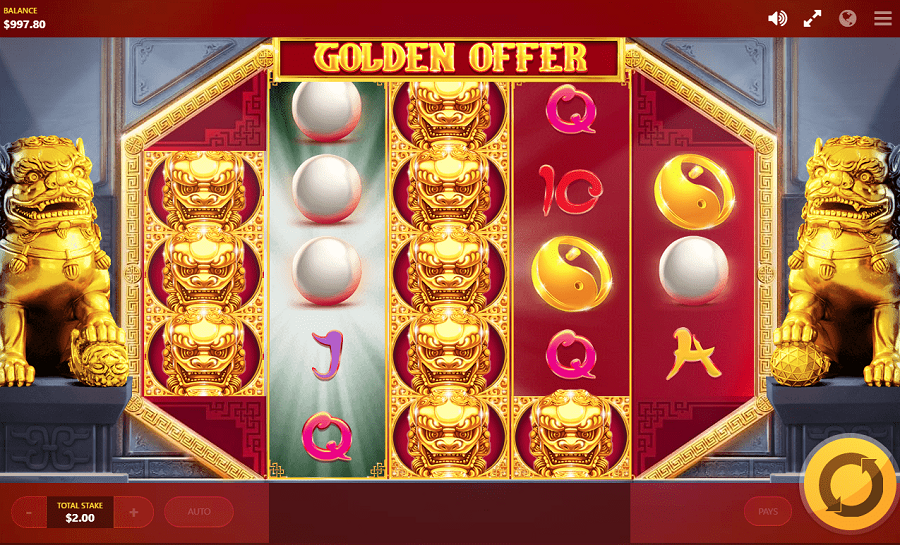 The lions can also deliver a Special Reels feature, where the lowest paying symbols are removed from the reels altogether, giving players more opportunity to put together a high paying combination.

With Wild Reels, those crazy cats throw a golden ball skywards – when it lands, the entire reel it settles on will transform into a Wild. The Lions can throw the ball on more than one occasion during the same feature, too, making for the possibility of multiple Wild Reels.

There’s even a Lion’s Nudge; after a spin where no winning combo has been completed, the Lion may awaken to nudge the reels in order to line up some symbols and provide a payout.

In the nicest possible way then, this might just be an Offer you can’t refuse. Ready to enter the Golden circle?

Golden Offer is out now. Visit 32Red Casino to check out a wide range of table games and slots to keep you entertained!