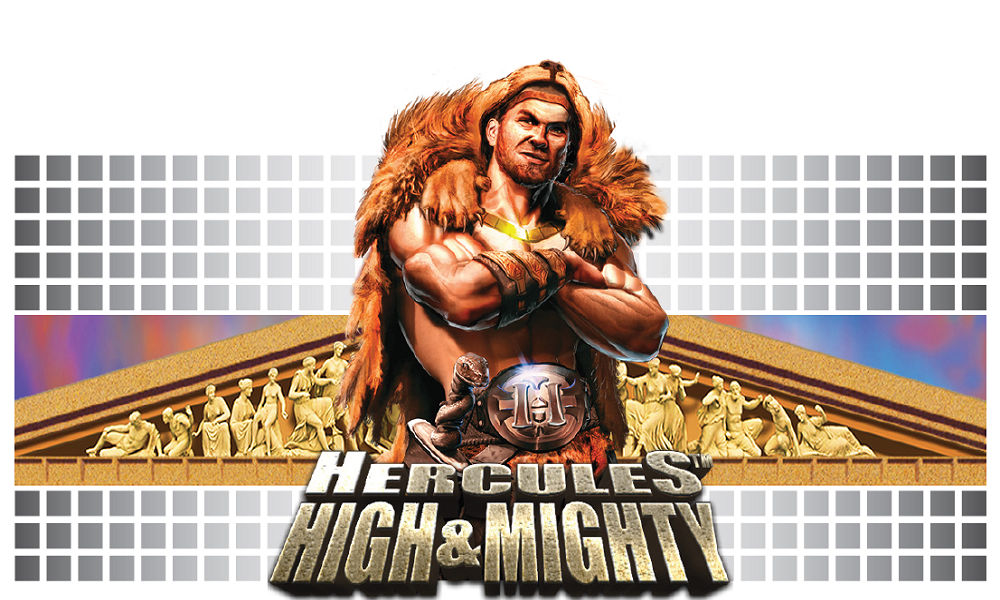 Hercules is the ultimate bad-ass. When he was but a babe in his crib, his own mother sent a poisonous snake to kill him in his cradle – only for the infant to calmly strangle the serpent.

Since those salad days, Herc’s had a fine old time of it, embarking on various labours like tracking down many headed beasts, capturing fire-breathing bulls, and in one particularly selfless display, mucking out a stable that hadn’t been cleaned in 30 years.

Somehow Hercules didn’t use this experience as the springboard to a successful career in the cleaning industry, instead choosing to spend his time rescuing fair maidens and helping hapless peasants, probably. I dunno, what am I, his official biographer?

Anyway, he makes for a fine old school hero type character to front a slot, and that’s exactly what he’s doing in Hercules High and Mighty. There’s a potential 100 pay lines, although not all lines will be active at every stake level. 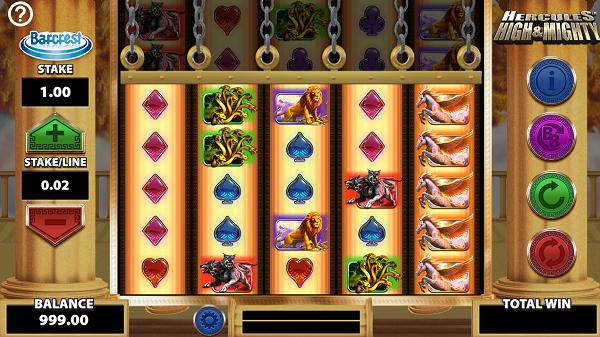 At the highest stake level, there are 50 lines in a normal game. But by activating the Mighty Reels feature, you’ll have access to 100 pay lines. Mighty Reels is triggered if Hercules appears in full view on the reels, with the chains rising, and the game now utilising double the number of lines.

That feature aside, there are also Free Spins to be discovered. Three or more scattered bonus symbols will trigger Free Spins, with the bonus symbols appearing on all reels. Players can earn between 8 and 20 Free Spins, and can be retriggered while the bonus is in play.

And the Big Bet is sure to be popular, too – these consist of five linked spins of the reels. All wins are accumulative, with each spin using up to 100 win lines.

It’s pretty clear that if you’re craving some High and Mighty slot action, Kool Herc is a hell of an operator, then. Ready to embark on this adventure?

Hercules High and Mighty is out now – visit 32Red Casino to play, or for more options check out our wide range of table games and slots!