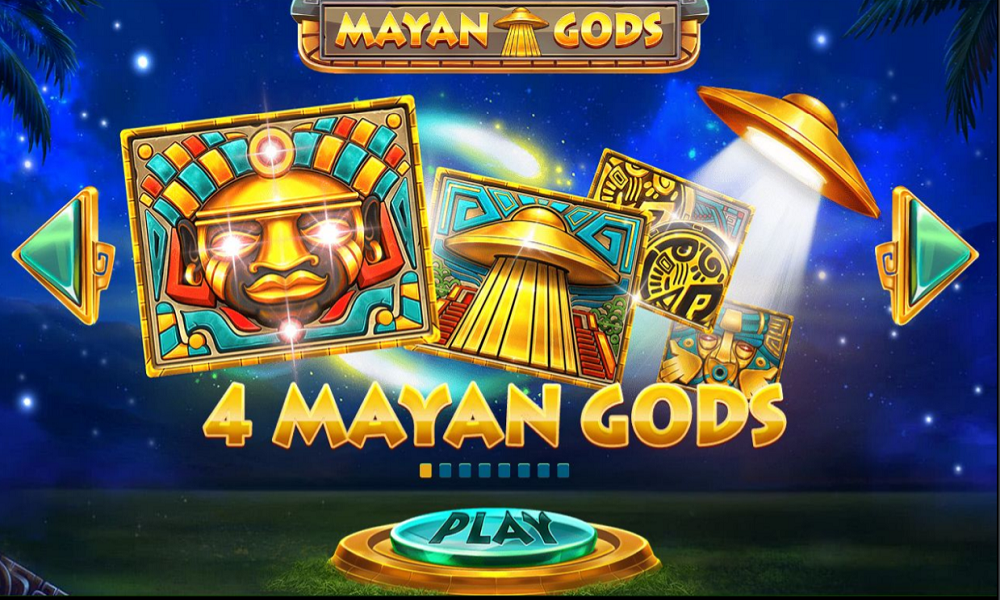 In Mayan Gods, an entertaining release from Red Tiger, the developers have side-stepped that particular quirk of those wacky Mayans – but there’s still plenty of weirdness to be discovered here.

Not content with depictions of intricate temples and mystical deities, this slick slot also posits the existence of aliens, throwing flying saucers into the mix too. If we didn’t know better, we’d think the whole concept of Mayan mythology was invented by indie-UFO enthusiast Frank Black.

This five-reel, three row slot is set around the ruins of an ancient Mayan city, complete with strange artefacts on the reels and foreboding statues in the background. Don’t worry though, this trip back to the past is actually a lot of fun – and with a wealth of features to be unearthed, there are some wild ways to win, too.

After any winning combination is made, the Mayan Chain Reaction will occur; meaning the symbols from winning combos are replaced by new tiles. Each win and respin also increases the multiplier. 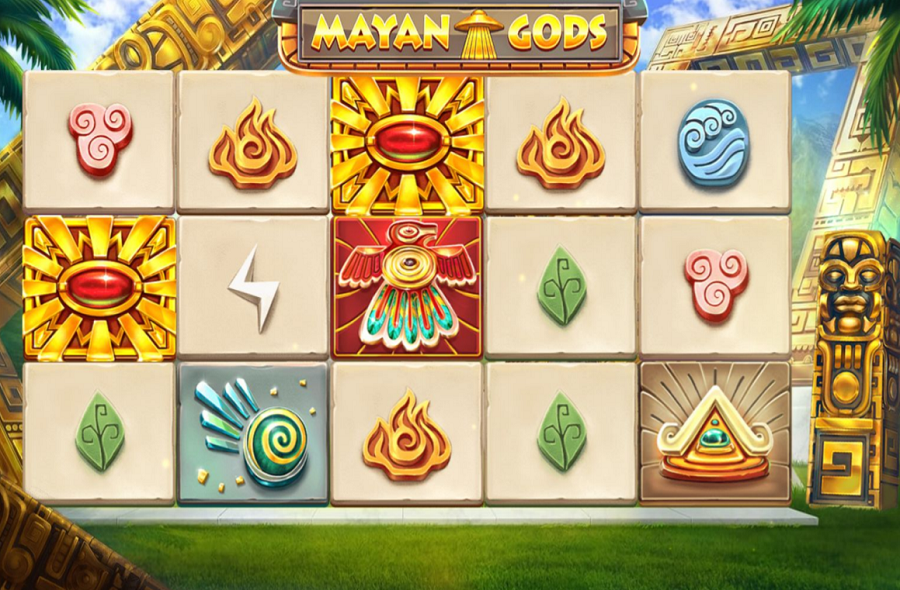 The Mayan King symbol lives up to his name – this 2×2 wild symbol takes up more space on the reels, and can help you land winning combinations. It can sometimes also add additional wilds to the reels, too.

With Mayan Eclipse, the eclipse symbol (also 2×2) will transform itself, and other random symbols on the display, into symbols of the same kind, potentially offering the opportunity for another payout.

If the Mayan UFO feature comes into play, the spaceship will hover ominously over the reels, a tractor beam from its steel belly removing low-paying symbols from the screen and replacing them with high-paying symbols. No probings, either, which is a relief.

And finally, if the Mayan Shaman is triggered, he’ll award a Multiplier increase – then destroy all the symbols on the screen, granting you a respin.

Up for some Mayan mayhem then? Time to get closer to the Gods…

Mayan Gods is out now. Visit 32Red Casino to check out a wide range of table games and slots to keep you entertained!