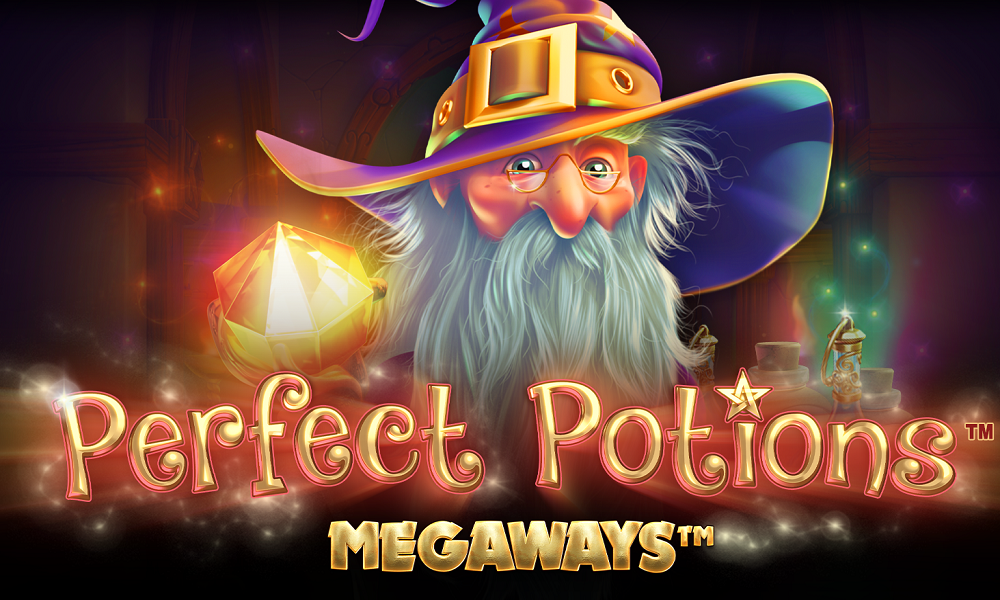 This sensational six-reel slot from SG Digital lets players step into Merlin’s mystical laboratory, where potions play an important role in player’s landing payouts. And with the Megaways and cascade mechanics, there are plenty of ways to win.

Bonus symbols can appear on any reel, and when they land, they will add to the Bonus Meter at the side of the reels. If four or more Bonus Symbols are collected, you’ll trigger the Free Spins bonus, where there’s even more potential for conjuring up those wins.

Back in the base game, any win you land will trigger a cascade, so that old symbols can be replaced by new ones – giving you another opportunity to land a winning combination.

But the Potions of the title can also cascade from the top of the display. And if they reach the cauldrons below the reels, the reel can expand, or expanding wilds may be added to the reels. 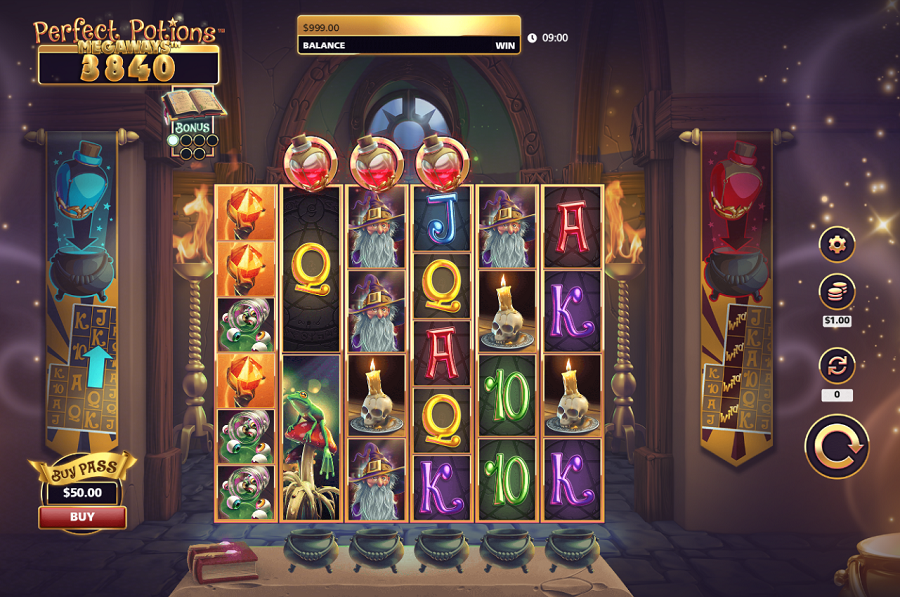 Between one and five potions can appear above the reels on each spin. Potions can be either blue or red; if a Blue Potion is triggered, the corresponding reel will expand to become double its initial height, with new symbols filling the reels.

The potions also appear during the Free Spins feature. There’s a difference, however; all expanded reels will be locked at the new height for the remainder of the Free Spins, offering more opportunity to produce winning combinations.

If a Red Potion is triggered, every symbol on the reel will become wild. If the red potion triggers during the Free Spins feature, the reel may also display a Megaways multiplier, bolstering the potential win value of the symbols on the reels,

With charming artwork and presentation, plus a musical score that really adds to the atmosphere, the excellence of this magical new release is no illusion. This slot exudes big trick energy – ready to mix it up with Merlin?

Perfect Potions Megaways is out now. Visit 32Red Casino to check out a wide range of table games and slots to keep you entertained!