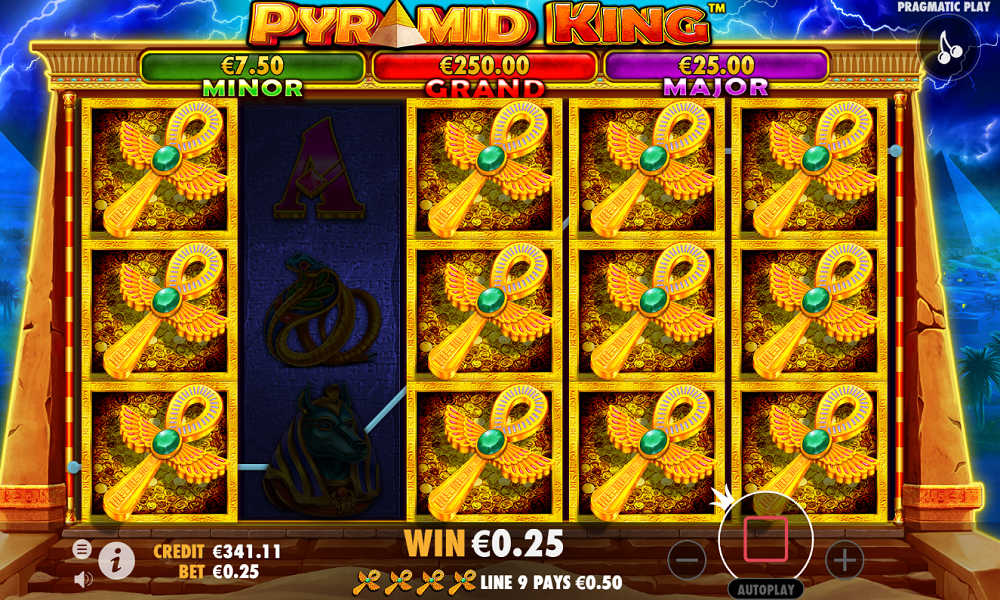 Looking for a Pyramid scheme with a difference? With Pyramid King from Pragmatic Play, revisit ancient Egypt and seek out the treasures of old King Tut himself. Play Pyramid King now

In this five-reel, three row slot, the ever-popular pharaohs, mummies and suchlike have seldom looked more spectacular. But amidst the glittering visuals and atmospheric presentation, there are also plenty of ways to win, too.

Seek out the camel symbol to fire up the Money Respin Round, where there are jackpots of up to 1000x your jackpot. Normal symbols will disappear from the display, with special reels now containing only camel symbols or empty spaces.

You’ll have three respins to begin with, and every camel symbol that lands on the reels after a respin will remain on screen until the feature is complete. 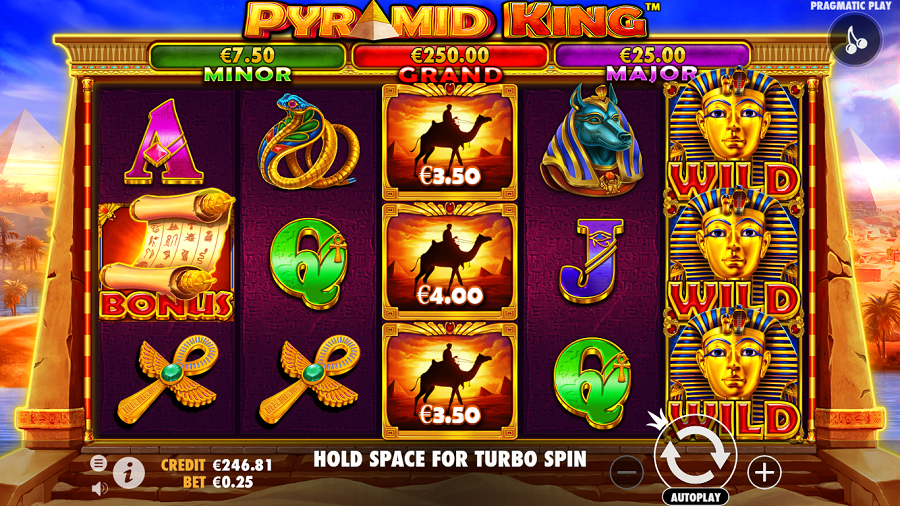 Each time a camel symbol lands on the reels, the respin counter is reset to three, and the feature will continue either until every respin has been used, or each position on the reels are filled with the camel symbols.

With three jackpots to be won, ranging from Minor to Major to Grand, there’s the possibility of some really momentous payouts if you can fill the reels with the Camel symbol – fill al 15 positions, and you’ll collect the Grand Jackpot.

You’ll be granted 10 Free Spins, and before the feature begins one special expanding symbol will be selected at random. If this symbol lands on the reels it can expand vertically to cover every position on the reel.

Ready to kickback with this King, then? Bring on the Pyramid power…

Pyramid King is out now. Visit 32Red Casino to check out a wide range of table games and slots to keep you entertained!