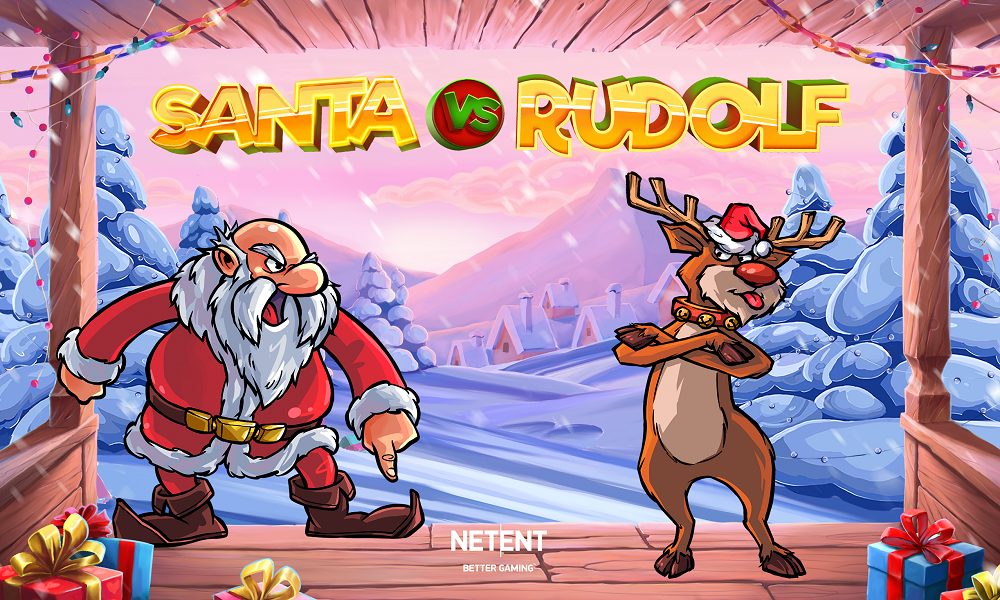 Out now: Santa vs Rudolf

What’s this? Two icons of Xmas at loggerheads? An infuriated Santa rolling up the sleeves of his jolly red coat as he prepares to go toe-to-toe with his most famous reindeer, Rudolf?

It might sound like the stuff of some nightmarish Chrimbo calamity – but relax, this is still a fairly jolly affair, as Father Christmas and his red-nosed chum ham it up for laughs in this new NetEnt slot.

Yep, in an earth-shaking disagreement whose repercussions could tear the globe asunder, Rudolf has hidden Santa’s famous hat – and just moments before jolly old Saint Nick was about to embark on his journey around the globe, dishing out presents.

Fortunately, there’s a solution to this problem that doesn’t involve an unhinged Santa, pushed too far by a world that doesn’t care, wreaking horrible revenge on his one-time friend and associate Rudolf. 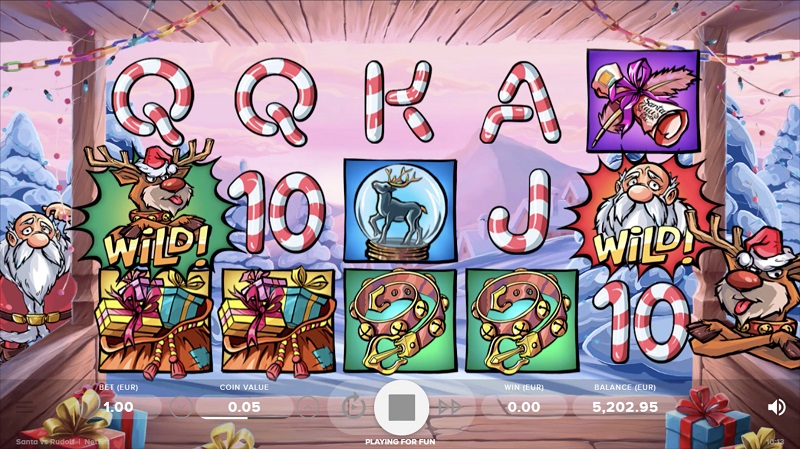 Instead, you can pitch in by playing this slot – and attempting to locate Santa’s hat, thus avoiding some kind of reindeer apocalypse. The really good news? While you’re saving Christmas, you’re also giving yourself a shot at a decent payout…

First up is the Santa’s Gifts feature, where players can pick Santa’s Gifts from three sets with a Pick & Click style bonus game that offers cash prizes and multipliers too.

It’s always sad when friends fall out at Christmas – but don’t worry, in this adventure, at least there’s opportunity for a happy ending to festivities.

Up for a Christmas game with a slightly different approach? Santa vs Rudolf delivers. Which is more than we can say about Santa himself, if he doesn’t get his hat back from that pesky reindeer…

Santa vs Rudolf is out now – visit 32Red Casino to play, or for more options check out our wide range of table games and slots!