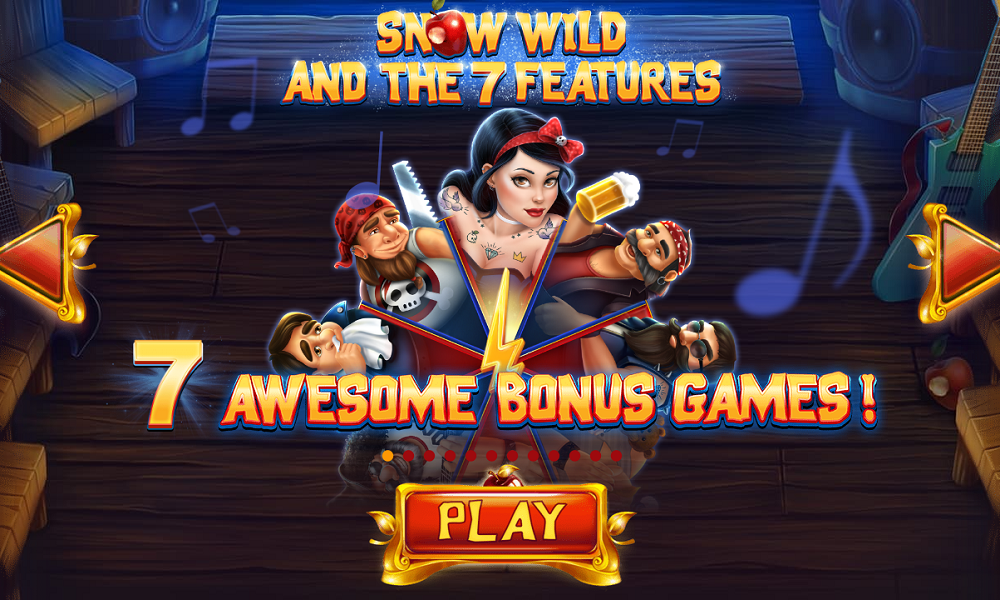 Out now: Snow Wild and the 7 Features

Forget the goodie-goodie heroine whose name bears a passing resemblance to Snow Wild – if they ever made a movie of this tattooed lady’s adventures, we’re not sure it would turn out to be family-friendly viewing.

This five-reel release from Red Tiger reimagines Snow as a fun-loving gal who lives in a modest wooden shack alongside her seven diminutive chums, who all appear to be booze-loving, heavy rock fans.

We’re positive the developers came up with a satisfying and fully fleshed-out back story for this unusual spin on the fairy tale favourite, but let’s not get bogged down in that – with seven features to explore, who needs to know why the star of the show has decided to shack up with seven fellas? No judging.

So anyway, there are seven dwarves, and a feature for each one. For your chance to try one out, spin the reels, and hope that the Lucky Wheel symbols appear; three on the reels in the same spin will activate the Lucky Wheel.

You spin the wheel, and it will land on one of the seven special features. Boozy brings Wilds – turn on the Beers taps, and foaming wild symbols will emerge to fill the reels, and help you make winning combos. 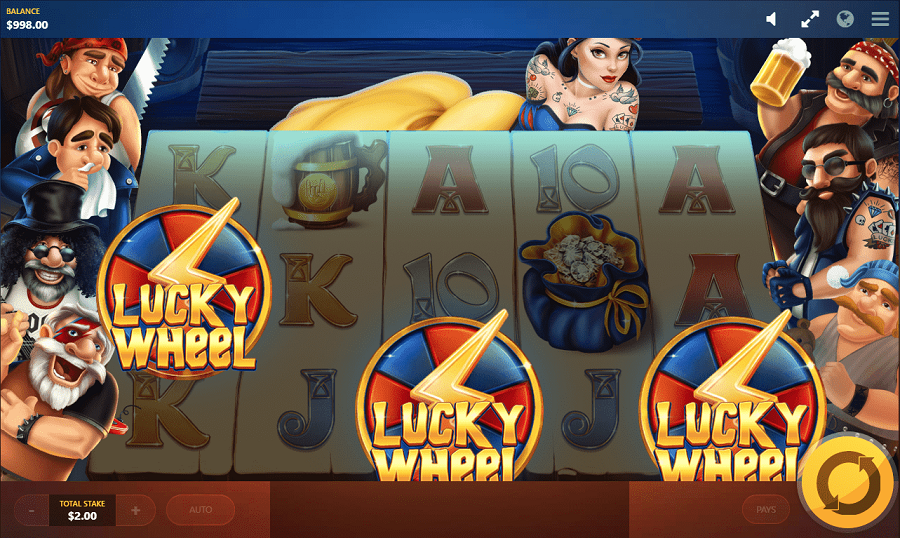 Goldy delivers Instant wins, shaking a bucket of gold coins above the reels to shower you with his riches. Dozy dreams of wins – and as he snores, he’ll blow symbols across the reels for the chance to make another winning combination.

Sneaky, who is presumably a carpenter, whips out a saw to cut panels from the reels, so as to replace the current symbols with new ones for bigger wins.

Tickly sneezes with such ferocity that he makes the reels respin, while Flash breaks out his guitar for a rock solo that blasts away the current symbols on the reels, again replacing them with new ones for the chance of a bigger win.

Finally there’s Crazy, who appears to be melding David Bowie with Hulk Hogan – quite a look if you can pull it off. Crazy removes the symbols he doesn’t like, replacing them with new ones for guaranteed wins.

Loads of features, an outlandish concept, and the possibility to win, win, win – we’re loving this magnificent 7. Let it Snow!

Snow Wild and the 7 Features is out now. Visit 32Red Casino to check out a wide range of table games and slots to keep you entertained!

Out now: Assassin Moon
Out now: Cleopatra Queen of the Desert