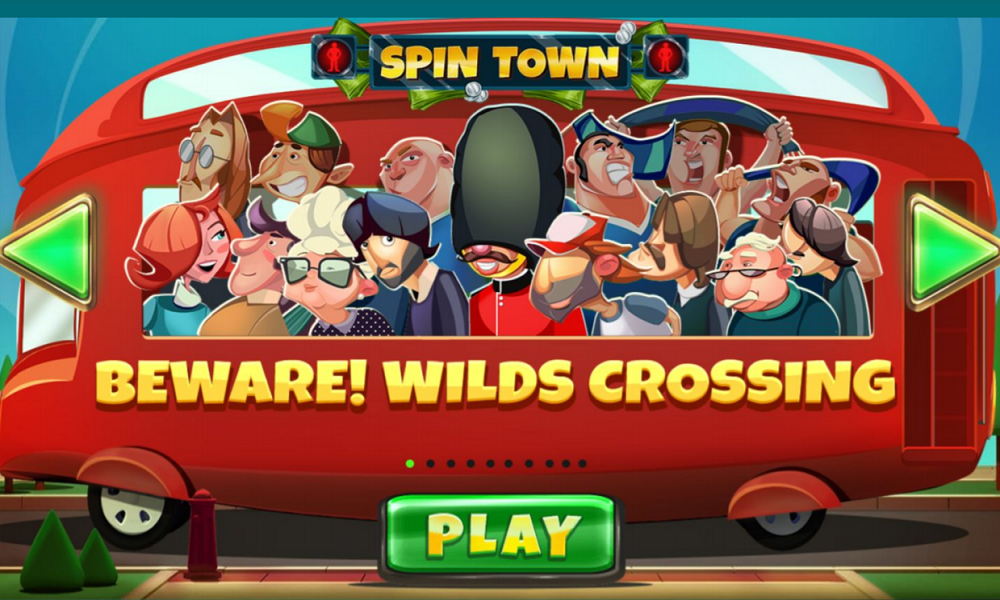 Say what you like about developer Red Tiger, they do come up with some unusual concepts for slots. Enter Spin Town, which appears to offer a somewhat eccentric view of dear old London town – as glimpsed from a traffic jam. Play Spin Town now

With a big red bus packed full of characters you may or may not recognise as emblematic of England’s capital city, this five-by-four reel release is seemingly inspired by being stuck in traffic, marvelling at all the folk you meet along the way.

With the Traffic Lights controlling your destiny, Billy Ocean’s greatest fears have never felt so apposite. With football hooligans, the queen’s guards and a band of mop-tops clearly reminiscent of the lads from a certain Abbey Road photo shoot all making appearances, we’re just gonna say it – Spin Town is batshit loco crazy, bro.

Style-wise, anyway. As a slot, Spin Town has got plenty of sensible features that we like a lot. Like Wilds, for instance – six types, no less. These Wilds can gather at the edges of the reels, waiting for the light to turn green. When that happens, the Wilds can cross the reels with each spin; if multiple wilds get the green man, they could offer you the chance to win up to 400x your stake. 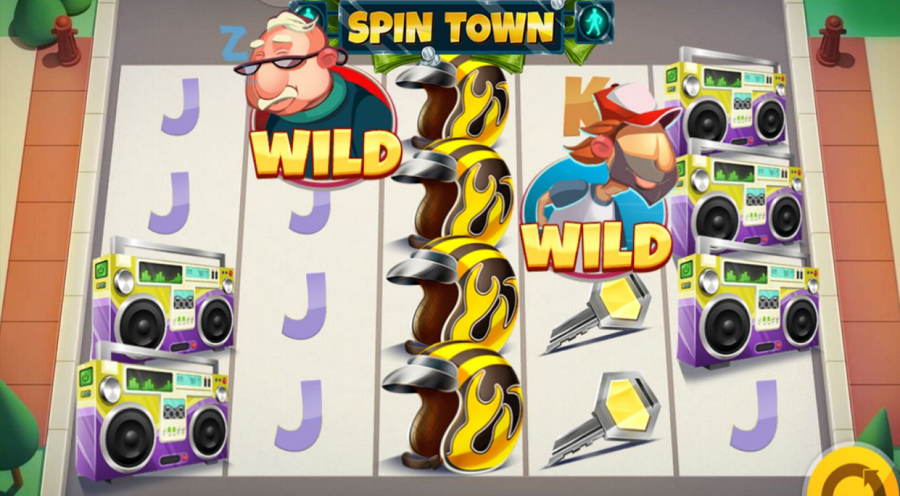 What’s more, if you can land three of the special symbols you’ll see the reels transform. The four rockin’ Wilds can cross the slot up to 10 times, while guardsmen activate Mega Wilds, which can cross the reels from either side.

Sleepy Wilds can fall into a slumber while crossing the reels, thus remaining in play for longer. Speedy Wilds can move two reels at a time. And there are Couple Wilds that give you a 2x Multiplier.

With a wealth of features and a high hit rate meaning there’s always plenty going on, Spin Town is a colourful, exceedingly quirky slot that’s fun to play even before you factor in the potential for a payout. Ready for an unusual journey to the Big Smoke? Let’s hit the Town…

Spin Town is out now. Visit 32Red Casino to check out a wide range of table games and slots to keep you entertained!